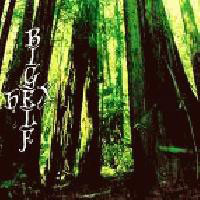 Immediately on the first song on “Hex” a noticeable turn towards 70’s hard rock is prominent. On opening track “Madhatter” a heavier more guitar oriented Bigelf steps out of the shadows. In addition they seem to have grown as songwriters as the melodic composition is catchier yet long lasting thanks to the bands ability to fill every song with authentic sounding details of 70’s progressive rock. As opposed to its predecessor “Money Maker”, this album still appears to be a natural progression. The sound, performance and feel are very similar, and the “Bigelf” feel is maintained in every aspect. There is still a lot of acid and 70’s prog rock on “Hex”. Still, on this album, the band incorporates elements from the more heavy styles of 70’s. Influences from Led Zeppelin, Deep Purple and Black Sabbath shines through in tracks as the previously mentioned “Madhatter”, as well as on  “Painkiller” and “Carry the Load.”

As for you 70’s acid rock fans who fell in love with “Money Maker”…  Not to worry. There is still a lot of nostalgia and unmistakable Bigelf elements to go around. Though the incorporating of heavier elements are mainly why I consider “Hex” to be a better album than the bands last effort. The variation between catchy hard rock tunes and surreal acid trips makes “Hex” more interesting as a whole. Bigelf even have their own “Hawkwind”-ish space trilogy going on with “Bats in the Belfry part I, II & III”. You only remember two parts you say… Well, the bonus on this reissue is four secret, unnamed tracks that is just as good as the rest of the album. Actually the tracks are 3 of the “Madhatter” EP, and one previously unreleased track (as far as I know it’s unreleased, there is no info in the cover or online.) The three other bonus tracks are “Why?”, “Brown-Eyed Girl” and, you guessed it, “Bats in the Belfry part III”.

Bigelf’s evolvement on “Hex” would later prove to be a formula they followed on their next album as well. In addition to have lots of King Crimson and Led Zeppelin in them, as done on “Money Maker”, “Hex” also shows stronger parallels with bands such as Black Sabbath, Deep Purple and Uriah Heep. All in all, “Hex” is a worthwhile album which set the standard for what later would be perfected on “Cheat the Gallows”, which sparked Bigelf’s definitive breakthrough. If you liked “Cheat the Gallows” but haven’t checked out Bigelf’s earlier stuff, there is no reason not to acquire “Hex”.