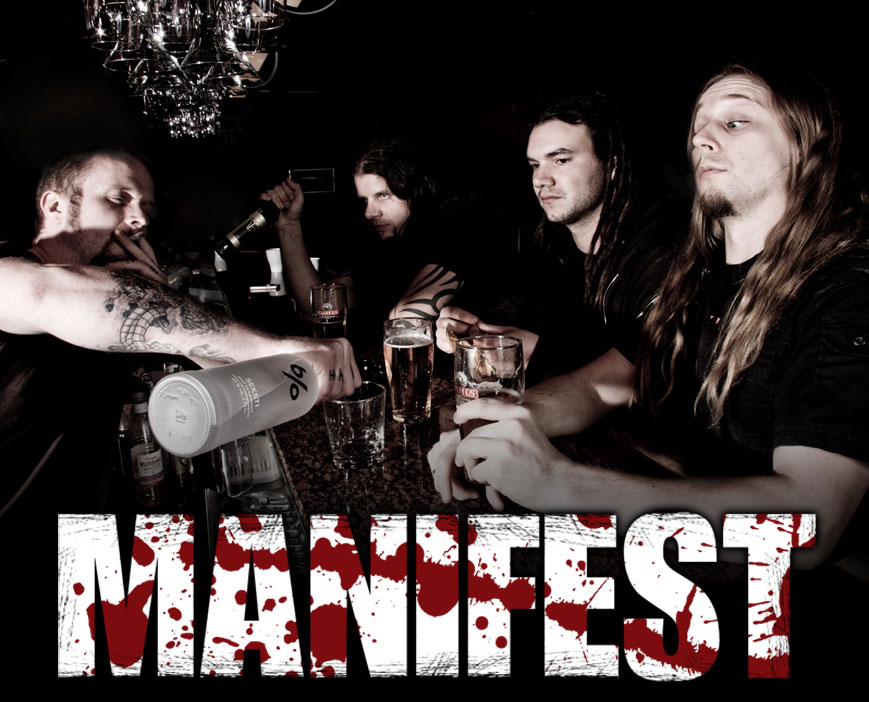 Norwegian thrashers MANIFEST have announced that the release party for the bands third album Written In Blood, will be held at Blæst in MANIFEST`s hometown Trondheim, on Friday October 8th. Support will be by Pelagic.

Comments the band, "We are really looking forward to the release party, and hope to see as many of our fans and friends there as possible! Support will be by Pelagic, which is a really cool, hard working band from Malvik, just outside of Trondheim. Pelagic guitarist/vocalist Håvard Alvarez Herjuan also contributes with backing vocals on some of the tracks on Written In Blood, so it makes sense to have his band open for us at the release party!"

MANIFEST will release their third album, Written In Blood, in Norway on October 11 2010 via their own record label, Violent Media. Violent Media has inked a distribution deal with Norway’s top metal distributor Indie Distribution for this CD.