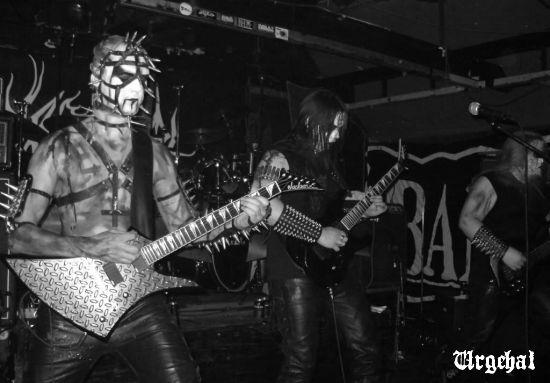 URGEHAL til Season of Mist

Season of Mist's Underground Activists division is particularly busy these days. After the recent signing of RIMFROST and OTARGOS, we proudly announce that Norwegian black metallers URGEHAL just joined the roster! Read the band's comment:

"We're glad to announce the signing with Season of Mist Underground activists. After 17 years of existence it's about damn time to spread this Satanic perversity through something greater. The Underground Activists division fits us perfect with the total freedom and underground spirit we always aimed, but with a major distribution and support. We're looking forward for the future co-operation with SOM and remember comrades, the real Black Metal is still underground."

URGEHAL's sixth, yet untitled album won't be out until early 2010. In the meantime, you can see the band perform at the following summer festivals: