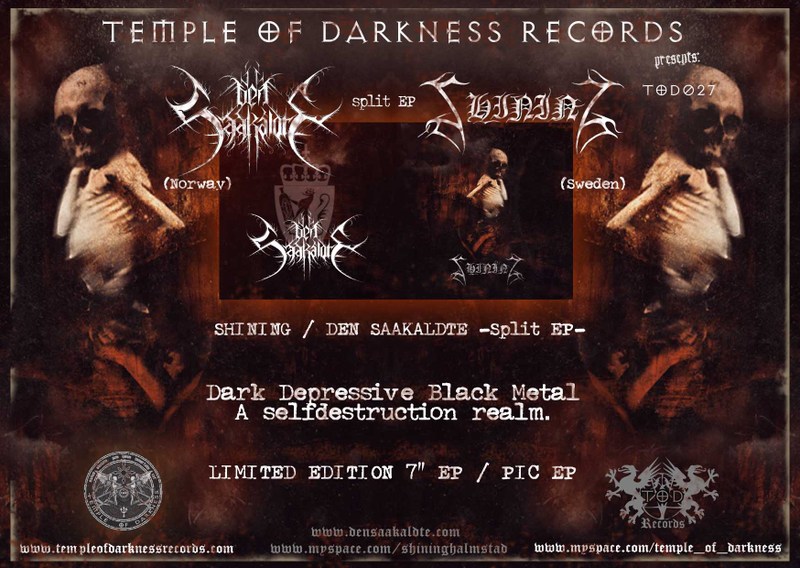 A split EP by Black Metallers SHINING and DEN SAAKALDTE has been released this week by Temple of Darkness Records. The 7" EP comes in a gatefold cover and is available in three different limited edition versions. The plain black vinyl is limited to 666 copies and the Picture Disc is limited to 250, whilst there have only been 100 copies produced of the Die Hard version which comes with an exclusive T-shirt.

Sweden's SHINING and Norway's DEN SAAKALDTE share the same front man in the form of SHINING's controversial vocalist and founder Niklas Kvarforth. Both bands also have new albums slated to appear in early 2009 when SHINING is due to release their sixth studio album "VI/Klagopsalmer" on Osmose, and DEN SAAKALDTE will release their second album "All Hail Pessimism", on Avantgarde.

More information about SHINING can be found at www.myspace.com/shininghalmstad, and about DEN SAAKALDTE at www.densaakaldte.com