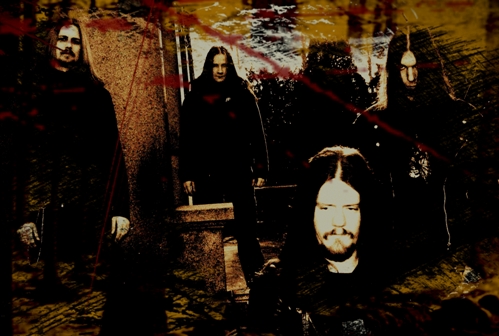 The Swedish band has developed a style all of its own, thanks in part to Wendel's years of playing in local Orchestras, which allowed VANDÖD to develop a distinctive sound that sets it apart from the usual run of the mill Black Metal bands, without ever losing its dark Scandinavian edge.

Vocalist Niclas Ankarbranth joined the band after hearing Wendel and Wikforss playing around with a track during a visit to the studios, and the trio were later joined by FALL OV SERAFIM's Ville Kemi on bass and backing vocals.

Tracks from the album, and a new video for the track "Burden of Eden" can be found on the band's official MySpace page at www.myspace.com/vandoed.