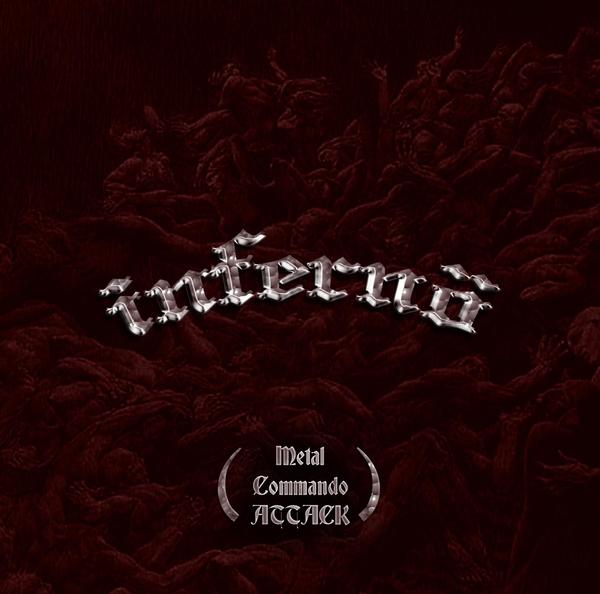 'Metal Commando ATTACK' is a compilation album from notorious Norwegian thrashers Infernö. Spanning the band's entire career, from their first filthy demotape 'Massacre In Hell', through various now obsolete compilation and 7"ep tracks, topping it all off with an unedited recording of their last live appearance in 2005.

INFERNÖ initially reared its ugly, stinking head in 1992, when then underground youngsters Einar "Necrodevil" Sjursø (BEYOND DAWN) and Sigurd "Satyr" Wongraven teamed up to play obscure black metal covers and get drunk. Besides a couple of rehearsals and a performance at a youth centre, little was heard of the outfit until 1995 when INFERNÖ unleashed their first and only demo upon the unsuspecting world. The band now consisted of Necrodevil, Aggressor (AURA NOIR), Bestial Tormentor (LAMENTED SOULS) and Hazardous Pussy Desecrator (BEYOND DAWN) and the focus had shifted from black to pure 80s alcohol-driven Thrash Metal. So authentic were some of their songs, INFERNÖ were quickly deemed as "rip-offs" by some, and surprisingly the loudest roars came from Germany, whose legendary mid-80s thrash scene (KREATOR, DESTRUCTION, SODOM etc.) was a huge influence on the band paying homage to a genre that was by most considered dead at the time. Osmose Productions were among those who got the point though and immediately saw the band as something more than a "drunken joke" (at the time a regular, however not entirely unfounded misconception), signing INFERNÖ for a 2-album deal. 'Utter Hell', an orgy in thrash metal worship with more than a few nods to bands like SLAYER, DESTRUCTION and HIRAX, followed in 1996 and the band went on tour with labelmates ENSLAVED and ABSU. Charged with energy from thrashing Europe, they rapidly hammered out another ten songs, creating the semi-cult album 'Downtown Hades'. On their second album, INFERNÖ had come into their own and their blatant borrowing of ideas were not that blatant anymore. In its place was a newfound energy and a viciousness rarely heard. Cross the catchiest of thrash riffing with the untamed straightforwardness of punk, then up it say, ten notches and you may get the idea of the quantum leap INFERNÖ made with 'Downtown Hades'. The album is today cited as a classic in well respected circles of the underground metal scene, and deservedly so. Unfortunately, few people bought the record and another tour was out of the question. Thus ended the deal on Osmose and the band went off the radar for several years. Songs for a third album were however written and in early 2004, four new slabs of thrash were caught on tape. The following year the ep 'Thrash Metal Dogs Of Hell' surfaced, as well as two 'Überthrash' compilation ep's coinciding with the Überthrash fests featuring the first INFERNÖ live performances in years alongside thrash stalwarts NOCTURNAL BREED and AUDIOPAIN. Those three vinyls are now long gone, but can thankfully be enjoyed in all their drunken glory on 'Metal Commando ATTACK', as can the last Überthrash performance. A right kick in the nuts while waiting for more INFERNÖ material to bang yourself stupid to. THRASH TILL DEATH!!!