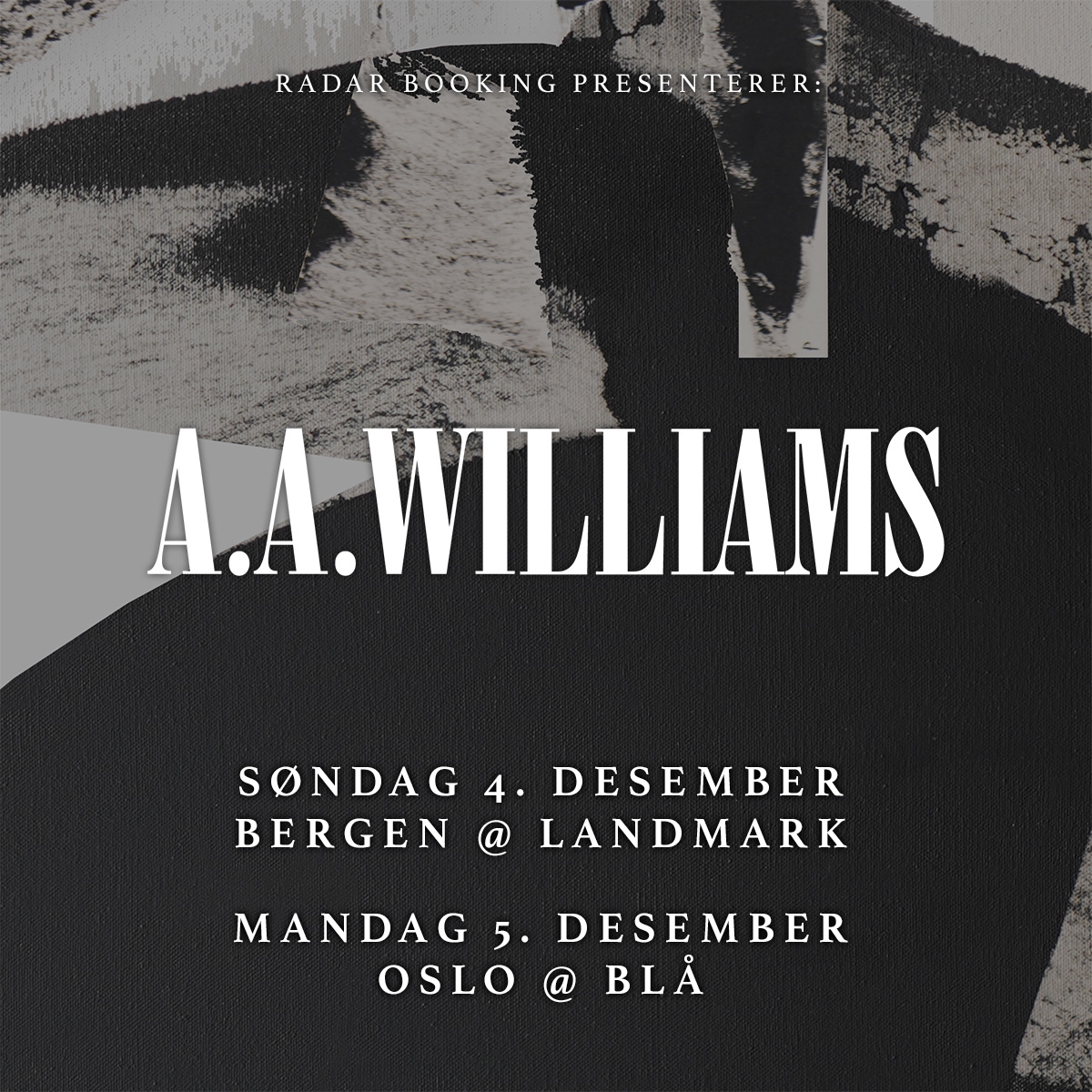 “Traditionally, your second album is the worry: you don’t want to create something that people don’t like as much,” A.A. Williams contends. “But I must create music I like myself, and I’ve had more time on this record; I’ve felt more confidence and conviction. As The Moon Rests is heavier and softer, there’s more texture and weight, and a string ensemble. It’s Forever Blue times ten!”

Released in 2020, Forever Blue was the London-based singer-songwriter’s album debut, a brilliantly dramatic, unique and intimate walk on the dark side that fused bold and smouldering hues of post-rock and post-classical. By turns, it was glacial and volcanic, blissful and violent, through moments of disarming quiet and explosive volume, equally appealing to alt-rock and metal camps.

“The shifts between moments of high drama and quiet tension point to her kinship with Chelsea Wolfe and PJ Harvey,” stated Uncut. “Stirring and evocative… The chances of a more heartrending and fully formed debut emerging this year are practically zero,” reckoned Metal Hammer.

As Williams contends, As The Moon Rests amplifies the scale of her ambitions, crystalised by ‘Evaporate’, the first track released from the sessions. It comes with a video that embodies the thrilling tensions of Williams’ world, where emotions walk a fine line between control and chaos. Likewise, the impact of William’s deep-trawling voice and lyrics that ask all the right existential questions throughout As The Moon Rests: who am I? What can I change? What can’t I change?

Williams would rather not specify any incidents, triggers or memories behind each individual song. “It’s all part of an overriding arc,” she says. “I don’t think about what I’m writing with the idea someone will ask me what it means! With hindsight, some songs I figure things out, others I disappear into a hole. For example, in ‘Evaporate’, I’m trying to keep a lid on fizzy complicated thoughts, which just explode. Other times, I’m more relaxed. Mostly, writing is more retrospective, not about the here and now. The lyrics are the place where I figure things out.”

Now Williams and her live band – Thomas Williams, Wayne Proctor and multi-instrumentalist Matthew de Burgh Daly – get to figure out a proper headline tour in support of an album, since lockdown meant that their first headline show on London’s South Bank in early 2020 became her last for well over a year, until a short headline tour in Autumn 2021 that at least gave them the chance to commune with fans and feel the white heat and spark of performance. In August of this year, they’re supporting Japanese post-rockers MONO, Williams’ collaborators for the 10” vinyl single ‘Exit in Darkness’ (released in December 2019); in September, to launch As the Moon Rests, comes their biggest headline show yet at London’s Queen Elizabeth Hall. Following that, Williams will undertake her first comprehensive headline tour: a 6-week trek across the UK and Europe, taking in 34 shows over 12 countries. Williams’ journey may have been held up by events, but in all other aspects, everything that culminates in As The Moon Rests is incontrovertible proof that it continues to build and thrive.
:::
After five albums, a few Grammy’s, writing a Eurovision entry for Norway and hits for other artists, Karin returned to the village of her youth and bought the church where she first sang in front of an audience as a child.
She turned the church into a combined studio and home with her husband Kjetil Nernes, front man of the Norwegian rock band Årabrot.
And it is here that Imagination now holds sway.

”I got heavily into synths, hugely inspired by Fad Gadget and a lot of the other Daniel Miller signings for Mute in the early 80s. But there wasn’t a female community of musicians in that scene that I could really look to as an example, so it took a while to find my feet. I love pop music but I always need to dig deeper, evolve and find new territory. I easily move from Throbbing Gristle to Beyonce and back again.” – Karin Park

After a year of sold-out performance as the lead in Les Misérables, touring the world with Årabrot, and becoming a parent; Karin Park is back with a new album, her first in five years, in which she reflects on her journey and maturity in that time.

SLEGEST – new album out in January