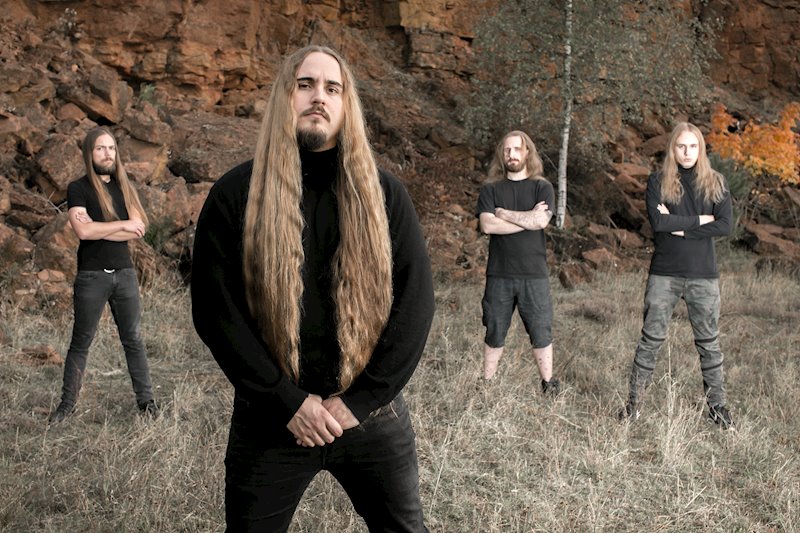 French Technical Death Metal horde CATALYST will release their 2nd full-length album “A Different Painting For A New World” on October 14th 2022 via Non Serviam Records. This opus is an epic journey across death metal with the band’s very own, unique flare to it.

“A Different Painting For A New World” will be released as 4 panel Digipak CD, Gatefold LP with 2 colored vinyls and digital.

Founded in 2017 by Jules Kicka, Catalyst is a 4-piece death metal act from France, dragging the old-school sound forward to open it up to a more contemporary, technical and progressive shade, apart from its kind.

After a well-received debut EP “Dawn Of A Dreadful Fate” released the year the band emerged and the critically acclaimed album “The Great Purpose Of The Lords” two years later, Catalyst is now ready to unleash their devastating sophomore album “A Different Painting For A New World” in 2022.

The original story of “the Catalyst”, vital core character of the band’s concept, is being carried through 10 brand new tracks produced by HK Krauss from Vamacara Studio (Loudblast, Sinsaneum, Dagoba, …), while artistic direction was entrusted to Above Chaos (Meshuggah, Moonsorrow, …), bringing you to egnimactif field of brutality and epicness.

Being a “concept band”, Catalyst tells an original story of a universe brought to life by 9 Lords, originally protecting its integrity, but now corrupted by the almighty Creator. In this new chapter, the Catalyst now needs to purify that world, contaminated by the Creator’s madness and chaos.

It tells the birth of a better world through destruction, but also about the battle of two entities fighting for different beliefs

The track listing reads as follows:

10 – A Different Painting For A New World