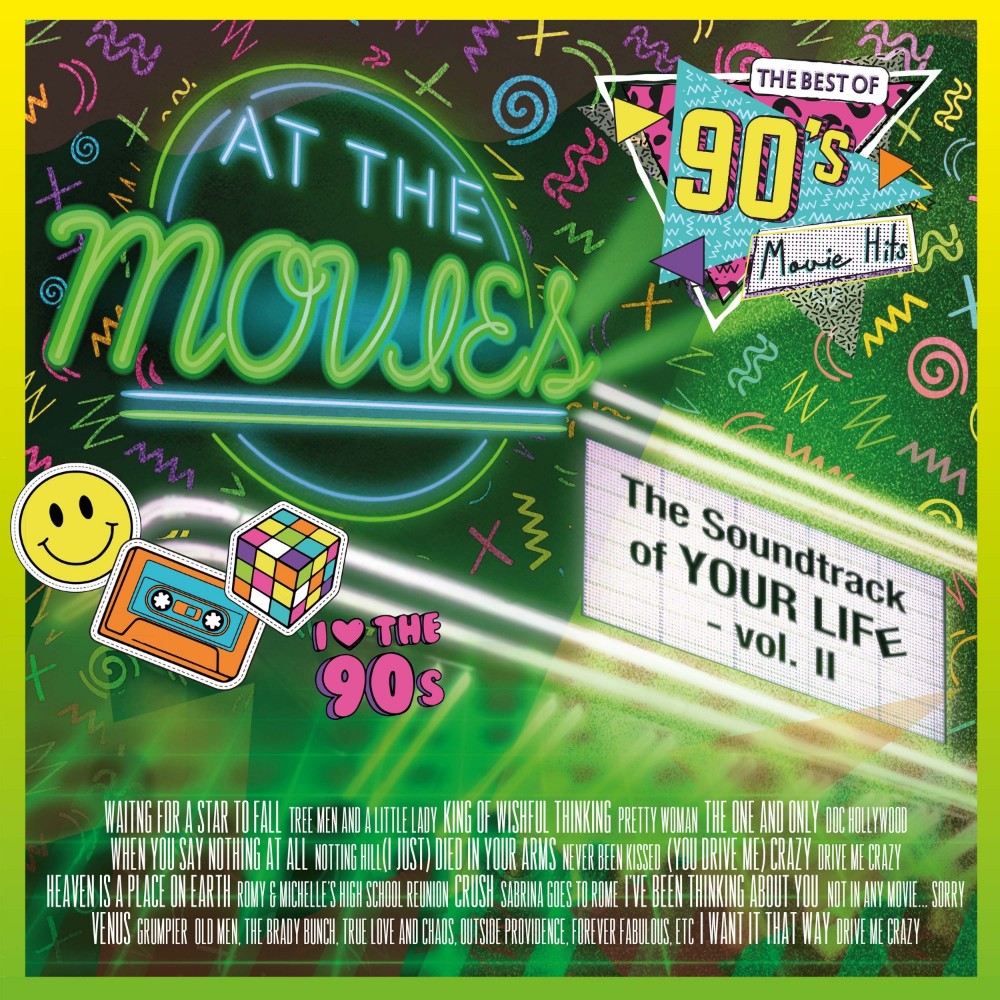 AT THE MOVIES – Movie Hits Of The 90s – The Soundtrack Of Your Life Vol. 2

Do you like 90s American movies, such as “Pretty Woman”, “Notting Hill” or “Doc Hollywood”? If so, chances are you also like the songs that made them famous. And now, Pretty Maid’s guitarist Chris Laney, along with bandmates Allan Sørensen (drums) and Morten Sandager (keyboards) teamed up with one of the finest vocalists in metal today, Björn Ove Ingemar “Speed” Strid (Soilwork, Act Of Denial), female vocalist Linnéa Viström Egg (Kamelot, Therion), guitarist Pontus Norgren (Hammerfall) and bassist Pontus Egberg (King Diamond, Wolf) as well as producer Jacob Hansen (Volbeat, Primal Fear) to bring you their heavy metallic versions with an overall very good result. What’s more, they have done not one album of these remakes but two, one for the 90s and the other for the 80s (see my earlier review) and this review concerns the 90s.

Having heard the volume 2 – the 90s I can only confirm here what I said about volume 1 – the 80s: Björn “Speed” Strid is the new Freddie “Farrokh Bulsara” Mercury (Queen)! There seems to be nothing this extraordinary vocalist is not able to handle and he even sounds remarkably similar to the original vocalist on every track. As was the case with the 80s album, some songs came out better than originals, others are equals and some others came out not as good as the originals but Strid and Linnéa’s vocal performances are still the constants through it all, consistently amazing. Unlike the volume 1 – the 80s, though, none of the songs are perfect but three: Cutting Crew’s “(I Just) Died In Your Arms” (“Never Been Kissed), Belinda Carlisle’s “Heaven Is A Place On Earth” (Romy And Michele’s High School Reunion) and Jennifer Paige’s “Crush” (Sabrina Goes To Rome) come really close. Of the three, “(I Just) Died In Your Arms” is my favorite, even better a version than Cutting Crew’s original, which when you consider that what originally allegedly inspired Nick Van Eede to write the song was his “la petite mort” (little death) in his girlfriend’s arms during coitus, is no small accomplishment, as Strid makes it sound even more alluring and the instrumentation is both heavier and more melodic. Initially, I thought Belinda Carlisle’s original, with its almost Christian beautiful and uplifting lyrics, was better but the Strid-sung (!) metal version is just as riveting while simply huge, definitely destined for live performance. Of note is also Chesney Hawke’s “The One And Only” (Doc Hollywood) which is sung by Linnéa and which towers above the original while rocking hard and proud, Bananarama’s sultry “Venus” (Grumpier Old Men, The Brady Bunch, etc.) and the closing Backstreet Boys’ “I Want It That Way” (Drive Me Crazy) which At The Movies managed to make into even better hit (for me at least) than the original already was. And I should definitely mention the two other bested by them: Boy Meets Girl’s “Waiting For A Star To Fall” (Three Men And A Little Lady), a gorgeous original into a riveting metal remake and Ronan Keating’s “When You Say Nothing At All” (Notting Hill), again, a fantastic huge metal remake, and finally one where At The Movies actually made the bland Go West’s “King Of Wishful Thinking” (Pretty Woman) into a great sounding huge song.

What didn’t work in my view? Generally, despite the same score as volume 1 – the 80s, volume 2 – the 90s didn’t quite grab me as the predecessor, but there are two songs which had been terrible to begin with and At The Movies managed to make them sound even worse. Ok, more like London Beat’s original “I’ve Been Thinking About You” had been actually all right but At The Movies simply ruined it with a mediocre and disappointing chorus while Britney Spears’ “(You Drive Me) Crazy” (Drive Me Crazy) I’d always found rather generic and At The Movies version didn’t make it sound any better.

Since I freely admit that I am more of the 80s than 90s movie afficionado it could be why I find volume 2 – the 90s a bit underwhelming to its 80s predecessor. However, this is still a very good work overall and it may be that you find it equally or more appealing, plus, like the first one, it does take you back, so both are recommended to scratch that nostalgic itch.