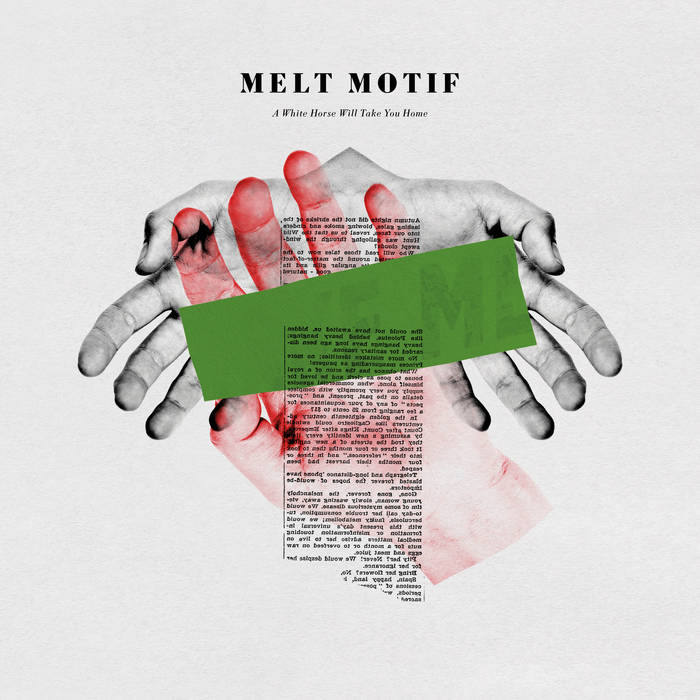 MELT MOTIF – A White Horse Will Take You Home

The intriguing musical entity known as Melt Motif, which consists of members from Norway and Brazil, is something quite extraordinary and weaves electronica, synthwave, industrial rock, and some other elusive ingredient that I cannot quite put my finger on to great effect.

While chunks of “A White Horse Will Take You Home” recall 80s retrowave music, other segments of this dense nine-track gem are more akin to some of the soundtracks that accompany the films of David Lynch, but rarely if ever does it feel as if things are not gelling or flowing seamlessly from one part to the next. The industrial elements add a cold and sharp edge to the proceedings, and as eloquently crafted compositions such as “Mine”, “The City”, and “Everything Will Disappear” show, there is a fine line between the beautiful and the harsh, or the graceful and the aggressive, if you will. The vocals courtesy of Rakel add a sense of something tender, fragile, and occasionally ethereal to the songs while also complementing the noir-ish atmospherics of the record, and the percussive pulse that inhabits the material coupled with the devastating crescendos of the guitars is a real delight to experience.

It takes take and patience to absorb and digest every nuance and layer of this cleverly constructed piece of evocative art, but those of you with an open mind will be richly rewarded and it is a terrific ride through compelling electronic landscapes.