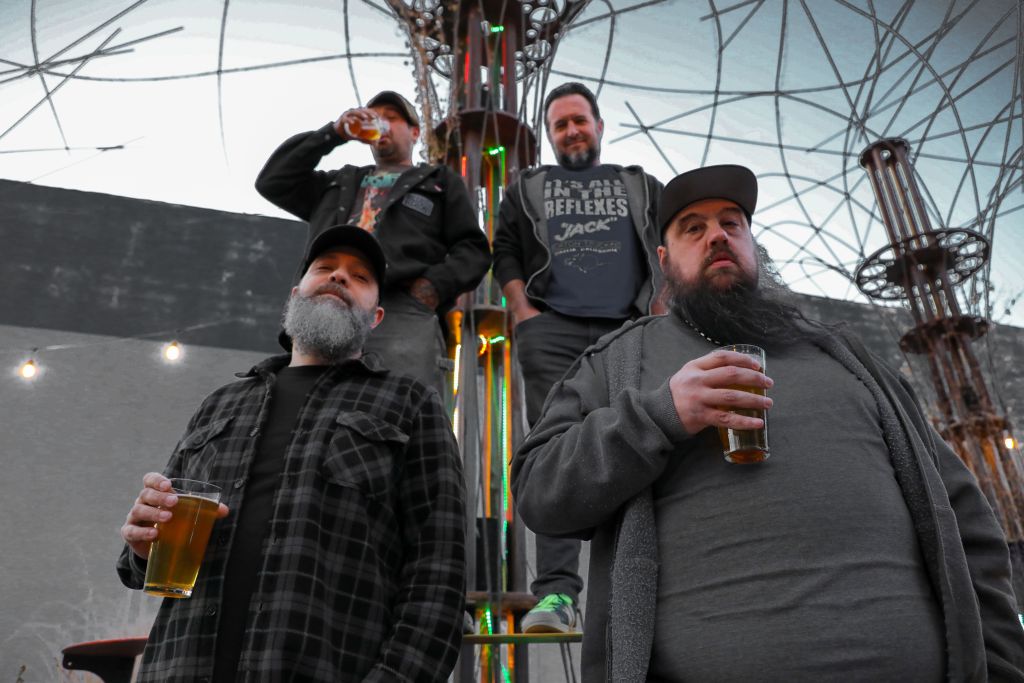 May 27th 2022 is when Blue Heron releases their debut album, Ephemeral.  It contains eight songs of massive, spacious, occasionally delicate and almost always groove-driven desert rock, forged in the wind-swept, sun-baked New Mexico expanse and refined into a musical statement as significant as this band could make.

While the album’s lyrical threads range from mortality and the fleeting nature of existence to mythic fables about deposed gods and failed civilizations, the band’s ultimate goal was to make a record that’s stylistically diverse, thematically ambitious and unassailably relentless in its raw, desert power.

Kyuss, Down, COC, Lowrider, The Melvins, Soundgarden, High on Fire, and Quiet Riot (umm?) have been mentioned by journalists parsing what has been done thus far

To get a taste of what’s to come, you can see the videos for first two singles “Futurola” and “Push the Sky“

Blue Heron coalesced in 2018 around a compulsion to fill the wide New Mexico skies with massive volume, and saturate their piece of desert with thunderous riffs, drums that pummel and swing, deep, thrumming tones and vocals that rip and roar. Based in Albuquerque, New Mexico, their firsthand relationship with the desert is inextricable from who they are and how they sound.

Blue Heron’s guitarist and singer were founding members of Spiritu, possibly Albuquerque’s first desert-style rock band, who burned briefly yet brightly with a Jack Endino-produced debut LP, a European tour with Clutch, Spiritual Beggars and Dozer, and a compilation slot next to Entombed and Mastodon.