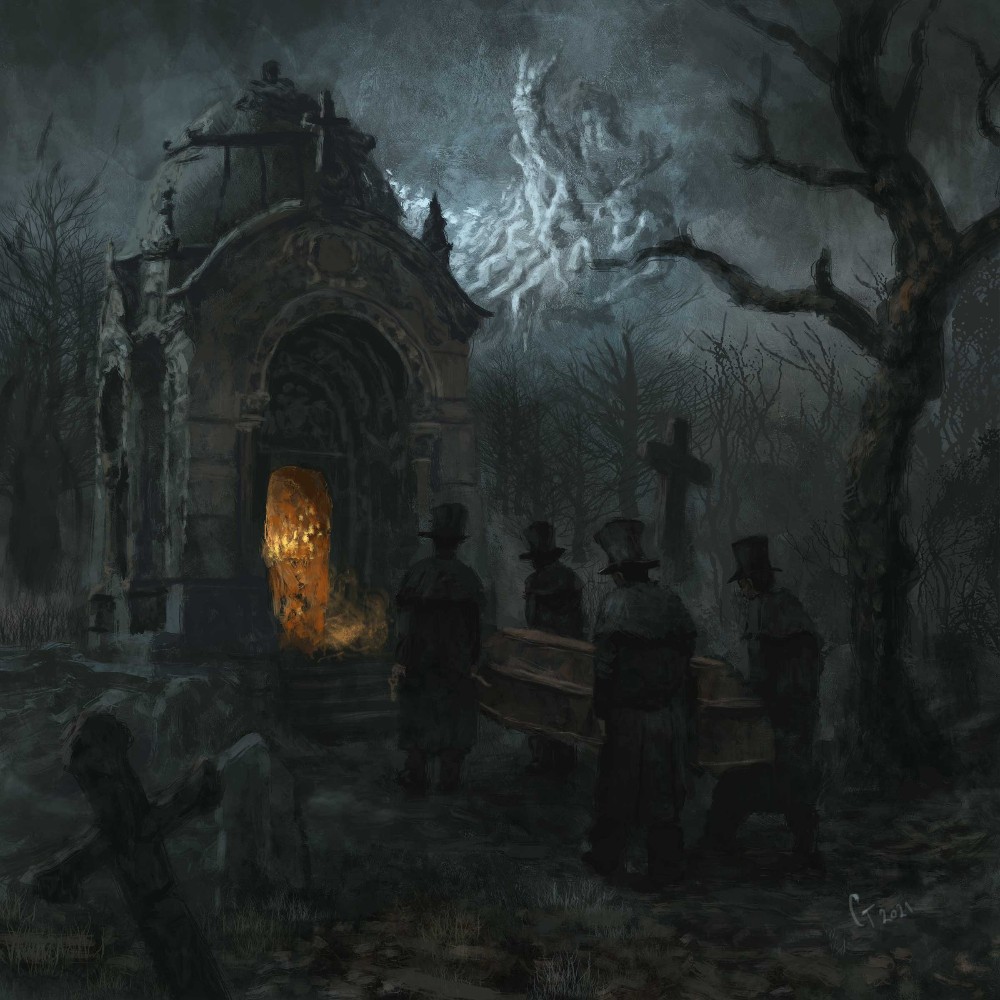 While there is no shortage of classic Peaceville-imitating bands on the death/doom (or doom/death, if you will) market one hardly expects it to come from Hungary yet that’s where the duo comes from armed just with one demo prior to this debut LP, simply named “Rothadas”²⁰¹⁹ released on their current label Me Saco Un Ojo Records. There are no surprises here apart from their country of origin and the act’s lifespan: an old Hypocrisy or Immolation vibe here, a classic Obituary or Death riff there, but the songwriting is great to excellent with one track of pure perfection, to say nothing of execution worthy of each of the aforementioned names, “Kopár Hant… Az Alvilág Felé” is a very impressive debut, indeed.

As I like to start with best tracks on very good albums, the spectacular “Koporsószeg”, a perfect throwback to the early but not ancient Immolation is definitely a place to begin the accolades, with hooks and changes on a dime you’d expect from a seasoned act. It is a perfect summary and representative of what Rothadás, that is, Lambert Lédeczy (vocals, drums), Hanyi “Disguster” Tibor (guitars, bass), has to offer. Both gentlemen have been or are parts of several other bands you have likely never heard of since as far back as 2000, which totally explains why they are so good already on their debut album. Acting on that knowledge you are probably less likely to be as impressed by their ability to craft a massive AND memorable monuments as the closer “Temető” which lasts a whopping 12 minutes plus but your jaw is still at least partially on the floor. There are some obvious Peaceville Trinity references: My Dying Bride from the debut here (Kripta), Anathema’s “Serenades” there (Sírkő), ancient Paradise Lost from the first two classics in another place (Utolsó Kenet) but mostly Rothadás recalls “The Fourth Dimension” and “Abducted” Hypocrisy, particularly on the aforementioned closer. What makes them standout are the more modern references such as “Nonexistent” and “Inhabit” Living Sacrifice (and therefore possibly Malevolent Creation), Ulcerate and Nevermore (Koporsószeg) and more could probably be gathered from additional spins of this satisfying and excellently produced, 43:30 minute disc.

Murkey, massive, powerful yet catchy as Obituary’s “Cause Of Death” or Immolation’s “Close To The World Below” with a fantastically creepy and apt cover to boot, “Kopár Hant… Az Alvilág Felé” is right up my alley with a sound perfect for the genre, already signalling a serious player on the scene, one other younger bands are bound to emulate and with just one flaw: “Koporsószeg” so perfect it outshines the remaining four tracks none of which, however deserves any less than 5/6 so let this be the final sentence.

THE FERRYMEN – One More River to Cross