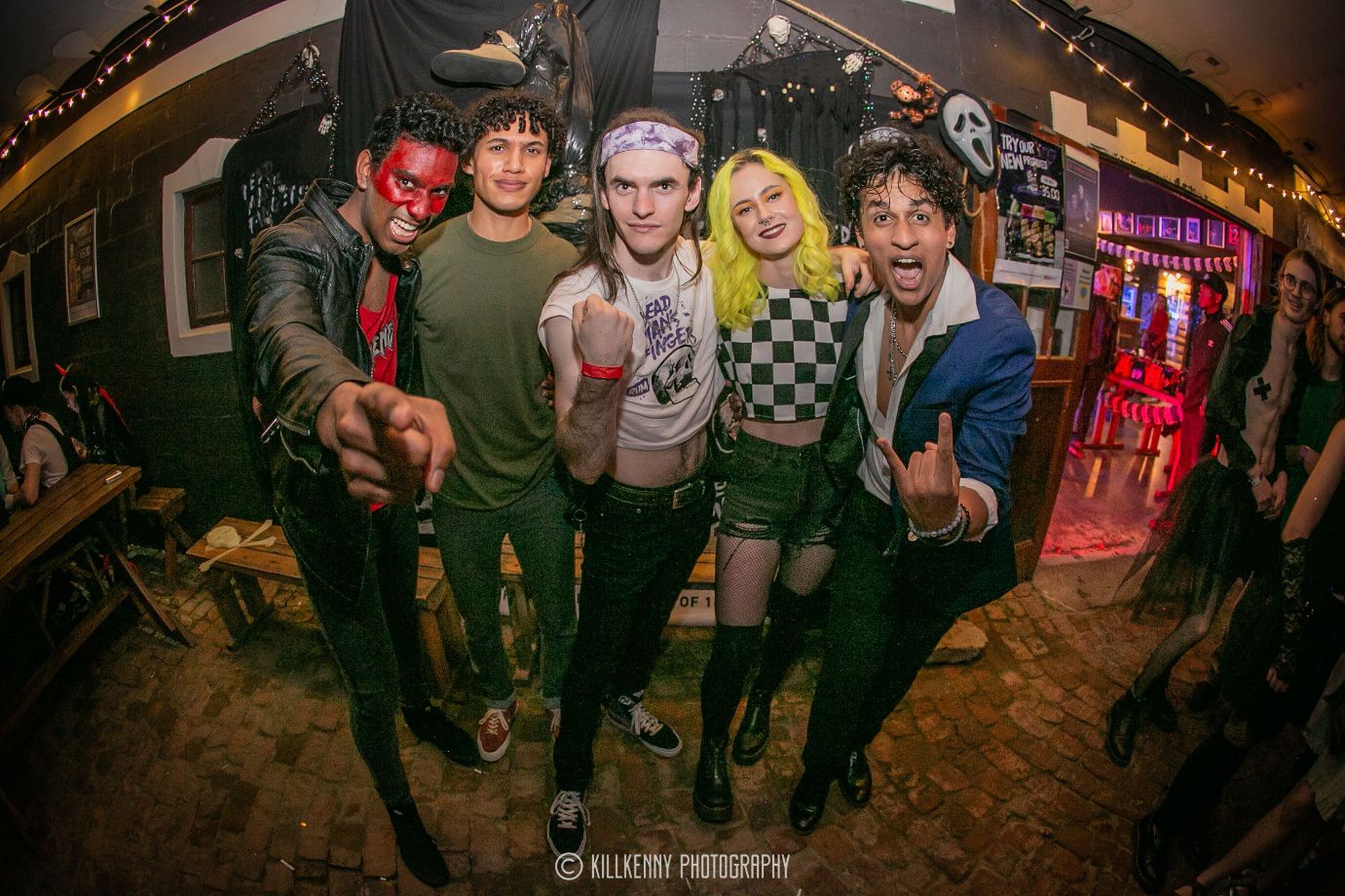 Cape Town’s MARENE show no sign of slowing down, having already released one EP earlier this year with the well-received Somethings Out There, the band wasted no time and dropped new EP After Life on the 29th October. White Midnight is the second single and video taken from the new EP after Beyond The Night Sky released in mid-October.

"White Midnight is the first song off our EP. It’s the torchbearer from where we left off with the previous EP and carries us into the new realms of what we consider to be our new musical direction which is focused on "rock music you can dance to". For MARENE fans they’ll feel like they’re returning to that classic MARENE sound." Explains vocalist and guitarist Tyler Duggan.

He delves deeper into the inspiration behind the track, "The lyrics focus on a concertgoer who suffers from substance abuse which is personified as his mistress. The darker lyrics are overshadowed by a sing-along gang vocal chorus which represents the way that substance abuse makes you feel great in the moment and a part of the party, however, in between the big choruses (party life) you feel empty and addicted."

White Midnight’s music video has multiple stories that all intertwine into one crazy night. It’s tongue in cheek and represents the fun, vibrant energy that MARENE takes to the stage with each performance. The story was conceived by Tyler Duggan and Maronay Todkill with inspiration drawn from classic David Lee Roth music videos.

The video was filmed and produced by Natalie Frohmann and directed by Tyler Duggan.

After Life is available now on all digital platforms

With a razor-sharp voice and an intricate rhythm guitar, frontman, lead vocalist and rhythm guitarist Tyler Duggan takes the front of the stage by storm with high energy and cheeky dance moves. To his right, with a thundering voice and jazz-rooted bass playing is Ozzey Padayachee, the bassist that growls. If the frontman isn’t taking front stage, the lead guitarist Arian Helm steps into the spotlight, running shreds and dinosaur bends. In the middle of an epic guitar solo, he shoots sparks from the headstock of his guitar into great heights. Steadily behind the band is Skye Nagel, but his shy soul doesn’t hide there, he thrives there. He makes sure he is heard with fist-pumping strikes. Filling gaps with arpeggiators and lead synths, is Maronay Todkill, but don’t be fooled by her stature-dynamite comes in small packages.

After the success of the release of their eerie and peculiar EP, Something’s Out There, MARENE decided to entrench themselves in a second EP that is powerful, heart-wrenching and hot-blooded. After Life represents MARENE, their Magnum Opus. The band topped their game with the blazing production of their very own frontman Tyler Duggan that feature young minds, powerful guitars and catchy choruses.

After Life is the exploration of the accelerated downward spiral of a substance and party dependent life. Analysing the self-destructive behaviour of past, present, and future youth that drives them into the dark realms of anxiety and depression, the band composed an EP that exploits the exact thoughts of the youth.