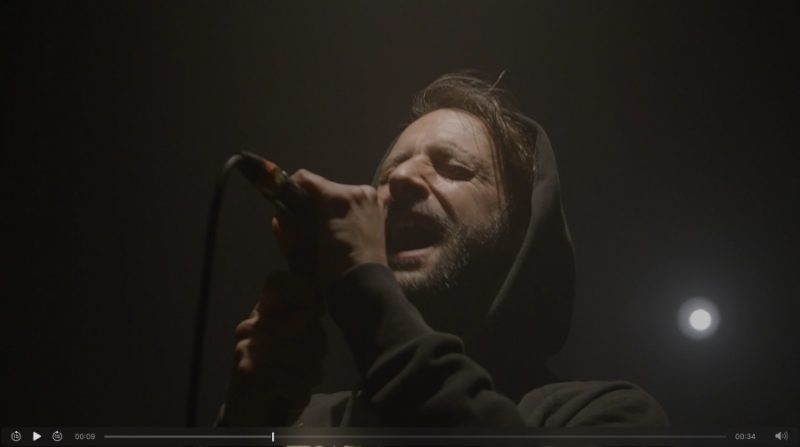 THE OCEAN have released "Jurassic / Cretaceous," the second video from their upcoming live album, Phanerozoic Live, set for release on November 26th. The live album is a showcase of two live events performed by THE OCEAN – Live In Bremen (Part I) and Live At Roadburn Redux (Part II), and will be released by Metal Blade Records digitally worldwide. Fans eager for physical copies can pre-order the album in various formats at Pelagic Records.

Phanerozoic Part I – Live in Bremen:

"Devonian" (Live in Bremen), as featured on Part I of the album, was released this past September as the first taste from Phanerozoic Live.

In early 2021 with no end of lockdowns in sight, THE OCEAN decided to thank their fans for the support with two streaming concerts, performing both Phanerozoic albums in their entirety: Phanerozoic I was streamed live from Pier 2, a big hall in the port of Bremen, Germany on March 25, 2021. With more than 1,500 tickets sold, it was the most successful show of the popular "Club 100" streaming events series thus far.

The day after this event, the band rehearsed and recorded Phanerozoic II in its entirety. This performance aired on April 16th as part of the digital edition of Roadburn Festival (this year aptly named Roadburn Redux). Both shows couldn’t have been more different: where the first part boasts with a pompous, mesmerizing lighting production on a big stage, the second part is quite the opposite: intimate, almost cozy, focused on musicianship rather than performance. "We wanted to give people two totally different experiences", says band leader Robin Staps. "In Bremen, we had the chance to record a proper live show, the way people know us. We played facing towards the front of the stage, to an invisible crowd, essentially to a huge empty room… but we knew people were watching, even if we didn’t see them. There was the same rush of adrenaline right before going on stage as you get before going on any stage, maybe with a little extra anxiety added, because knowing that so many people are watching you without being able to see them yourself was super weird."

The fans response to these special events was another testimony to how much THE OCEAN connect with their crowd at home in this very intense way was an experience that was "oddly beautiful and frustrating in equal measure," according to Staps. Now as restrictions begin to lift worldwide, THE OCEAN are more than ready to show fans in-person the power of Phanerozoic Live, with select shows starting this December.

"THE OCEAN do for earth science class what Mastodon did for Melville: make learning brutal."
DECIBEL

"A dynamic conclusion to a saga 4,500 million years in the making, and it’s worth every second of the wait."
METAL HAMMER