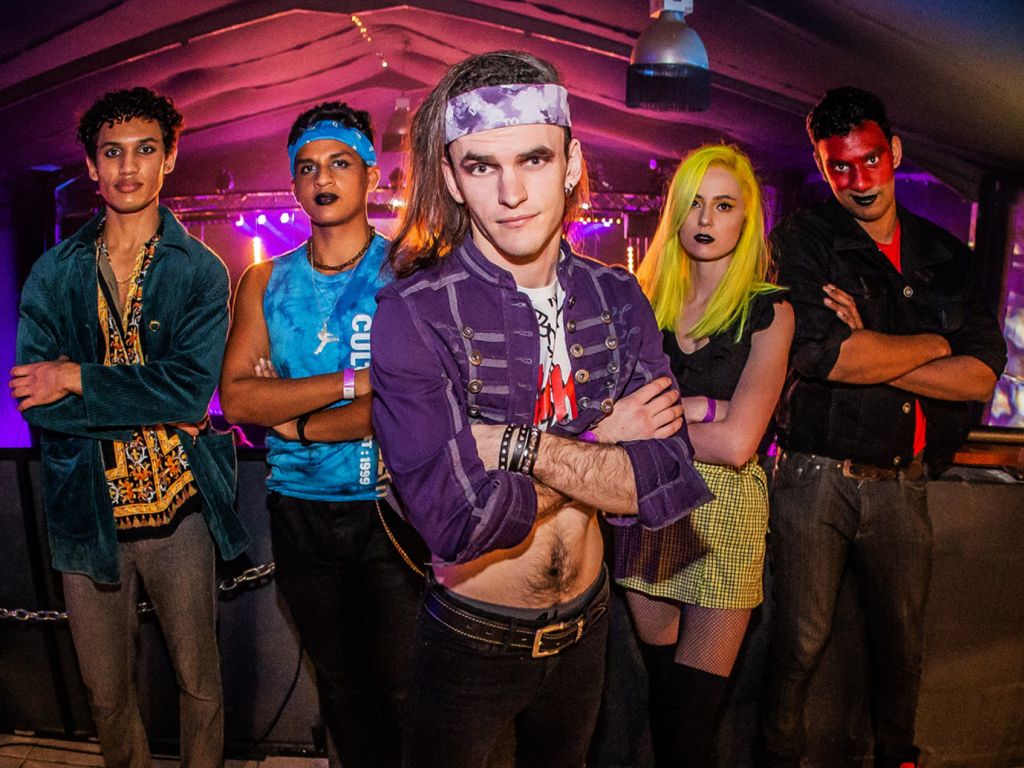 After Life is the new EP from South African self-proclaimed Flash Rockers MARENE, a youthful, monumental rock n’ roll band that lights up any stage with a bold show and contagious, fun attitudes. Blending epic riffs, electronic sounds, and sing-along choruses, MARENE creates rock music that bends genres and pushes boundaries—rock music you can dance to.

With a razor-sharp voice and an intricate rhythm guitar, frontman, lead vocalist and rhythm guitarist Tyler Duggan takes the front of the stage by storm with high energy and cheeky dance moves. To his right, with a thundering voice and jazz-rooted bass playing is Ozzey Padayachee, the bassist that growls. If the frontman isn’t taking front stage, the lead guitarist Arian Helm steps into the spotlight, running shreds and dinosaur bends. In the middle of an epic guitar solo, he shoots sparks from the headstock of his guitar into great heights. Steadily behind the band is Skye Nagel, but his shy soul doesn’t hide there, he thrives there. He makes sure he is heard with fist-pumping strikes. Filling gaps with arpeggiators and lead synths, is Maronay Todkill, but don’t be fooled by her stature—dynamite comes in small packages.

See above the music video for "Beyond the Night Sky", inspired by a-ha’s "Take on Me", a blend of animated, sketched characters and live-action shots. The animation follows a separate story to the live-action, but the live-action represents the dreams and aspirations of the animated characters.

After the success of the release of their eerie and peculiar EP, Something’s Out There, MARENE decided to entrench themselves in a second EP that is powerful, heart-wrenching and hot-blooded. After Life represents MARENE; their Magnum Opus. The band topped their game with the blazing production of their very own frontman Tyler Duggan that feature young minds, powerful guitars and catchy choruses.
After Life is the exploration of the accelerated downward spiral of a substance and party dependent life. Analysing the self-destructive behaviour of past, present and future youth that drives them into the dark realms of anxiety and depression, the band composed an EP that exploits the exact thoughts of the youth.