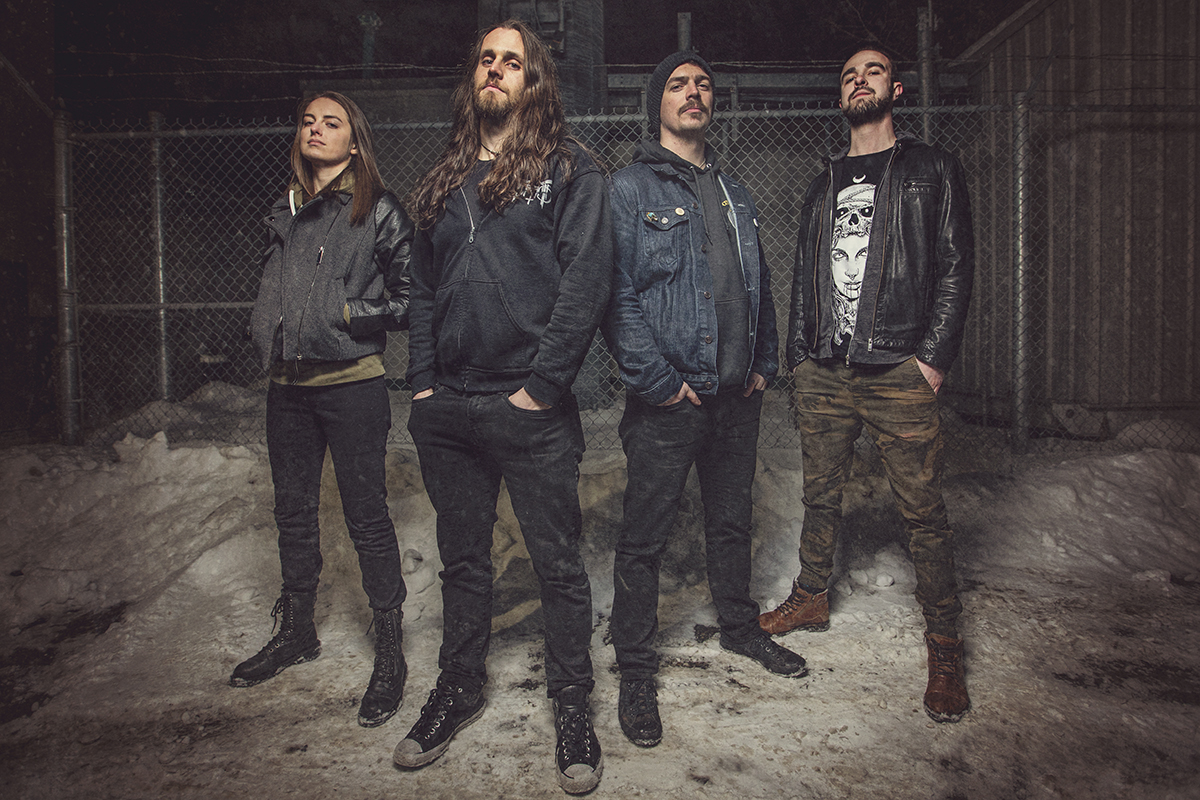 Canadian extreme metal band ILLYRIAN have premiered their latest single, "Age of Fire". The track is taken from their upcoming EP Aegis due out on October 15th 2021.

Founded in 2015 in Calgary, Canada, ILLYRIAN was formed from the remnants of several bands and music projects in their local scene. Seeking to bring together their different backgrounds and strengths, the band quickly set to work on what would become their debut offering, 2016’s Round 2: Fight!

2019 marked the release of ILLYRIAN’s sophomore record, The Entity, Unknown. The album solidified the band’s signature approach to the metal genre, blending elements of death and thrash metal with technical and melodic composition.

Adventuring out from their prototypical thrash metal roots while embracing the energy and drive from the genre, their sound further evolved into a more focused and precise vision, injecting elements of death metal and less conventional textures such as world percussion and traditional folk instruments into their music.

For their album, The Entity, Unknown, ILLYRIAN was awarded the 2020 YYC Music Award for "Metal Recording of the Year," punctuating a comparatively quiet year for the unit. Soon after, the band set to work on writing and recording their next production – a concept EP. Intentionally narrowing the scope of it to fully explore and realize its story and musicality, it was written and refined in isolation from one another both due to circumstance and creative choice.

Now, with the EP recorded and ready to be unleashed, late 2021 will see the arrival of Aegis, and the return of ILLYRIAN.