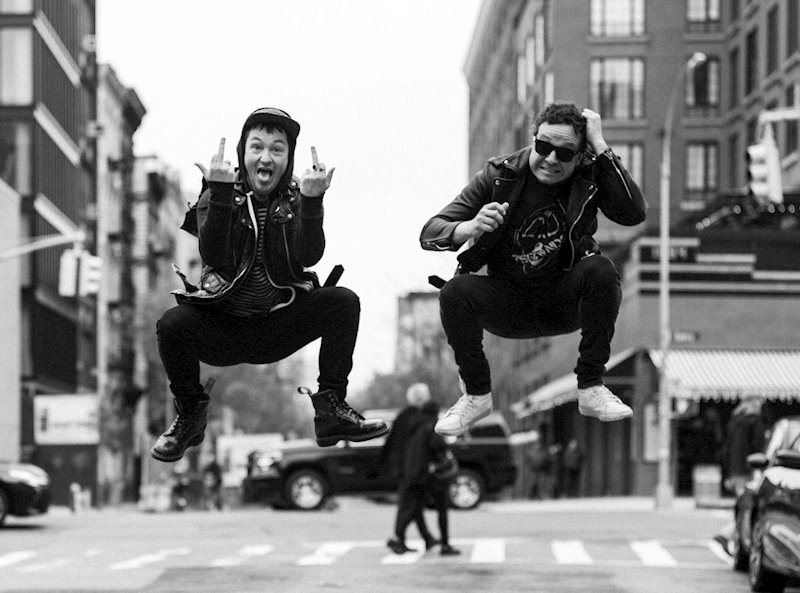 THE DEATH SET – new video out

THE DEATH SET Released a Self Directed Video, "Elephant" ; Album "How To Tune A Parrot" Out This September Through THIS CHARMING MAN RECORDS, COBRASIDE (US) and NIW! (JPN)

Australian-bred and NYC-based punk band The Death Set release the single and video for "Elephant" from their upcoming LP, How To Tune A Parrot, out this September 10 through COBRASIDE/BEHEMOTH (US) / THIS CHARMING MAN RECORDS (EU) / NIW! (JPN). The band is prepped and ready to reignite the hell-bent energy of their once-famous warehouse shows.

Directed and edited by The Death Set’s Johnny Siera, the video for "Elephant" is a satirical exploration of his brain’s twisted desire to self-sabotage after seven years of sobriety, meditation and a plethora of self-care routines. With nods to favorite films such as Wild Strawberries, Blue Velvet and Psycho, "Elephant" is a glimpse into The Death Set’s absurdist world that when you scratch a little deeper presents a dark, introspective stream of consciousness.

Quote from the band: "Elephant" is the warehouse party starter. An ode to why it all began. The video homages special films to us and pays trinute to the very real, everyday struggle of good and evil : How to not wake up everyday and not be a dirtbag

It’s been a long time since we’ve heard from those weirdos, The Death Set; their last full length came out in 2011. Ten years ago times were the opposite of quiet for these romper-stompers, with festival appearances all over the world, songs on soundtracks, video game features, two full-lengths on Ninja Tune’s Counter Records, a release on Steve Aokis’ Dim Mak label plus a support for The Beatsteaks arena tour.

A decade later, Dan and Johnny unleash "How To Tune A Parrot," and it’s a real rager. As the mighty DZ Deathrays say:  "It’s as close as you can get to taking amphetamines audibly."

But pure punk rock? Nah, it’s not so easy with The Death Set. Is it Electro, Noise, Punk or Artsy fartsy shit? You better go watch a show of these maniacs, then you’ll have your answer: it’s 102% supernatural, high-energy power, complete with mosh pits, dives, jives and hi-fives.