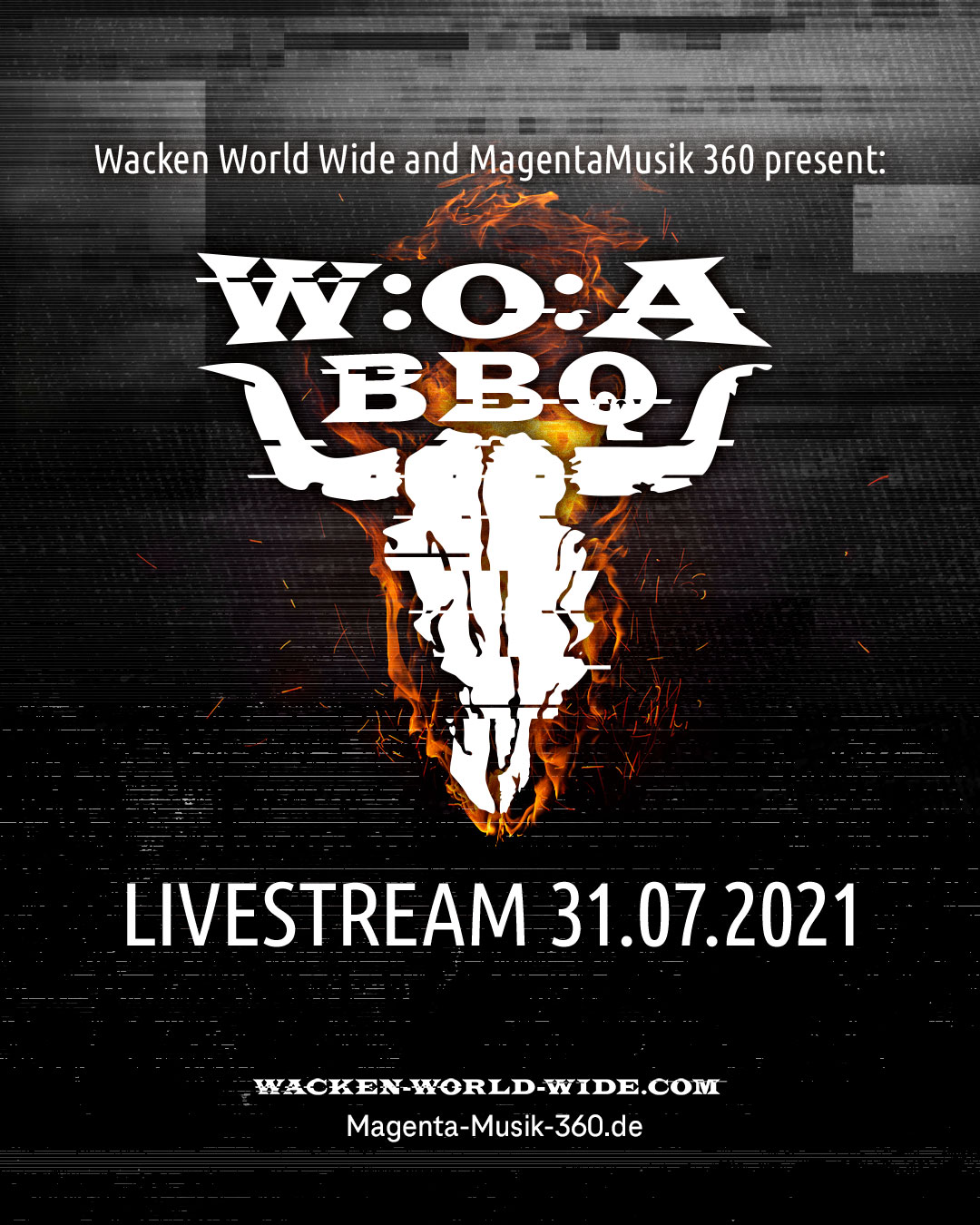 Even though Wacken Open Air had to be cancelled for the second time in a row due to the pandemic, metal fans from all over the world don‘t have to miss out on the legendary North German village and the finest metal on the "Wacken weekend". Like last year at Wacken World Wide, the festival promoters are teaming up with Deutsche Telekom and welcome the metalheads to the livestreaming event The W:O:A BBQ on July 31!

In cooperation with Telekom and presented by Wacken World Wide the founders of the world’s largest metal festival will be showing some of the metal world’s best concerts as a re-live and spicing things up with additional stories and interviews from the BBQ.

"We look forward to reliving some of the best W:O:A moments of the past few years together with many companions," says Thomas Jensen, Managing Director of WOA Festival GmbH. His partner Holger Hübner promises: "Even if such an afternoon can‘t replace a festival, it will be a great day full of metal that can be celebrated with metalheads from all over the world."

"Wacken Open Air is an integral part of the festival landscape. So that fans don’t have to miss out on the Wacken experience in 2021, we are bringing legendary companions to the Holy Ground together with the festival. We are incredibly happy to be able to present this special together with W:O:A – thereby continuing to live up to our role of sharing culture and supporting artists, their crews and more," says Michael Schuld, Head of TV at Telekom Germany.

The programme starts at 5pm CET on July 31st. This afternoon offers highlights such as Iron Maiden, Blind Guardian, Scorpions, Powerwolf, Eskimo Callboy with a total of five hours of entertainment being planned – available via MagentaMusik 360,  MagentaTV or Wacken.com. With Wacken World Wide, a top-class digital festival was set up in 2020 – W:O:A and Telekom have been working hand in hand for years.

About Wacken World Wide:
Wacken World Wide was implemented within a few weeks in the summer of 2020 set the record for the year’s most-watched music livestream. Here, the revolutionary XR Stage was used for the first time which was later refined for the #LAUTERWERDEN charity campaign. Wacken World Wide has been awarded with several industry prizes and is going to invite the whole world to Wacken in the future again and again – also with affiliated streaming events such as the upcoming W:O:A BBQ.

LUCIFER – a taste of their upcoming album ‘Lucifer IV’