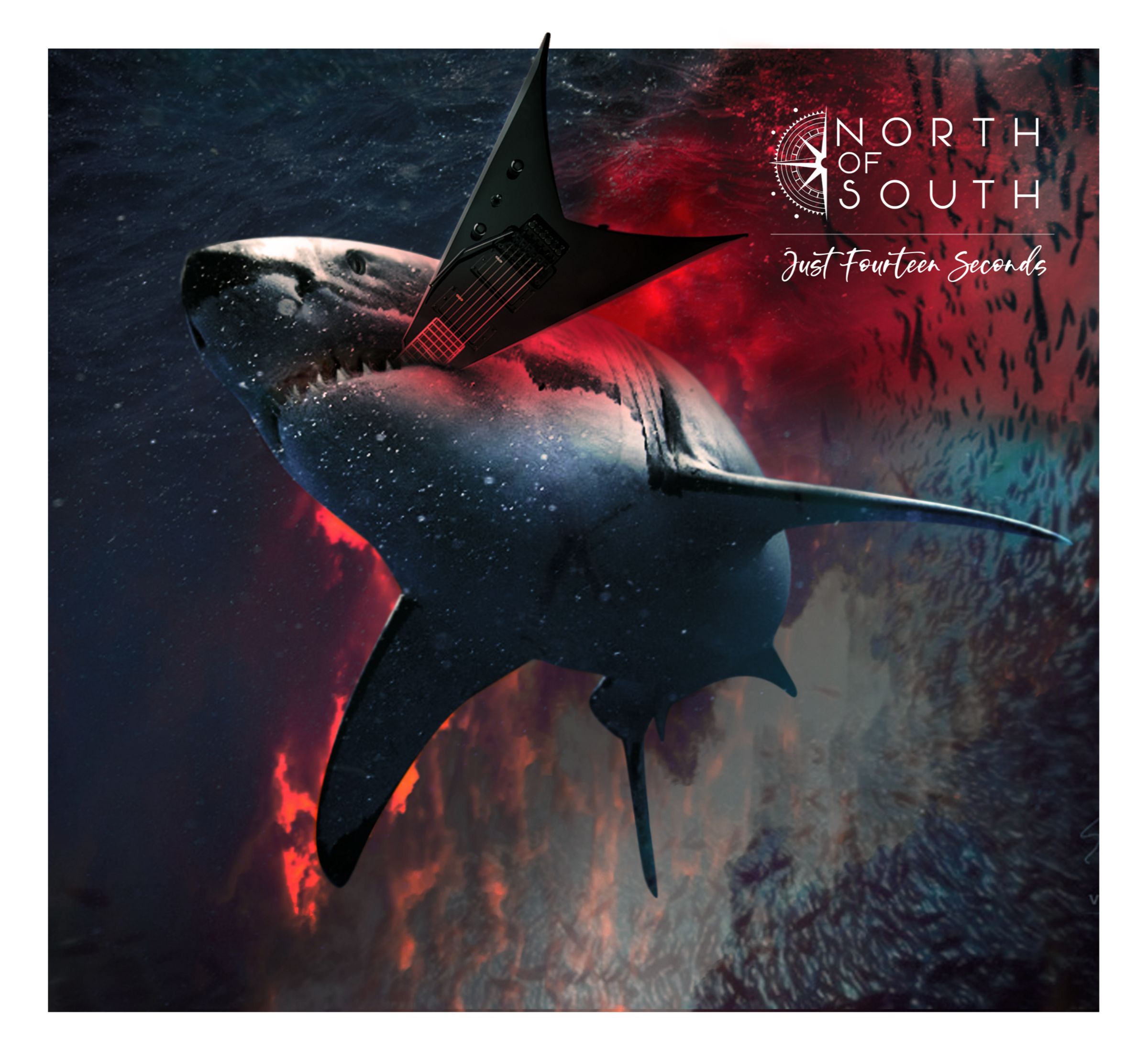 After the overwhelming irruption of the previous single, "Soul Cartography", featuring Evergrey‘s singer Tom S. Englund, NORTH OF SOUTH release their new song, "Just Fourteen Seconds", the heaviest and darkest composition ever in the history of this music project led by multi-instrumentalist Chechu Nos.

In the vein of the most collective side of North of South, this brand new single features Sakis Tolis, a true institution in the worldwide metal scene thanks to his prestigious career with European Black pioneers Rotting Christ.His presence symbolizes the hardening of NoS’ sound in their upcoming second album, "The Tides In Our Veins", planned to be released on June 25th.

In any case, "Just Fourteen Seconds" doesn’t renounce exploring the extreme diversity of North of South‘s musical influences, incarnated in this case by a Flamenco interlude starring Javier Caminero and a guest solo flute by Spanish Folk referent Rodrigo Martínez.Lyrically, this new track goes deep into one of the main "leitmotifs" in North of South‘s work: the conflicting relationship between Humanity and Universe. "Just Fourteen Seconds" also implies an environmentalist background linked to self-destructiveness of human nature.

On June 25th, North of South will release "The Tides In Our Veins", a firm step forward in their fusion of Extreme Progressive Metal with elements from very different genres, such as Melodic Jazz, Pop and Latin/Mediterranean music.

he album "New Latitudes" (2018, Rockshots Records) marked the starting point of North of South’s discography, followed by a second chapter, "The Dogma and The Outsider" EP (2019, Wormholedeath).

The upcoming second full length album, "The Tides in Our Veins" has been recorded again at Zoilo Unreal Studios (Marín, Pontevedra, España) and co-produced by Zoilo Unreal(Unreal Overflows) and Chechu Nos himself.

Heavy Metal is returning to Wacken!