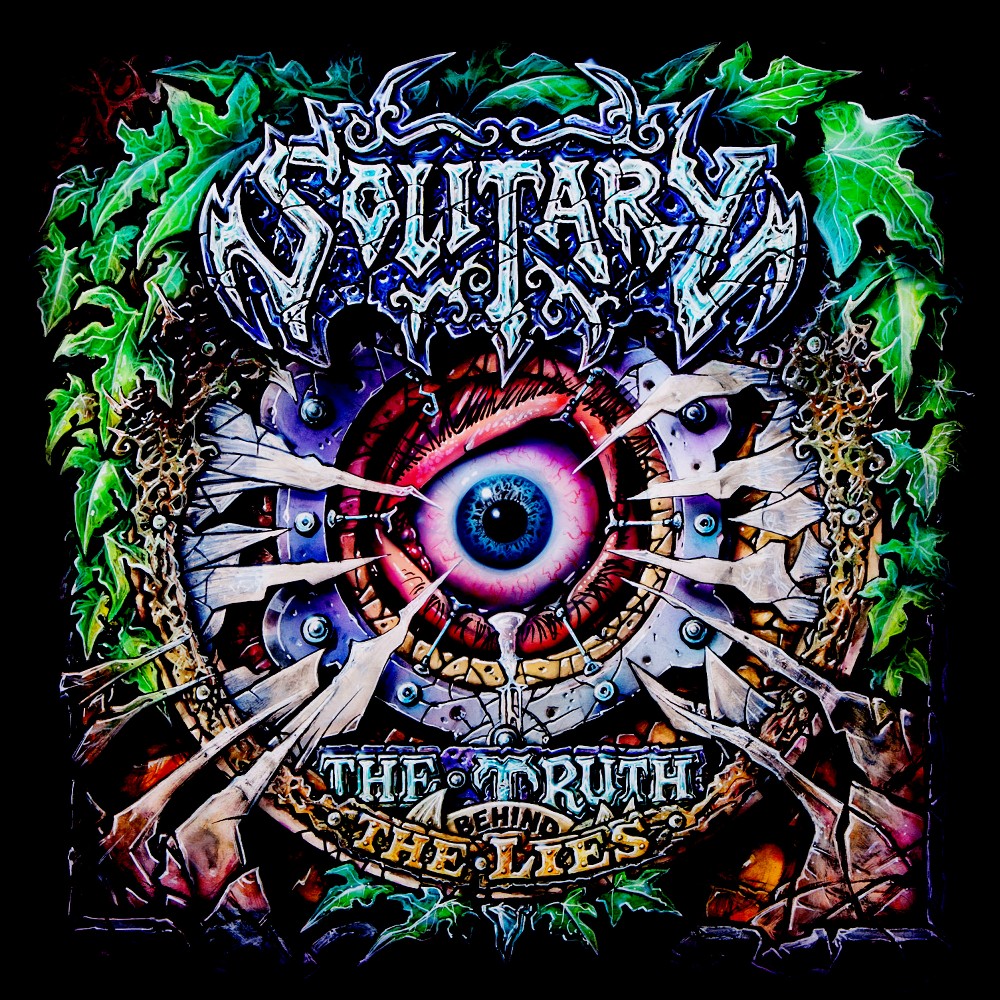 SOLITARY – The Truth Behind The Lies

The Great Britain is known to me mainly for its state-of-the-art doom/death metal but not so much for thrash. Having had, however, enjoyed "The Diseased Heart Of Society" I was ready for another LP, especially, since Paul from Imperative PR had personally called it amazing. While I wouldn’t go that far, I find "The Truth Behind The Lies" a very good thrash metal opus with some excellent riffs and solos galore and sometimes spectacular melodic songwriting.

Solitary is a brainchild of multi-instrumentalist vocalist Richard Sherrington who was the band, with the help of some session musicians, through the independently released "Desolate" (1995) and "Fear" (1996) demos as well as "The Human Condition" (1996) EP until lead guitarist Matthew Costello joined and the two recorded "Solitary 4 Track Demo" demo (2002) which attracted attention of Holier Than Thou for the debut full length "Nothing Changes" (1998), which, in turn, was recorded with incoming bassist Gareth Harrop and drummer Simon Tomlinson. The album’s single, "A Second Chance", topped the mp3 Metal Charts, having been downloaded four thousand times on average per month, but it took Solitary 10 years for the follow up, "Requiem" (2008), on Casket Music. By that time the band was reinforced by Andy Mellor (2003-lead guitar) and Roy Miller (1999-drums). With that lineup Solitary had recorded the aforementioned "The Diseased Heart Of Society" (2017) on UKEM after which Costello and Tomlinson left, leaving the final (?) line up at Sherrington, Harrop, Mellor and Miller for the recording of the 3rd album, "The Truth Behind The Lies", released on Metalville in October of last year.

The album has two modes: fast, simple and aggressive thrashers and more thought out, melodic traditional metal flavored verse/chorus structured ones. Of the former kind the opener, the DEATH ANGELic "I Will Not Tolerate" and the PRONGy "Abominate" (complete with Sherrington’s Tommy Victorian vocals) will likely make great live staples but I prefer the latter kind of which the MACHINE HEAD meets ANTHRAX on MY REGIME infectious harmony of "The Dark… The Resilient", the distant cousin of SLAYER’s "Dead Skin Mask", "Homage To The Broken" or the supermelodic closer "Spawn Of Hate" recalling ALL THAT REMAINS’ song "This Darkened Heart" are most notable examples. Indeed, on the second half, the closer is the only remarkable cut with almost half of the album a little samey stylistically, despite "Catharsis" bathed in MEGADETHian "Rust In Peace", on one hand, and in SEPULTURAic "Arise" stylings, on the other. Finally, the whole album has a strong feel of both vintage and newer BIOHAZARD, Sherrington sounding very similar to both Evan Seinfeld and William "Billy" Graziadei.

Strongly thrashy, instrumentally brilliant, flawlessly executed and powerfully produced by Simon Efemey of Paradise Lost’s "Draconian Times" fame, yet sometimes lacking hooks and melodies, Solitary’s 3rd full length is worth your time but I hope they will continue to evolve further in the "The Dark… The Resilient" rather than "I Will Not Tolerate" direction. At a bare minimum check out the former.

FM – Tough It Out Live