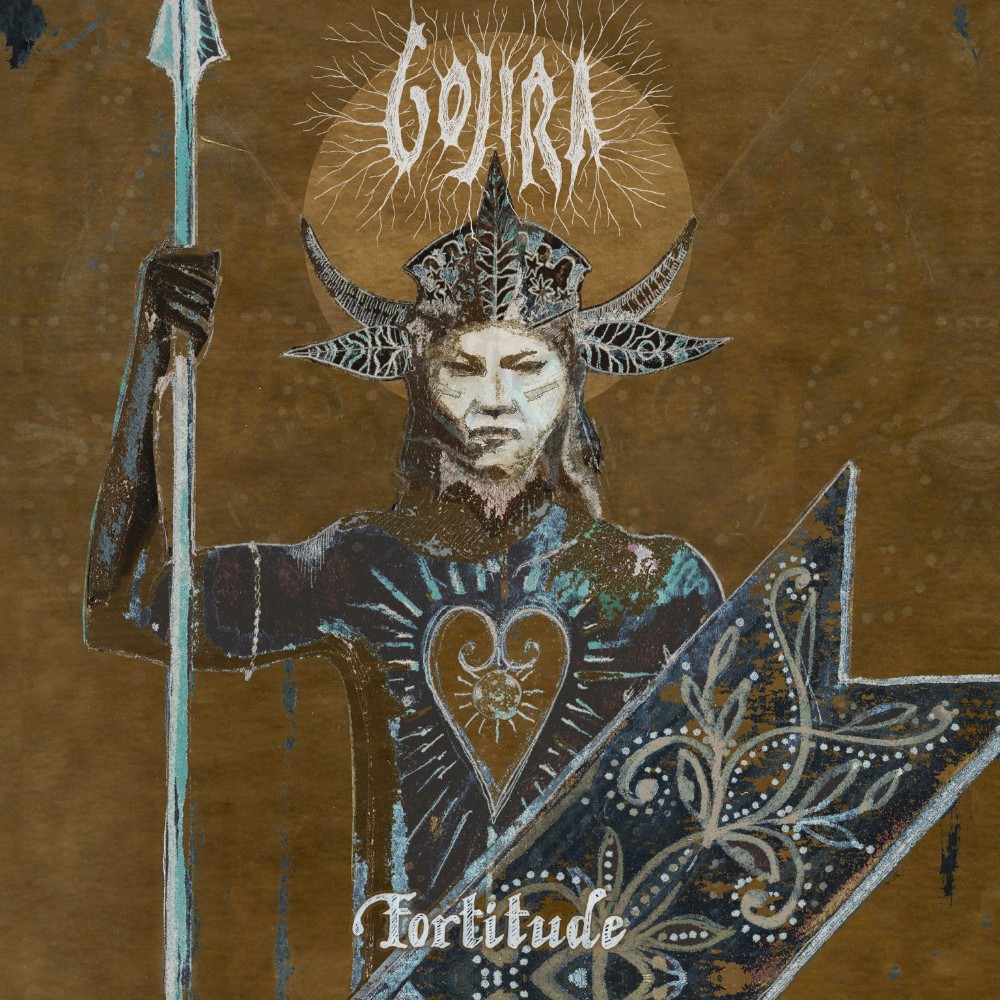 One of the most original bands in progressive metal next to Mastodon, Gojira had started as a death metal band with an industrial twist and had been made famous with their 3rd opus, the fantastic "From Mars To Sirius" and the excellent follow-up "The Way Of All Flesh" which eventually landed them on Roadrunner Records. Their newest album, "Fortitude" is almost everything a fan of those two records could desire, those huge and original riffs and subtle ambient melodies aplenty yet with occasional loss of momentum and self-indulgent songwriting.

Gojira is what they should have named the later Godzilla frenchise but then again, perhaps we wouldn’t have this French progressive collective who having funded as Godzilla in 1996 were forced to change their name to Gojira in 2001 to avoid a copyright infringement. Gojira was, then, born in 2001 and had had two lizard babies: "Terra Incognita" (2001) and "The Link" (2003) on two obscure labels before David Randall Blythe, the throat of Lamb Of God, started rightfully praising the band for "From Mars To Sirius" (2005) which found Joseph "Joe" Duplantier (vocals, guitars), Christian Andreu (guitars), Jean-Michael Labadie (bass) and Joe’s brother Mario François Duplantier (drums) on Listenable Records also for "The Way Of All Flesh" (2008). Four years later, on Roadrunner Records, Gojira released the excellent "L’Enfant Sauvage" (A Savage Child) and in another four, "Magma" (2016), which I had barely sampled so I cannot tell you how it presents itself against "Fortitude".

In an interview with Blabbermouth, frontman Joe Duplantier revealed that, in comparing with "Magma" which was a depressing record due to his mother’s death, "Fortitude" is more optimistic and I have to agree. The album bursts with energy and the will to live, breathe, fight and change the world we live in. "We were born for one thing – tame the greatest fear of all…to face the greatest fear of all…the primal fear of disappearing…death" screams Joe D. in the "Roots" SEPULTURAic opener "Born For One Thing" and you know he means business, an excellent track and an excellent choice for a video single, as is the SOULFLYing "Amazonia". Things get even better on the two crown jewels: the thrashy apparent anti-suicidal anthem "Hold On" and the KORNy "New Found" but the almost black metal arpeggios-driven "Into the Storm" is probably their most innovative song not just on this record, combining PRONGish melodiscism, MESHUGGAHic syncopated rhythms and LAMB OF GODly riffing.

Otherwise just excellent, "Fortitude" surprises, though, with two apparent breathers in the middle: the acoustic, atmospheric title track and the immediately subsequent metal reaggae "The Chant", and, while I can understand the need to let go of the accelator even at the cost of breaking the momentum built up by "Hold On" and "New Found", "Another World" seems almost lazy in comparison with such a simple structure. Finally, even excellent tracks such as the death metal "Sphinx" or the closing "Grind" seem to be shortchanged, giving an impression of incompletness, or, perhaps, I’m simply getting old and picky with age?

Whatever your impressions of the new Gojira work, I’m sure you’ll find plenty to enjoy here, perhaps even ending up scoring it higher. It is, no doubt, a robust, original and excellent work of an experienced and professional collective, superbly and powerfully produced, which my JBL wireless earbuds love. Happy listening, as our chief editor, Andrea, says.