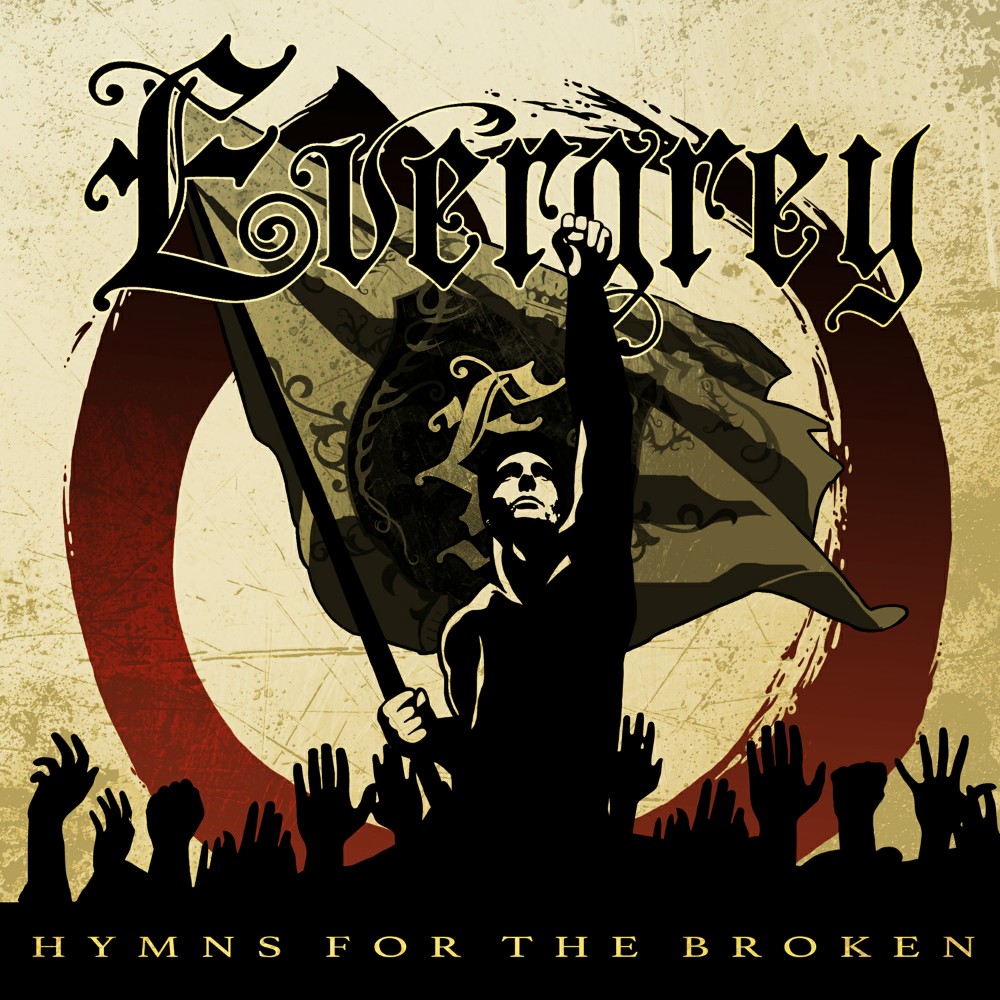 EVERGREY – Hymns For The Broken

In my 3 recent reviews of Evergrey’s last 3 albums I made references to the album which started their oceanic trilogy, "Hymns For The Broken" (2014) hinting, at the time, my intent to review it as the only album from the trilogy without the review on our zine. Given that this is the album which gave the Swedish progressive metallers their 2nd life as a band it would be unseemly to not review it so I remedy it now.

I said that "Hymns For The Broken" was Evergrey reborn and, indeed, this was so. Having started as a progressive metal band owing much of their influence to the two creations of the late virtuoso guitarist Charles Michael "Chuck" Schuldiner, DEATH and CONTROL DENIED, Evergrey had been content to fill in both shoes with "The Dark Discovery" (1998), "Solitude, Dominance, Tragedy" (1999) and "In Search Of Truth" (2001) before they veered in the more NEVERMORE and SYMPHONY – X direction with "Recreation Day" (2003), but "Monday Morning Apocalypse" (2006) was where they begun to lose their traction somehow regained by "Torn" (2008) and "Glorious Collision" (2011), but then, reportedly, Henrik Danhage (guitars), Jonas Ekdahl (drums), and Jari Kainulainen (bass) left on friendly terms and it was all the vocalist and guitarist frontman Tom S. Englund could do to stop himself from killing Evergrey for good.

Evergrey was in a very similar situation, in those days, to my own, as I have undergone a major personal crisis resulting from the years of pent up and repressed depression and that right in the middle of my separation from my wife at the time, which would eventually end in divorce. In that regard, Evergrey really did write hymns for the broken who had to arise and go on even as it was the last thing on their mind. Just taking the favorite "Archaic Rage", I would "rise for nothing’s the same" yet I’d hide though "no one’s to blame", "rise from ashes and stone, ’cause who I am to you does not reflect the truth", especially that last sentiment ringing a loud personal bell. No separation and/or divorce can be neatly packaged in the "my fault", "your fault", "you left me", "I left you" suitcases and delivered to respective legal offices for a quick painless consideration as Tom himself would find out 4 years later. This track and the phenomenal closer, the progressive masterpiece "The Aftermath" where PINK FLOYD and IN FLAMES remarry latter Death together with the moody, bluessy but gritty metallic "Black Undertow" where Evergrey clearly are at their best, most creative and most effective but the album is not quite as wonderfully varied as its follow up, "The Storm Within" (2016), and that, despite a general consistent quality.

While there is no denying the chops of the "come tear me open, now that I’m broken" children choir chorus of "The Fire" which makes future "Distance" or "Passing Through" possible on the follow up, already the excellent first song proper "King Of Errors" suggests a kind of formulaic, hard verses/huge choruses anthems KILLSWITCH ENGAGE patented with "When Darkness Falls", "Breathe Life" or "The End Of Heartache" 10 years earlier and, indeed, that is precisely what we get with subsequent "A New Dawn", the aforementioned "Archaic Rage" and "Barricades" until, finally, the aforementioned "Black Undertow" offers a different view, whereby also the piano dirge "Missing You", not quite as gripping as "Impossible" from "Storm", and onto more progressive waters, all of which gives an impression as though "Hymns" was merely a dress rehearsal before its phenomenal follow up.

While "Hymns For The Broken" was a definite return to greatness as well as a personal soundtrack, it does pale with "The Storm Within" or the masterpiece "The Atlantic". Yet it is clearly that album Evergrey will reach for inspiration when creating the excellent "Escape Of The Phoenix" as if they were Benjamin Buttoning the past 7 years of the band’s existence. While far from perfect, "Hymns" does, then, deserve to both be mentioned with the pantheon of their triumphal 2nd breath as well as its place in the Eternal Terror review que which I am more than happy to hereby facilitate. As a summary of the Evergrey’s trilogy and the supposedly unrelated most recent work I offer Englund’s own words from "Passing Through", words which resonate deeply within: 10 years from now I’ll see with different eyes, better, wiser and not as blind.