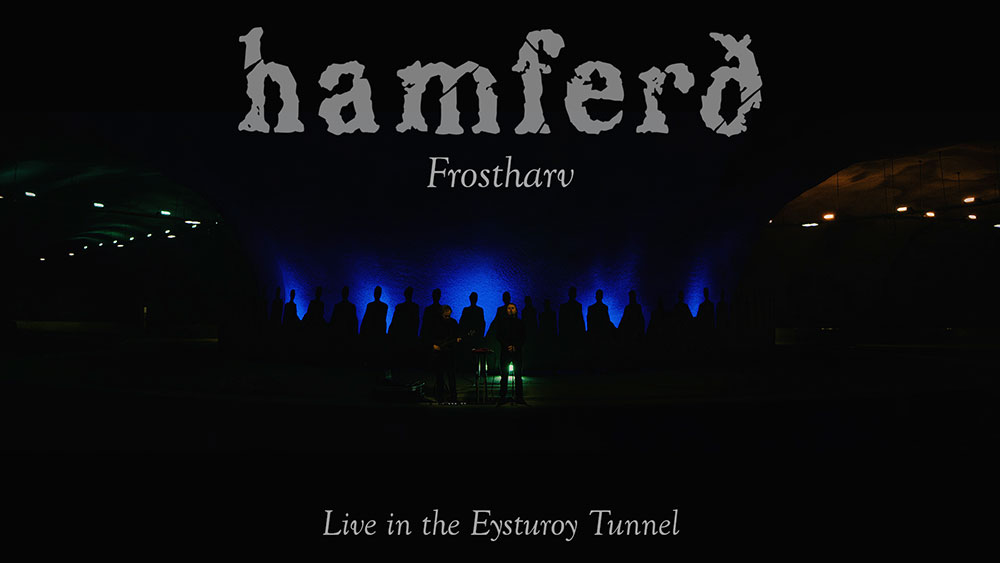 Faroese melodic death/doom sextet Hamferð have now launched a video for "Frosthvarv (Live in the Eysturoy Tunnel)", which can be viewed at: youtu.be/GEEp3XlKVbc. The track is taken from their 2018 album, Támsins likam.

Hamferð comments: "Through the band’s history, we’ve always been fascinated by performing in untraditional venues. So when we got the opportunity of actually playing beneath the bottom of the ocean, it was obviously something which we had to do. The tunnel and the sculptures by Tróndur Patursson really add to the atmosphere of the music, and we hope that the atmosphere translates through the video so people are able to enjoy it wherever they are."

Be sure to catch Hamferð during Metal Injection‘s "Slay At Home" livestream this Friday, February 19th – featuring other performances by members of Paradise Lost, Spirit Adrift, Pallbearer, and more. Kicking off at 12PM PST//3PM EST//9PM CET, fans can tune in at: youtu.be/foFo5-7-eDg

Hamferð‘s latest release – 2019’s Ódn – is an EP that features the previously unreleased title track on side A and a bare-bones rendition of "Deyðir varðar" (from 2013’s Evst) on Side B, both performed live on unique occasions. The band explains: "’Ódn’ is the very first Hamferð-song, first performed in the autumn of 2008 and never before published. It is built from three very different sections, which still represent our music today: one part foreboding, one part violent and one part elegiac. The parts follow the narrative of a sailor over three chapters; first braving an increasingly stormy ocean, then reflecting on a long life sailing the very seas that now threaten his life, and finally surrendering to the waves. The title translates to ‘violent storm’ or ‘hurricane’."