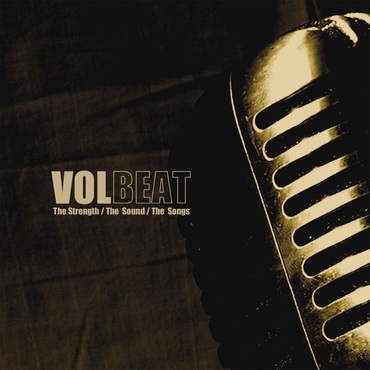 Mascot Records will release the 15th Anniversary limited-edition vinyl pressings of  Volbeat’s debut album, The Strength / The Sound / The Songs, on 26th March 2021.

A glow in the dark pressing will be available in all shops and online, while a limited number of unique marble editions will be available through volbeat.dk and EMP, via this link: https://smarturl.it/VOLBEATMLG

The Strength/The Sound/The Songs was first released by Mascot Records in 2005, launching the band onto the greater European music stage with bone-shaking performances at Roskilde, Download and Pinkpop. The album, which includes their first single, a cover of Dusty Springfield‘s "I Only Wanna Be With You" and fan favorites "Pool of Booze, Booze, Booza" and "Soulweeper," crashed into the Danish charts and earned the band a slew of Danish Music Awards.  The album has gone on to be certified 2 x Platinum in their home country, Gold in Germany and has generated over 180m streams and (still) counting. These new limited vinyl variants celebrate both the legacy of the album and the future that will bring countless more performances of these songs to the stage.

VOLBEAT emerged from Copenhagen in 2001. Since then, they’ve tirelessly clawed their way to rock’s upper echelon with endless touring and a string of seven beloved full-length albums which have sold millions of copies and racked up numerous gold and platinum certifications across the globe and spawned eight #1s on the US Mainstream Rock airplay chart (the most ever by a European band).

2. Another Day, Another Way

5. I Only Wanna Be With You