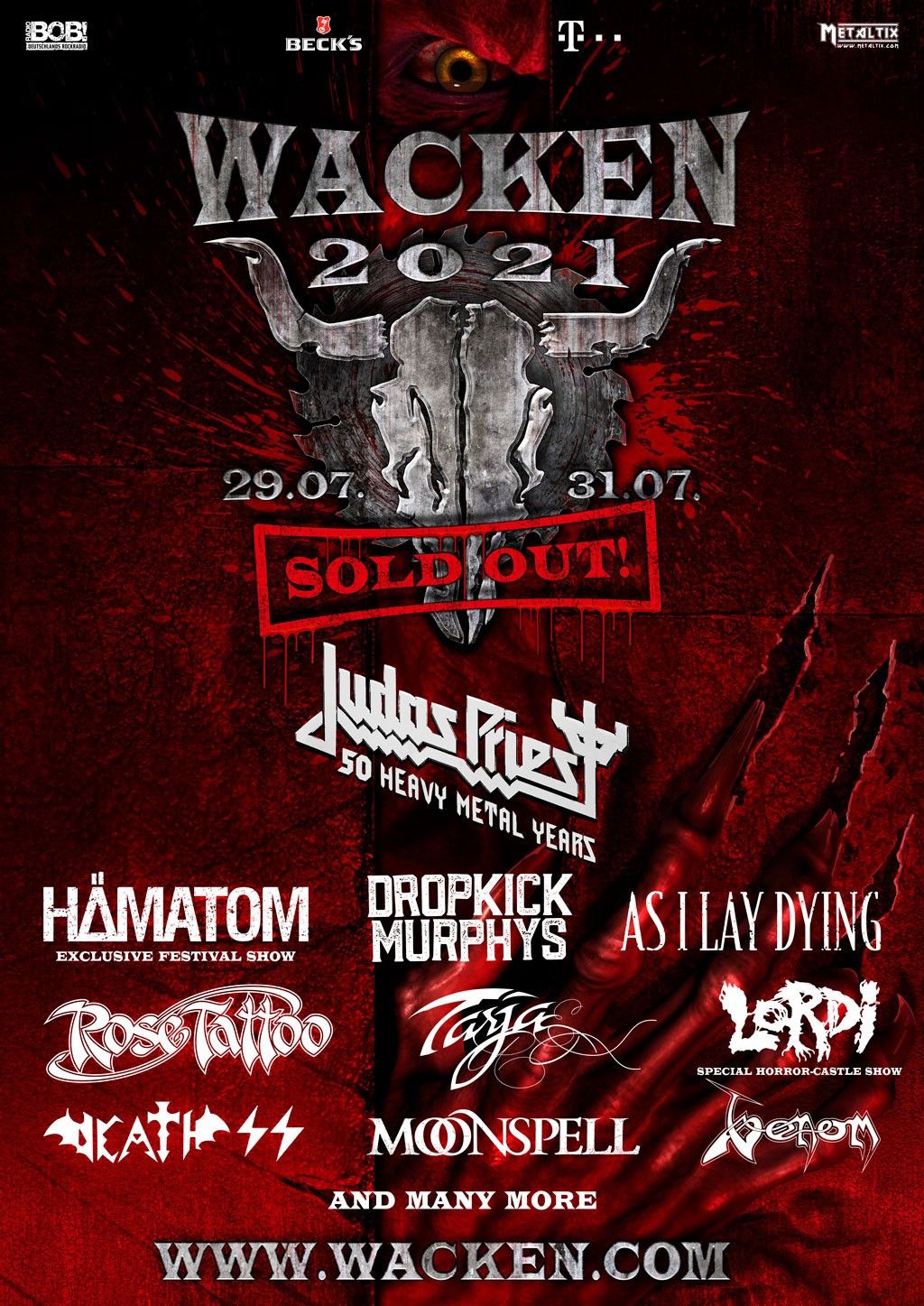 Wacken Open Air and Hämatom have successfully invited fans to a free streaming event last weekend with a very special Hämatom Hälloween party live from Zombieland. On top of that, a whole bunch of new bands for W:O:A 2021 has been unveiled during the live stream!

LIMP BIZKIT, who just celebrated the 20 years anniversary of their nu metal milestone “Chocolate Starfish and the Hot Dog Flavored Water”, will be part of Wacken for the very first time in 2021. Speaking of anniversaries: Swedish death metallers HYPOCRISY wil celebrate their 30 years of band history with a very special show on the Holy Ground. Other fresh additions to the festival bill are: Finnish melodic death masters INSOMNIUM and the German power metal force WINTERSTORM. Misfits co-founder DOYLE, horror punk from THE OTHER and MISTER MISERY combining horror as well as metal are all together perfectly matching W:O:A 2021’s motto „horror“! STATIC X join the nu metal ranks, while BELZEBUBS will reveal how a live show of a cartoon black metal band looks like! The new band additions are rounded off by Northern Irish alternative rockers THERAPY? and the versatile rapper ALLIGATOAH, whose metal interpretations have convinced even the most skeptical headbangers at Wacken World Wide.

"We promised our fans that we would come up with something very special for our upcoming Wacken updates – and were happy to team up with Hämatom for this one!" says Thomas Jensen, W:O:A festival co-founder, about the new additions on the line-up.

“In light of our motto for next there’s definitely no better opportunity to unveil new bands than Halloween! We can hardly wait for W:O:A 2021 and of course we do have many more surprises in store”, adds W:O:A festival co-founder Holger Hübner.


More information about Wacken Open Air can be found at wacken.com.