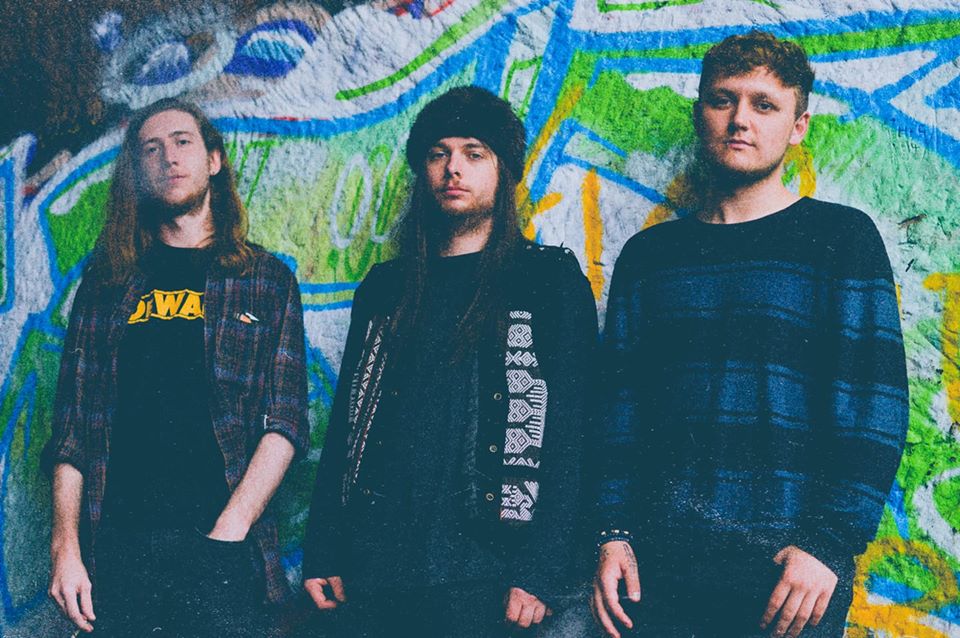 Drawing inspiration from revered acts such as Alice In Chains, Mudvayne and Tool, Staffordshire’s three-piece grunge rockers BANZAI PIPELINE are gearing up to kick off 2021 on a high note, with the forthcoming release of their debut EP. Hold onto your hats, folks; A new grunge obsession is incoming!

As if stepping out of a time machine sent from the grunge heyday of the 1990s, the trio compliment the angst-ridden melodies of Alice in Chains with the driving energy of Soundgarden, simultaneously injecting an experimental formula that echoes the works of Primus and Tool. The resulting explosion of volatile and mercurial melodies is nothing short of an honest and heartfelt salute to an era fuelled by bootleg cassette tapes, brightly-coloured A5 gig flyers, American skate culture and the old-school, "holy triad" of sex, drugs and rock ‘n’ roll.

At the tail end of September, Banzai Pipeline offered up the first taste of their debut EP with the unveiling of their latest single ‘Anyway’, which will feature on their forthcoming release. Soaked in heavy distortion, loud drums, driving bass, and powerful vocals, ‘Anyway’ was written by Banzai Pipeline bassist Kristian Bennett, during what he calls "a dark time of his life".

"The song paints a picture of the somewhat paradoxical universe that a drug addict lives in", comments Bennett, outlining the conceptual tale that unfolds in the single’s lyrics. "It’s about a long-time drug abuser looking for help – and is told from this perspective. No matter how much the protagonist looks for help from the people around them, they never fully accept it. The realisation that he comes to is uncomfortable, to say the least: It doesn’t matter anyway."

Kicking off their musical journey in 2019, Banzai Pipeline saw their first performances take place at their local venues, The Sugarmill and The Underground. From there, the band extended their reach to The Rigger in Newcastle Under-Lyme, Chesterfield’s The County Music Bar and Banbury’s The Wheatsheaf. In early 2020, the band played their first city festival in 2020, at Icebreaker Festival in Southsea.

The trio were set to embark on a short tour in March, however this was postponed due to COVID-19, and is in plans to be rebooked for 2021.

Banzai Pipeline will reveal further details of their forthcoming debut EP across the remaining months of 2020. The band’s latest single, ‘Anyway’, is available to stream now via Spotify, along with their previous single, ‘Problem Child’.