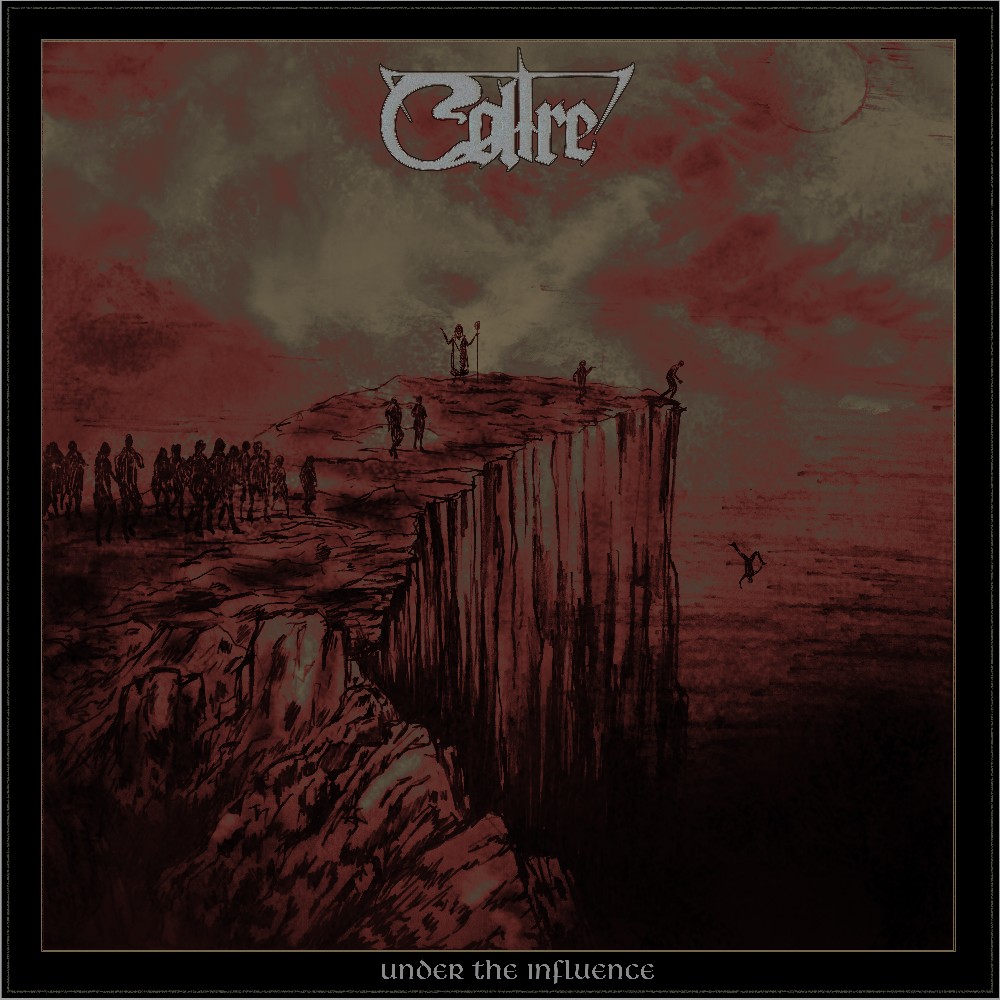 My favorite among my 3 cousins, Chris, a great lover of Iron Maiden’s first 7 albums, upon hearing (in my view still excellent) "A Matter Of Life And Death" once said that it was great…for putting my then soon to be first born son to sleep when he’d arrive onto the world. I remembered his words when hearing the opening cut from the London, British classic heavy/rock metal trio, Coltre, on their debut album. These tracks are just good craft without stirring the human spirit within for good or worse, almost like the legendary purgatory, sure, some melody, some solid riffing, even impressive soloing, but altogether a rather one-dimensional and forgettable experience.

There is no surprise which band is Coltre, consisting of Marco Stamigna (vocals, rhythm guitars), Daniel Sweed (lead guitars) and Max Schreck (bass) (yes, no info about the drummer for all the prevalent drumming on the record) most indebted to: Iron Maiden. Basically, "Lambs To The Slaughter", "Crimson Killer" and "Fight" could have easily been on the eponymous or "Killers" for their melodic simplicity and direct approach. Not so with "Plague Doctor", a progressive , heavily doomed composition, which would be excellent were its chorus not so similar to Megadeth’s "This Was My Life" and the progression very similar to Maiden’s "Murders In The Rue Morgue", with a nice brief The Doors transition, with ballad-ic whispered vocals (which are supposed to be scary except it’s 2020 and there’s Ulcerate albums and COVID-19 out there), and with simple riffs, kind of what you would expect Megadeth’s David Scott Mustaine to sound like at his 57 instead of that surprisingly powerful thrash he’s still capable of churning out. Most amazingly, the closing instrumental "On The Edge Of The Abyss", indebted to both "Peace Of Mind" and "Powerslave", is a very good instrumental and a little more ambitious than the rest.

CHURCH OF THE DEAD – Church of the Dead

DKHARMAKHAOZ – Proclamation Of The Black Suns