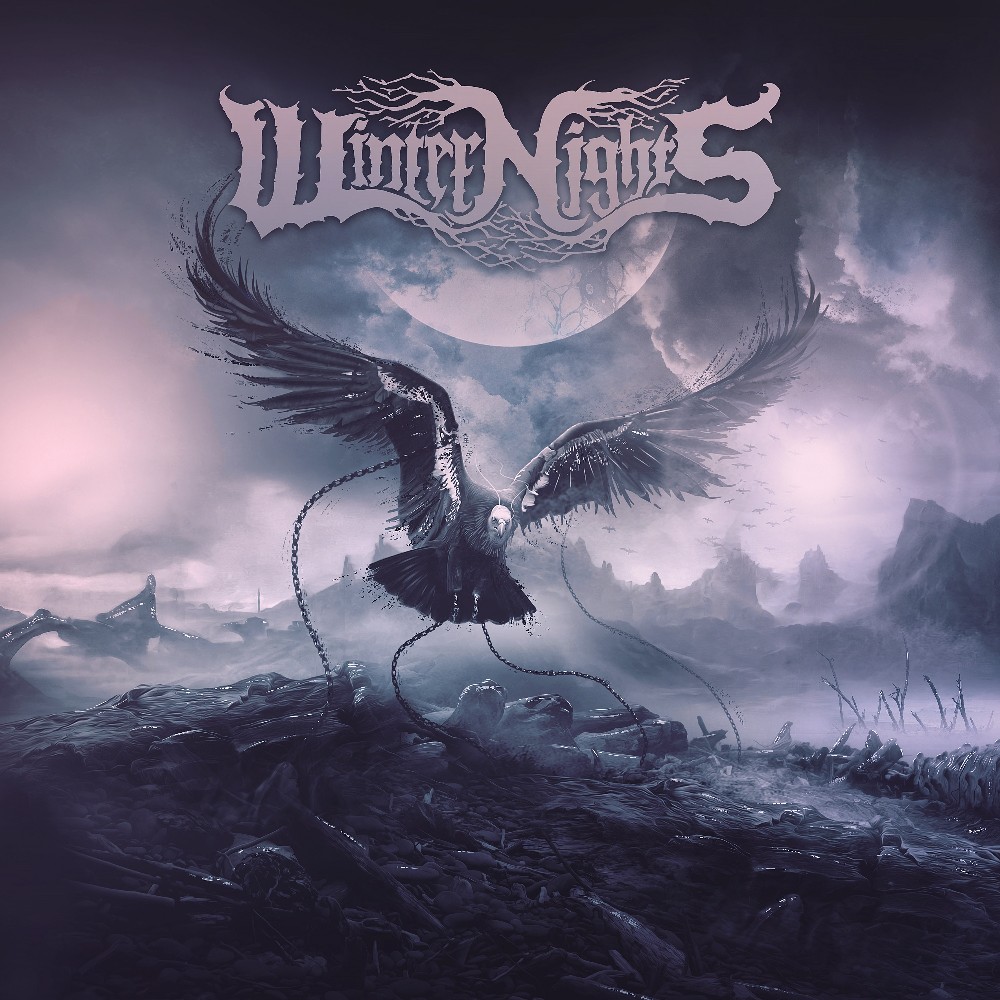 In the constant flow of seemingly new but definitely fresh melodeath which proceedeth from the mouth of Asher Media Relations and the relentless promoter Jon Asher, I happened upon the New York City-based progressive death metallers Winter Nights who have been around for 13 years, with one eponymous (2008) and "An Endless Apocalypse" (2014) on their belt before this, their 2nd eponymous album. The 6 compositions which comprise the 28:23 minute (roughly the length of Slayer’s "Reign In Blood") album are catchy, brutal and varied from each other (that last quality so rare) even if Winter Nights draws strength from the usual melodeath suspects.

Frankly, why bands can’t just come up with anything for the album’s title in order to avoid abusing the self-titled privilege (looking at you, too, Killswitch Engage) I’ll never undestand, because it can’t be this hard to name an album. In fact, given the overall concept (death and energy taken from the Earth with each life passing away) "The Day The Sun Died" (after track 5) would have been a much better choice in my view. The material is quite old (2015-2018) and at the time of the recording (2015-2018) the band consisted of Jeremy Farfan (vocals, guitars), his brother Efrain Mariano Farfan Jr. (guitars, vocals), Martin Tune (bass) and drummers Andrew Lobosco (tracks 2, 4 and 6) and Manolo Estrada (tracks 1, 3, 5) but coopted James Yarusinsky in 2019 for a regular drummer. The undeniable advantage of this album is the fabulous production – mixed by Neil Kernon (of Nile’s "Annihilation Of The Wicked" fame) and mastered by Alan Douches (Machine Head’s first 2 albums) in West West Side Music.

The production is not the only strength of this enjoyable album. Already the opener "When December Burns" (another good candidate for the album’s name) draws in with its Insomnium-ic power and melodiscism for the most memorable track and a favorite, but the immediate follower "Starved For Energy" surprises with the sudden doom/death switch a’la classic Peaceville (Anathema, My Dying Bride, Paradise Lost) with some reminiscence of progressive Death. As for this latter influence, it is even more pronounced on the early Sadist-ic "Withdrawals", while the Peaceville overtones return on the quite Dark Tranquillity-ian "Unmarked Grave".

It is the aforementioned "The Day The Sun Died" that throws a wrench in this, otherwise, well-oiled machine. I appreciate its heaviness and brutality but it’s rather simplistic in comparison and severely lacking in hooks and melody. Fortunately, the closing Amon Amarth-ian "Encounters" is both heavy and memorable, on par with tracks 1-4, so there is not too much of a point reduction.

Original while clearly pointing to melodeath and Peaceville forefathers, "Winter Nights" is an excellent progressive death metal record and before you know it it’s over so that all you can do is press "play" again, the album definitely benefitting from repeated exposure. It’s highly recommended as I’m looking forward to more.