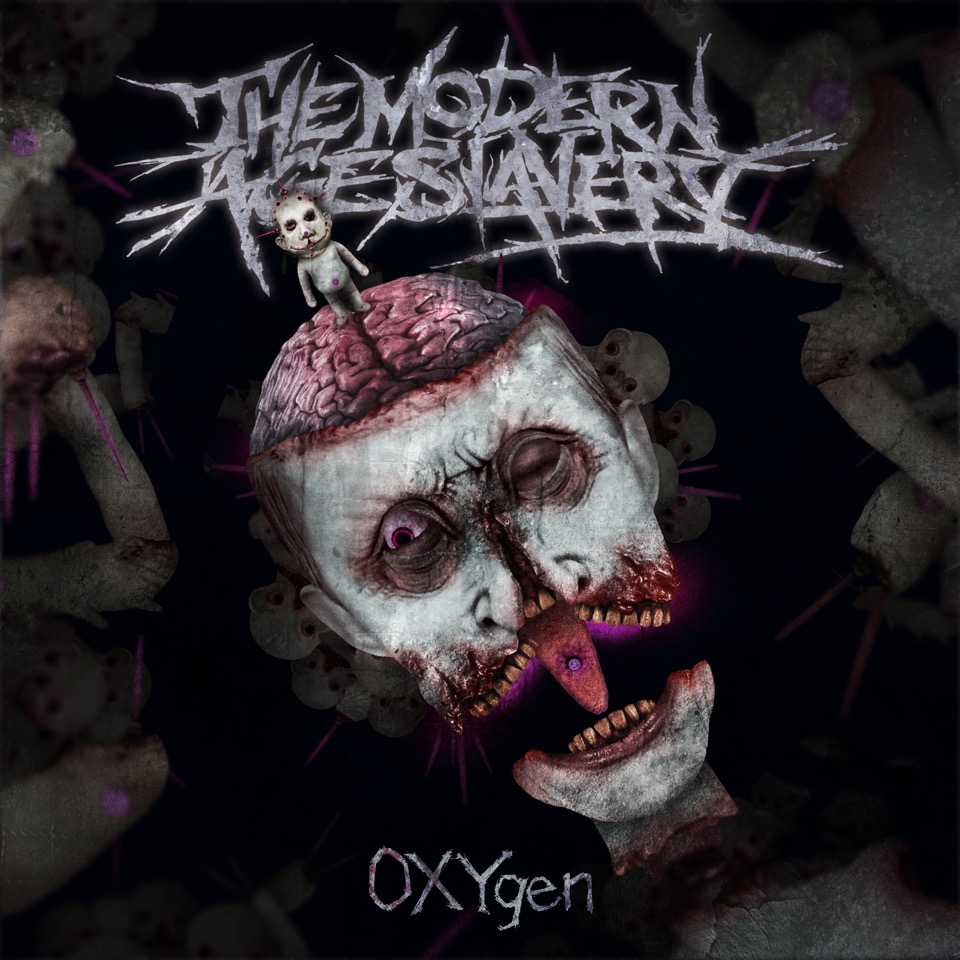 Italian death metal explorers The Modern Age Slavery are back with a devastating new single / video, ideal follow-up of the acclaimed previous album ‘Stygian’ and new manifesto of the 2020 band’s sound.

‘OXYGen’ is an hallucinogenic trip to be enjoyed in one breath, which sees an incredibly cohesive and cutting edge band adding even more elements to their already characteristic sound, carved through years of militancy in the international death metal scene.

The visionary and distorted approach of the Ukrainian artist Jakov Burov makes ‘Oxygen’ an even more unique and nuanced journey, thanks to degenerate and compulsive animations that accompany the listener into a hellish abyss which contemplates addiction and slavery as the only ways out.

The band adds:
By playing with a word that reminds us of our need to breathe, OXYgen pictures with heavy sounds the search for love and salvation in powder and pills. It tries to put in music the downward spiral into drug addiction, the subtlest form of slavery. Jakov Burov translated TMAS lyrics into a strong visual content, depicting the rapid descent to hell of who weakly surrenders to such disposable chemical heavens

Oxygen is available on all streaming/purchase platforms at this link: http://hyperurl.co/7wyxly