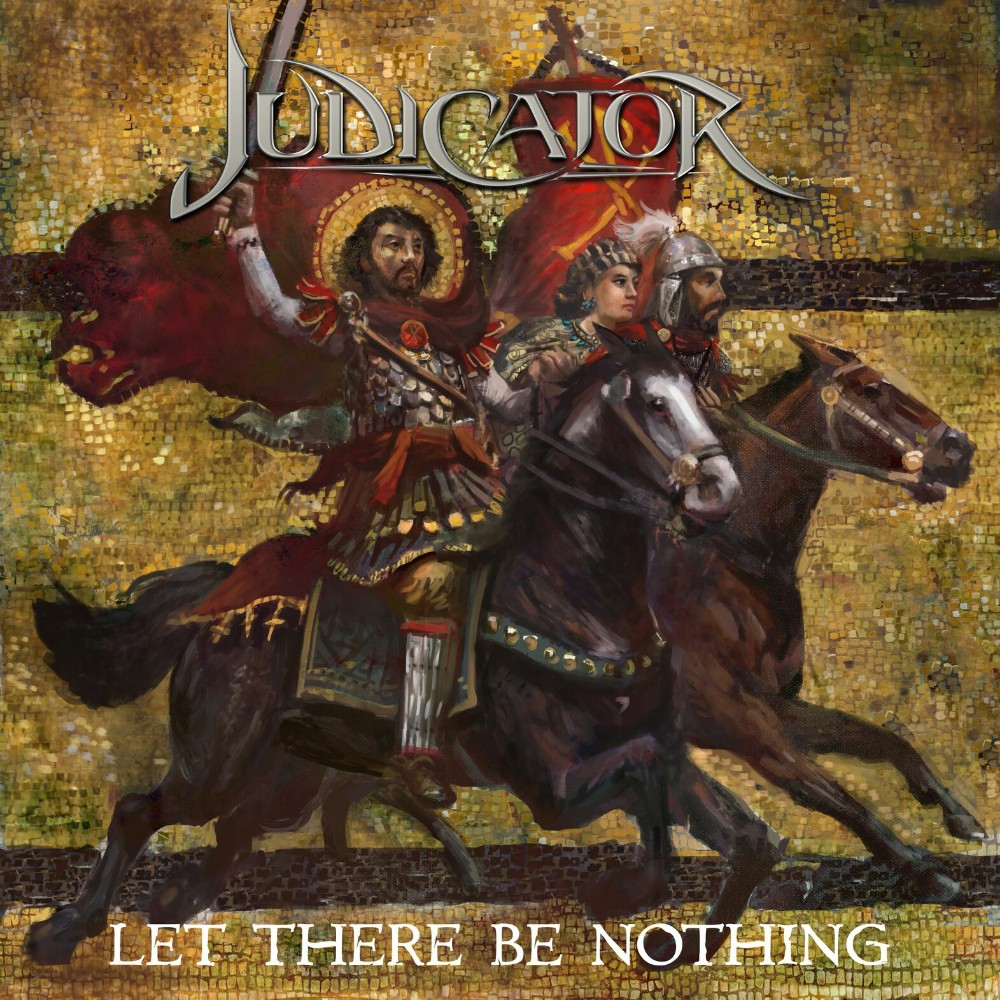 JUDICATOR – Let There Be Nothing

As you look at the score, consider that I am not a big fan of power metal. Sure, Helloween and Blind Guardian are fine but mostly I find this genre severely lacking in, to use a colloquial term, balls. Stories of dragons, wizzards and, admittedly sexually attractive, witches do not move me more than the average hamster while the melodies tend to be sugary, plastic and often ill-fitting, to say nothing of atrocious vocals, as, if it’s a female it’s usually decent but if a male and he happens to consider himself the new Paul Bruce Dickinson, we are in for a world of earache. That is why Judicator, a Salt Lake City, Utah / Tucson, Arizona power metal band, hits me straight in the jaw with their excellent 5th album, proving me wrong on all of the aforementioned counts and more.

How Judicator, which today is John Yelland (vocals), Anthony Cordisco (guitars), Michael Sanchez (lead guitar, bass) and Jordan Elcess (drums) (with a possible departure of Sanchez post-recording) escaped my attention since their 2012 inception and continued to allude me through "King Of Rome" (2012), "Sleepy Plessow" (2013), "At The Expense Of Humanity" (2015) and "The Last Emperor" (2018) albums I’ll never know but if they are half as good as "Let There Be Nothing" I ought to slap myself silly for missing them. What’s more, Judicator’s lyrics are concerned with the Roman and then later Byzantine empire from a perspective, in this case, a Christian general named Belisarius, a humble and renowned Byzantine general, on his campaigns to reconquer former Roman territories. While Belisarius is a master on the battlefield, his greatest struggle is within. Political forces continually undermine his authority, and his wife’s infidelity puts both his faith and morals to the test. "Let There Be Nothing" is a morality play framed within a sweeping, historical epic, according to the album’s promo, both aspects which greatly resonate with yours truly when listening to music, especially metal and especially when the lyrics have strong Christian overtones as in the title track: "The power to choose who lives and who will die is not my right/In doing so I kick the Lord off His seat of rightful judgment over man".

Now, even the greatest lyrical treatises are not enough on a metal album, as what is of utmost importance is the music. And the music in this case is excellent, indeed. With none of the tracks falling below 4.5 grade – to mention just the Mastodon-ish "Strange To The World" or the Mercyful Fate/King Diamond-styled "The Way Of A Pilgrim" – the 1st half is noticeably better and more exciting than the 2nd, but both have fantastic tracks: the 1st the thrashing Into Eternity-ic "Tomorrow’s Sun" as well as the Iron Maiden-ic "Autumn Of Souls", and the 2nd the Helloween-ian closing title track (which is a striking counterpoint to the opening "Let There Be Light"). All is littered with melodies, hooks and masterful guitarwork, and most importantly, there are no boring or aimless moments, everything has its proper place and timing so that highlights are really just a matter of taste rather than objective value. Finally, the production is spectacular, powerful, selective yet clear.

Judicator is really going places if "Let There Be Nothing" is any indication. Despite the aforementioned flaws I can recommend this album to not just power metal fans but fans of heavy metal, period as there is so much to explore in under 60 minutes throughout 8 tracks. Let there be more of that "nothing", indeed!

SKELETAL REMAINS – The Entombment Of Chaos