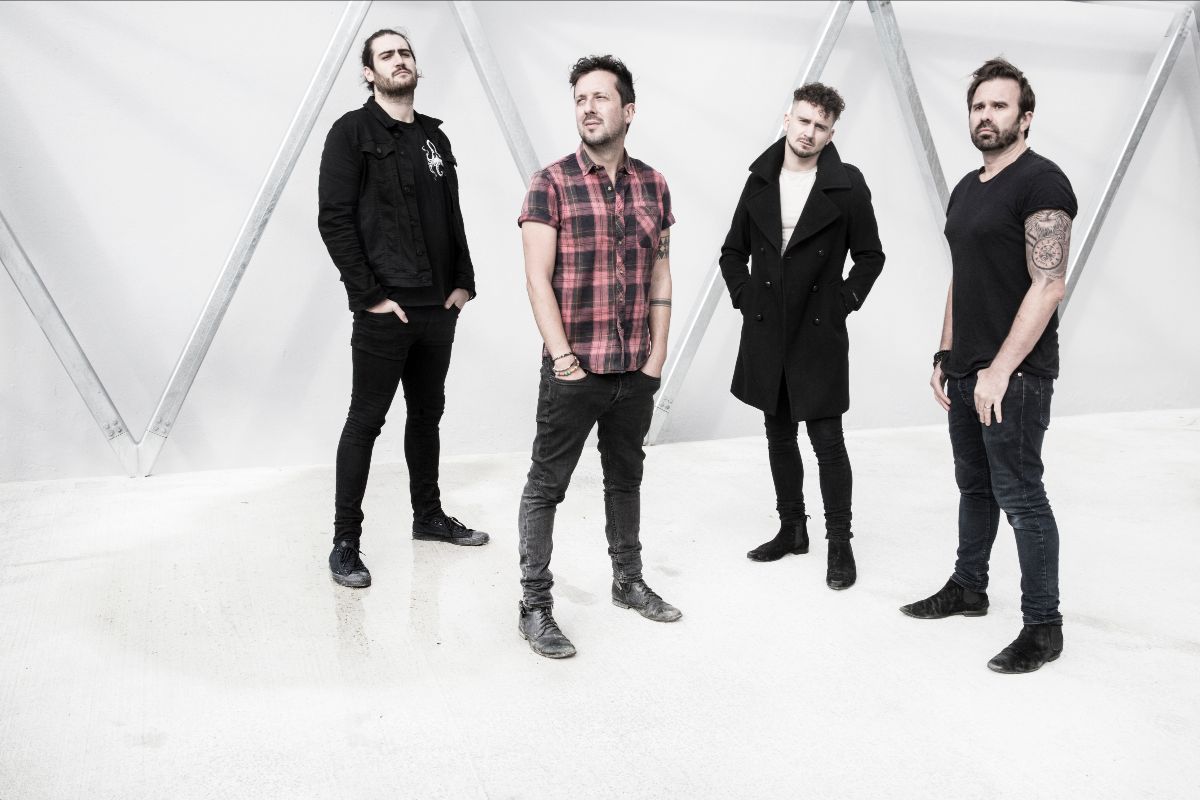 Proving to be an unstoppable force since their inception earlier this year, emerging Brighton-based rock quartet AMONGST LIARS have returned with their third video single release, ‘Burn The Vision’!

The track is available to stream on Spotify or purchase on iTunes now.

Drawing from heavy rock, grunge and punk influences, Amongst Liar’s latest single offers a generous helping of massive riffs and powerful, melodic choruses that beg to be sung along to. In the week leading up to release, ‘Burn The Vision’ saw a radio premiere on Great Music Stories and has since been supported with plays on BBC Introducing in the South, who hailed the track as "a huge slab of rock that deserves some stadium attention".

Inspired by life both before and during the current global pandemic, ‘Burn The Vision’ casts a blinding light on those who have sought to profit on the misfortune of others by distorting the media with fake news to project their own narratives.

"‘Burn the Vision’ looks at all the messed up things in the world at the moment, and the people acting for personal gain and media distortion", comments Amongst Liars vocalist and chief lyricist Ian George. "We all burn a vision in our heads through consumption of targeted fake news."

Of the single’s accompanying video, the quartet play in a tongue-in-cheek fashion with this idea, with the video featuring a man gorging himself on junk food and fake news – a stark message that people become pariahs of their own consumption.

Born from the ashes of two experienced south coast based bands – Saint Apache and Katalina Kicks – Amongst Liars kicked off 2020 on a high, with the release of their debut single ‘Over and Over’ in February, followed by their sophomore offering, ‘Wolf Machine’ in May. Both singles have seen over 75k Spotify streams as well as strong video views across all platforms. During lockdown, the band have been invited to play a plethora of online festivals including Spirit of Wildfire, Great Music Stories’ Well-Being Festival and Breaking Bands.

Amongst Liars’ latest single ‘Burn The Vision’ is available to stream and download now. For more information on the band, visit their website or follow them on social media.

TORCH – come back with new song in 36 years