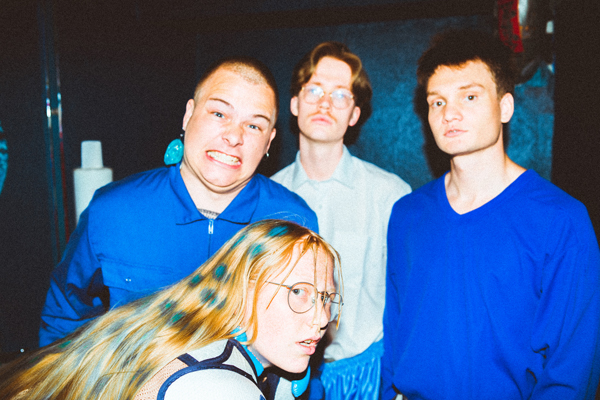 Oslo based hardcore punk four-piece group DAUFØDT have just revealed a new track off the band’s forthcoming debut album "1000 Island", due out on September 18th via Fysisk Format.

"Ingenmannsland" is an attempt to understand white men who base all their anger on not getting laid in a world on the brink and why being a perv seems to be how they solve their problems. Says the band about this new track.

Though they hail from the deepest Norwegian bible belt, Daufødt surely is a beast. Like no other band of today, they create an energy of power and liberation through their iconic live shows where the valkyrian stage command of front-woman and visual artist Annika unites us all in a brew of blood, sweat and hair.

Check the previous singles at this location.