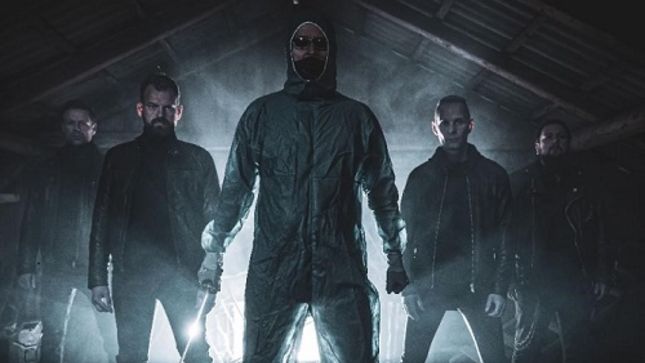 Manticora, the Danish prog-thrash veterans, have released the first single/video from their upcoming album To Live To Kill To Live, the follow-up and second part of a huge concept, to 2018’s To Kill To Live To Kill – both albums, based on the 334-page horror/thriller novel that lead singer Lars F. Larsen wrote (also released in 2018).

The video for the song "Eaten By The Beasts" deals with the brutal murder of a young criminal, who has raped the daughter of a farmer. The farmer hires a hitman to get rid of the rapist, and the rapist is eaten alive by a number of huge, hungry pigs, owned by the farmer. It’s all karma, and the video is based on the concept.

Guitarist, Stefan Johansson on the concept of the video:

We worked together with Kasper Serup from KSC Production to create this music video. Visually, we knew that it had to tell a quite complex story as "Eaten By The Beasts" mixes two storylines fromt the novel, which our album is based upon. We are very excited by the outcome. It encompasses exactly what we imagined for the video to be like and we hope you agree!

Tracklist for "To Live To Kill To Live":

–
The music on both albums was recorded partially in the band’s own studio and recorded/mixed in Hansen Studios, with World-famous producer, Jacob Hansen (Volbeat, Destruction, a.o.) who also produced the first two MANTICORA albums back in the last millennium.

The 334 page novel itself was released in May 2018, followed by the first album of the concept in August 2018.