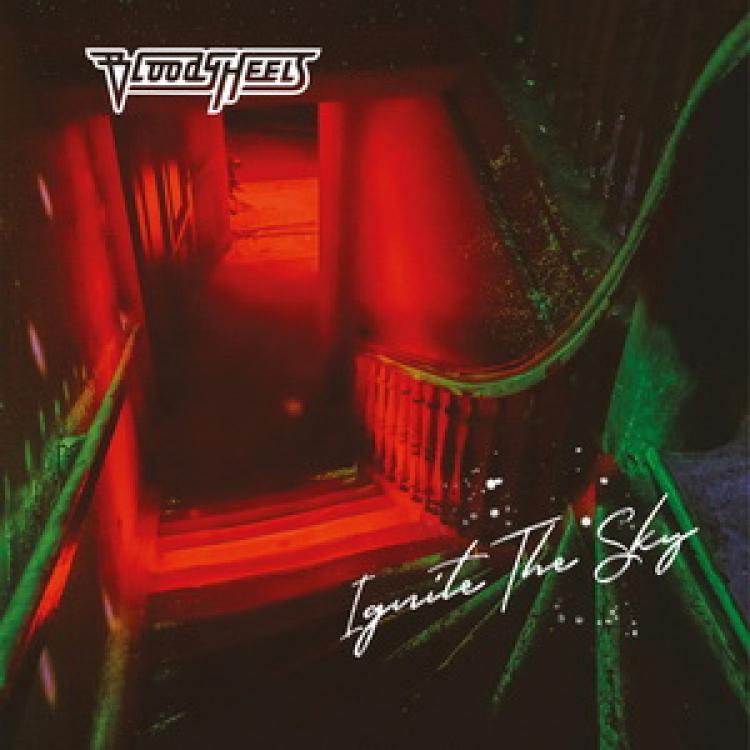 The Latvian hard rock combo named Bloody Heels is a relatively young outfit in the sense that the band was formed in 2012 and then released an EP two years later followed by a full-length album in 2017. On top of that, these guys have toured the European circuit and from listening to this brand new 2020 offering of theirs, you can tell that this is a well-oiled musical engine capable of locking into a real solid groove.

“Ignite the Sky” possesses heaps of energy and there are some wicked ideas and excellent arrangements and whatnot to be found on this eleven-track effort, but it does come across as somewhat uneventful and way too familiar to these ears. Simply put, it feels as if one has listened to the LP numerous times before as it leans quite heavily on what many other late 80s/early 90s hard rock/heavy metal/glam metal acts have already put out there. This skilled ensemble knows how to groove (check out “Criminal Mastermind”) and there is potential aplenty scattered throughout these otherwise well-produced and impressively pounding tunes, but the record lacks musical identity and charisma in the overall perspective. Apart from sounding a little too safe and predictable, the vocals neither reaches any stratospheric heights nor complement the songs as much as they ought to, which is not to say that they suck or anything like that, but they never manage to get the hair on these sloppy arms to stand up.

“Ignite the Sky” has its fair share of glorious moments, namely the massive “Farewell to Yesterday”, the atmospheric “Black Swan”, and the fierce album closer “Streets of Misery”, and it does sound thunderous at times thanks to some crunchy riffs and big choruses. Having said that, there are better and more convincing alternatives out there if one worships stadium-sized rock inspired by Guns ‘N’ Roses, Skid Row, Crashdïet, and TNT. Still, it will be interesting to see what the future holds for Bloody Heels, and if nothing else, make sure you check the aforementioned epic that is “Farewell to Yesterday” and the slightly melancholic “Black Swan” out as they rule.