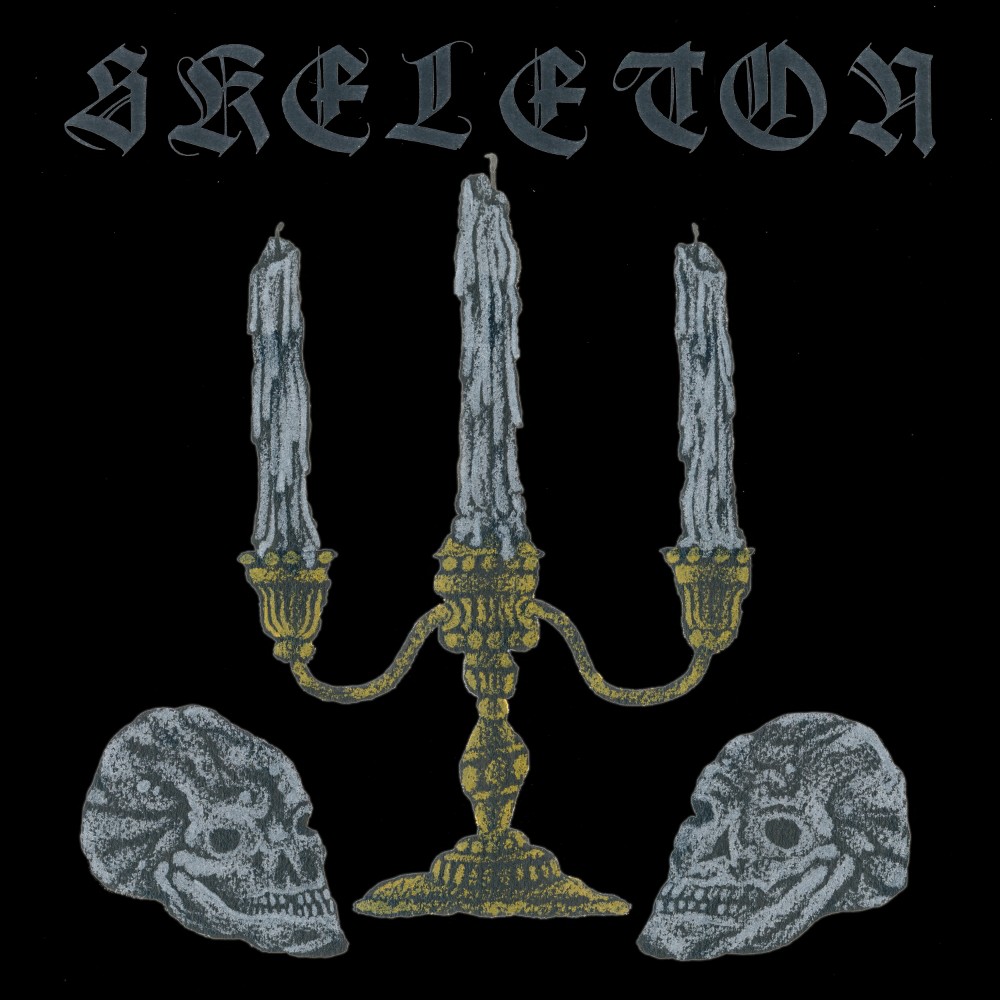 The Austin, Texan black-thrashing quartet’s debut eponymous album "Skeleton" (after "Flexi 1"-2016 and "Pyramid Of Skull"-2018 EPs) is a good example of originality over quality in songwriting. While the sound produced by David "Skeleton" Ziolkowski (guitar), Victor "Skeleton" Ziolkowski (drums, vocals), Alex Guzman (guitar) and Cody Combs (bass) is a powerful blend of old and new school, the songwriting is too often stinted and uneventful, as if they had had little time to record, which may be true considering the nearly 28 minute length at 11 tracks.

Now, Skeleton thrashes like Prong or Mastodon (the opening title track), or in an early Machine Head-ian or Mötorhead-ish fashion (The Sword), whilst quoting from ancient Black Sabbath, (Taste Of Blood), for a very smooth traditionally melodic finish on the favorite closing "Catacombs", but these are the highlights of this short disc as the rest of the material answers to that former description from my first paragraph.

While the Mercyful Fate-ly "Mark Of Death", the late 80s/early 90s Slayer-ing "Ring Of Fire", "At War" and "A Far Away Land" do have strong potential, the run-off-the-mill short speed metal of "T.O.A.D." is almost a distraction as is the instrumental "Victory" which would have been better served as one seamless track with "A Far Away Land".

Overall, Skeleton’s debut "full" length seems like a very rushed and not entirely premitated effort despite its undeniable originality and powerfully sounding delivery, so just try on the aforementioned "Catacombs" before you throw your time and cash down for the taking.