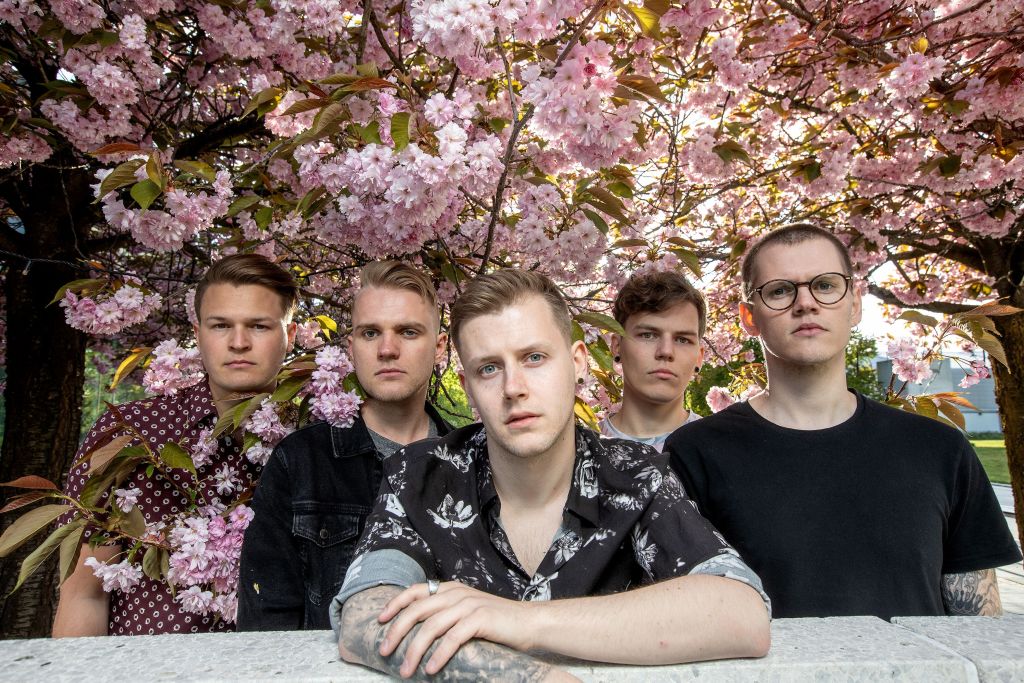 Fixation is a new hard rock band from Norway just breaking through. The EP consists of four massive, hard-hitting rock songs crossing over to metalcore, and the mixture of heavy guitars and massive synths shows inspiration from bands like Bring Me The Horizon, Nothing But Thieves and Architects. With their socially critical lyrics, heavy riffs, big melodic synths, and great talent, Fixation are set to make a big name for themselves!

Heavy soundscapes, catchy melodies, and impressive vocals hit hard on Fixations’ debut EP, where every track is an instant hit. The mixture of heavy guitars and massive synths showcases the influence of bands like Bring Me The Horizon, Nothing But Thievesand Architects. Many hours of hard work and perfectionism lie behind this EP as it was important for the band to create a basis that they could continue building around. To guarantee a massive sound, Jason Livermore (Rise Against, Carnival Kids, etc.) mixed and mastered the record, ensuring that “Global Suicide” would be a veritable punch to the gut.

Their single "Neurosis" can he listened to here

Their lyrics focus on important subjects like the climate crisis, political injustice and mental health. While encouragingand supporting those who struggle, their message shows that they are tired of the greedy, self-centred way that many world leaders act and how so many of them disregard equality and basic human rights. On this EP, Fixation reflect upon the state of today’s society while focusing on where they feel we need to take drastic action. Hence the title of the EP, “Global Suicide”.

Indie Recordings are proud and excited to release their upcoming EP “Global Suicide” on August 7th.

Tracklist:
1. Neurosis
2. Survive
3. Bloodline
4. What We Have Done