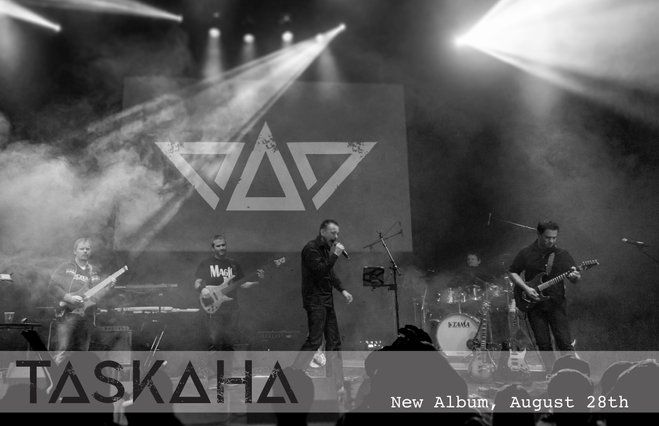 TASKAHA – new album out in August

Taskaha is a Norwegian prog band consisting of five adept musicans that share many years of experience from various bands and projects.

Since the early 1990s, several of the current members have played together on various occasions and they have also had success with their respective side projects that has allowed them to play some major venues on both domestic and foreign soil.

The current lineup has existed since 2014 and started work on the debut album in 2016.

When Taskaha compose music, it is essential for them to challenge the boundaries of song arrangement utilising different time signatures and a mix of styles. They are big fans of playing around and experimenting, and often seek to add a humorous touch to parts of their music.

Their upcoming debut album, due for release on the 28th of August 2020, showcases their musicianship and displays a vast soundscape covering a gamut of musical expressions from hard metal to the soft and atmospheric.

"Taskaha take you on a joyful musical journey with their self titled debut album. Solid prog rock with twists and turns that will surprise and amuse the listeners. Excellent songwriting and performance. Don’t miss this one!" – Stig Gøran Nordahl – Metal Express Radio