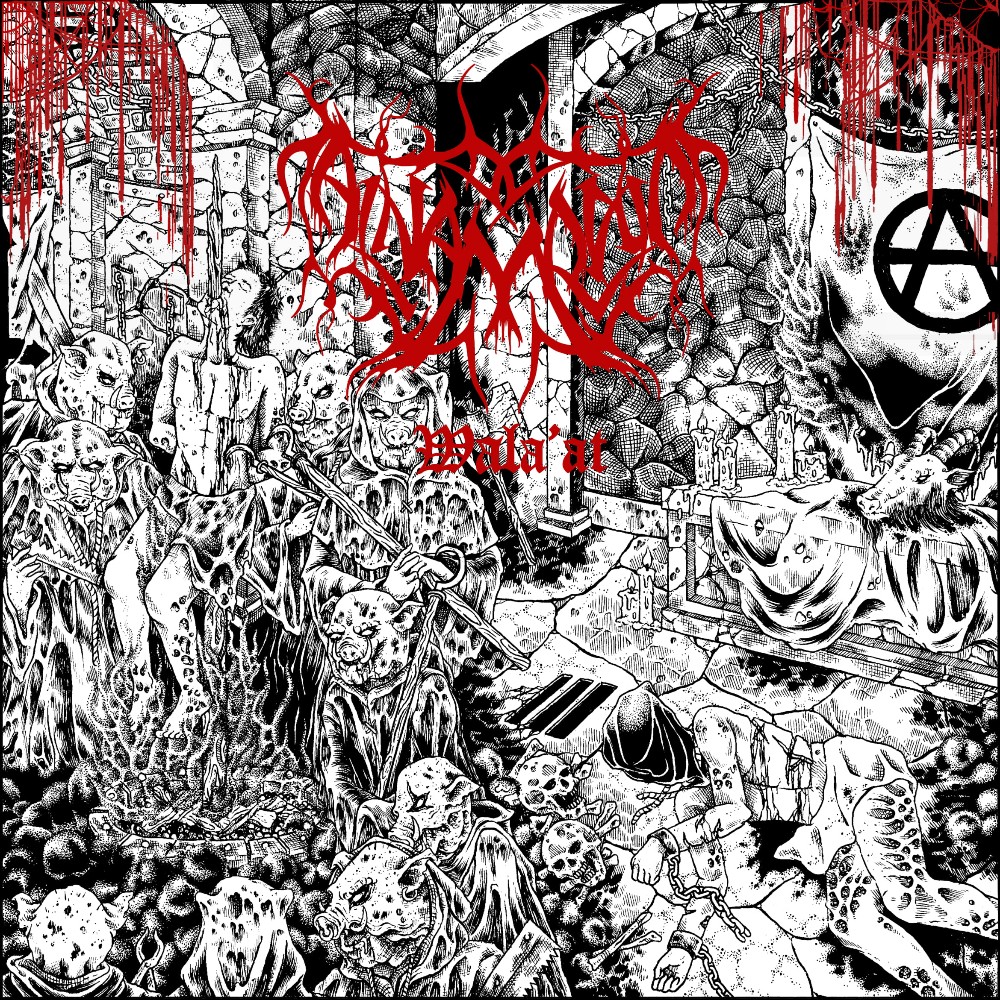 While generally known for some more or less tensed political contexts, Saudi Arabia is not exactly swarming with black metal bands for reasons revealed further but Al-Namrood is one which has been around for 12 years having released indecipherably Arabic EP (2008) and LP (2009), "Estorat Taghoot" (2010), "Kitab Al Awthan" (2012), another indecipherably Arabic LP (2014), "Diaji Al Joor" (2015), "Enkar" (2017) and this 8th here, "Wala’at" (Localities) album last month. According to Encyclopedia Metallum, Al-Namrood translates to "the non-believer" and comes from an ancient historical autocratic character who ruled the world maliciously from Babylon claiming he was the God of all creation whom the Bible and the band identifies as Nimrod in Genesis 10:8-9 (Muslims hold 3/4ths of the Bible as authoritative). Since the band is anti-herd mentality (as stated on their fb page below the review) they chose artistic aliases so as to avoid identification by Saudi government which would likely put them to death for desecration of its preferred version of Islamic religion, so the trio is Humbaba (vocals), Ostron (Arabian instruments) and Mephisto (guitars, bass).

One reviewer on the aforementioned Metallum claimed the bands is making folkish pop (!) black metal and by golly I’d have to agree on that since I honestly have no idea what to make of this album. It’s heavy but not overwhelmingly so, it’s very loud and crazy (Humbaba sounding like System Of A Down’s Serj Adam Tankian self-immolating) but there is some order to this madness revealed to anyone who’s past at least 2nd revolution and it is very dense. Personally, I did not find anything as coherent and inviting to deserve more than 4.5/6 but working within this standard I found the Slayer-ing "Al Shareef Al Muhan" and Mercyful Fate-al and "Psalm 69" Ministry-ish "Aar Al Estibad", Nile-istic "Tabqia" and, finally the bizarre bluessy and, shall we say, funky closer "Alqaum" at least unique to the general ubiquitous uniformity of the album. These tracks are not all great but each has something different to offer to a seasoned 45 year old military/metal veteran’s ears.

It is that lack of clear and defined songs among these 10 cuts that earns "Wala’at" its 4/6 rating because I admit the record was a challenging and a tiring experience more so with every subsequent revolution. I applaud these guys for the incredible balls they have to play something like that in their environment and sticking it to the imam, but I expect more coherence, variety and hooks from my metal. I cannot recommend it except for one reason: listen to it at least once for its undeniable demented originality.