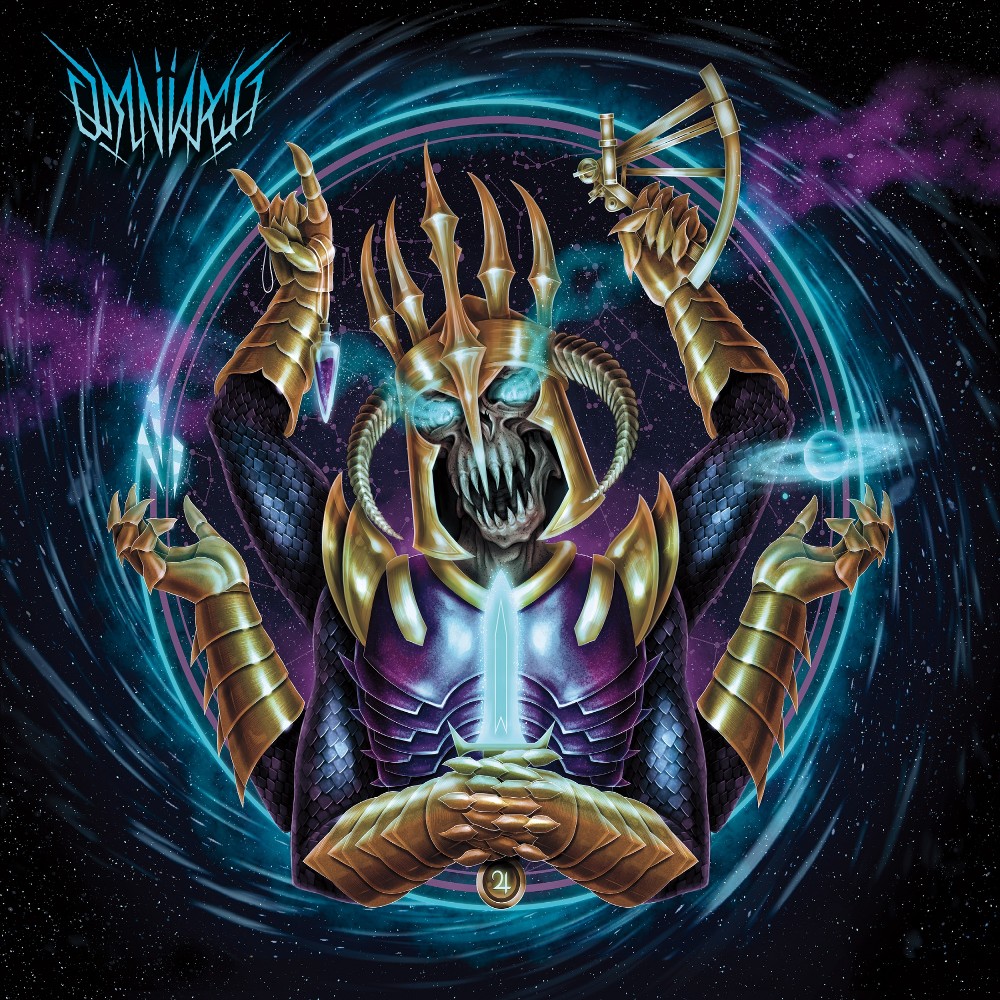 It could be argued that bands such as Arsis, Revocation and The Black Dahlia Murder, while starting out as melodic death metal bands, because of their incredible instrumental prowess and their ability to seamlessly meld different genres, ended up creating what can be called a new, as of yet unnamed, style, roughly technical melodic death/thrash. These bands have a large following of bands which happily join the fold. One of these bands is the Canadian, Edmonton, Alberta quintet, Omniarch, notable because of their ability to incorporate all three aforementioned bands in their sound. A brand new entity promoted by Jon Asher/Asher Relations, Omniarch have just released their debut eponymous full length on May 8th and demand your immediate attention, metalhead.

Perhaps I should add Cradle Of Filth (from "Cruelty And The Beast", 1998) to the list of influences, for both the dark lyricism as well as the music, partly because that association is immediate whenever The Black Dahlia Murder is considered, but most importantly because of the way Mackenzie LaHaye (vocals), Morgan Lambert (guitars, backing vocals), Mason Wilson (guitars, backing vocals), Jon Hoffman (bass) and Henry Geisbrecht (drums) are able to pack maximum amount of different elements in one, relatively short, song. Of these the fantastic "Humanaut" and "Wrath Of Erymanthos" (evoking Fear My Thoughts) are prime examples, both barely over 4 minutes but progressive as Porcupine Tree, packed with so much riffage, melody and hooks, you’ll quickly run out of paper and ink writing home about it. Other tracks may not be as fantastic but they do have excellent ideas such the Mastodon-ian "Blood Mountain" riffing of the opener "Caligula" ended in a similar slow, slower, the slowest fashion as Machine Head’s "A Thousand Lies", "Ascendancy" Trivium style in "A Voracious Awakening" or Mercyful Fate/King Diamond retrostyle of "Ohm Cairn", while the always tasty and catchy leads tend to bring even Michael Amott (Arch Enemy) to mind (Ursa Major).

Sadly, sometimes Omniarch loses focus and starts to sound samey throughout as on the War Of Age-ic strongly hardcore-ish "Pathfinder", easily my least favorite track, though by no means a filler. Given that this is a debut, lesser tracks are pretty much expected so this is a minor flaw.

Fierce, technical, melodic, catchy and mostly unpredictable , "Omniarch" is an excellent disc signaling the entrance of another dragon in the technical melodic death/thrash genre should such ever be defined. Recommended.

SUSAN MASINO – Let There Be Rock: The Story of AC/DC (Updated Edition)