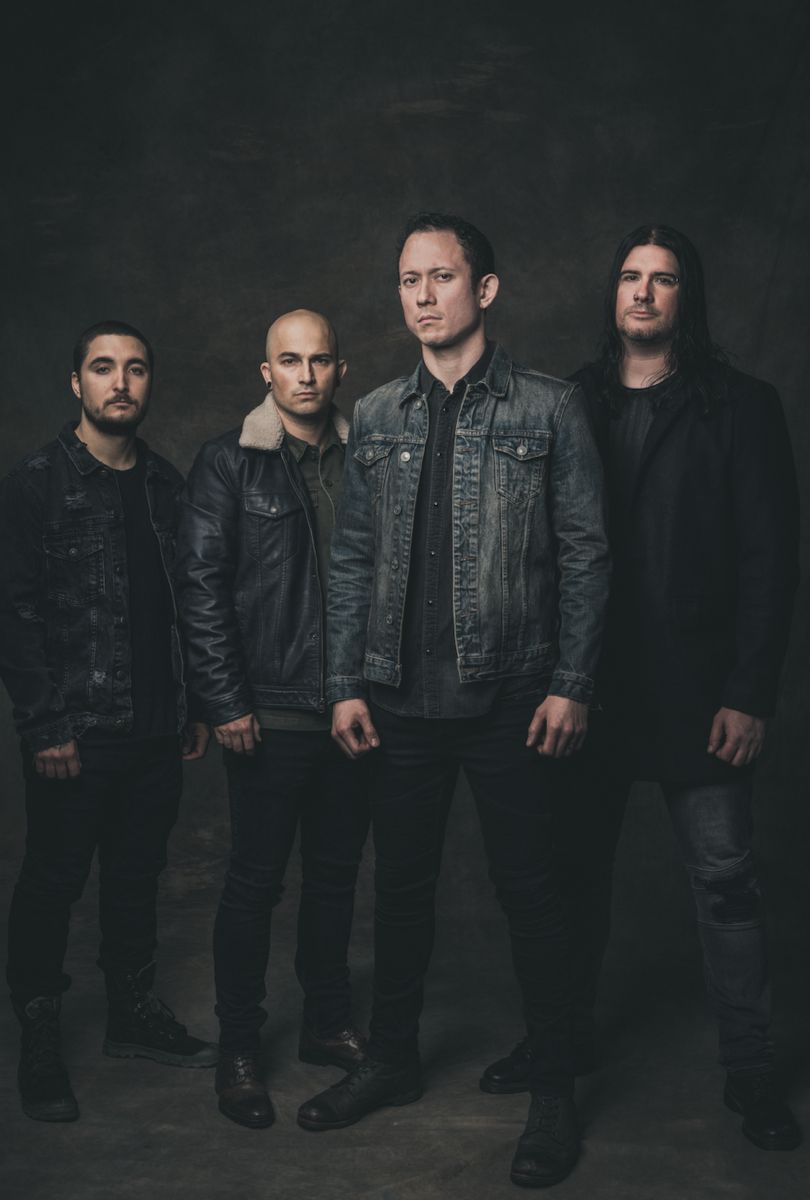 Previously, Trivium shared a video for the first single "Catastrophist" and the title track, the latter of which was shot under quarantine circumstances. The band dropped "Amongst The Shadows & The Stones," as well.

Trivium are embarking on a series of release week events. On the actual Friday, April 24 release date, Heafy will do a full album playthrough on his massively popular Twitch channel at 3pm ET.

On Saturday, April 25, Trivium’s explosive main stage performance at Download in the UK from Summer 2019 will stream on Knotfest.com at 3pm ET. Band members will be answering fan questions and chatting at that time.

On Monday, April 27, Trivium will set up a virtual in-store, which they will livestream at 3PM ET at www.trivium.org. Fans can pre-order a CD copy of What The Dead Men Say here and have it personalized by the band, who will be signing copies of the album live during the virtual event.

On Wednesday, April 29 at 3pm ET, Trivium and producer Josh Wilbur will engage in a Q&A session that will broadcast on the band’s Facebook and YouTube.

Lastly, on Thursday, April 30 at 3pm ET, Trivium’s headline show at the Brixton Academy in the UK from 2018 will broadcast on the band’s YouTube channel. The band will be chatting with fans in the comments.

Recently, Heafy spoke exclusively to Forbes about the new abum and how he effectively utilizes the Twitch platform here. He also spoke to gaming site Kotaku about his Twitch activity during the COVID-19 pandemic.

WHAT THE DEAD MEN SAY TRACK LISTING:
"IX"
"What The Dead Men Say"
"Catastrophist"
"Amongst The Shadows & The Stones"
"Bleed Into Me"
"The Defiant"
"Sickness Unto You"
"Scattering The Ashes"
"Bending The Arc To Fear"
"The Ones We Leave Behind"

Trivium released its now-canonical album Ascendancy in 2005. It was recognized as KERRANG!’s "Album of the Year," achieved a gold certification in the UK, and eclipsed sales of 500,000 worldwide. Metal Hammer placed it in the Top 15 of "The 100 Greatest Metal Albums of the 21st Century." It ignited a string of six consecutive Top 25 debuts on the Billboard Top 200 and five straight Top 3 debuts on the Top Hard Rock Albums Chart, culminating on 2017’s benchmark The Sin And The Sentence. That album elevated the group’s total stream tally past a quarter-of-a-billion. Additionally, "Betrayer" received a GRAMMY® Award nomination in the category of "Best Metal  Performance." Unanimous acclaim followed from Decibel, Loudwire, Ultimate Guitar, MetalSucks, and Metal Hammer who dubbed them, "quite simply one of the best bands in modern metal." Not to mention, they performed alongside Metallica, Black Sabbath, Iron Maiden, and many others and graced the main stages of Download,
Bloodstock, KNOTFEST, and more. After two decades, eight albums, and hundreds of sold out shows,
Trivium actualize the all-encompassing ambition they first set in motion back in 1999. On their ninth fulllength
album, What The Dead Men Say [Roadrunner Records], the Florida quartet ascend to an inimitable nexus of masterful melody and hooks, tight thrash, black metal scope, and cinematic extremity.