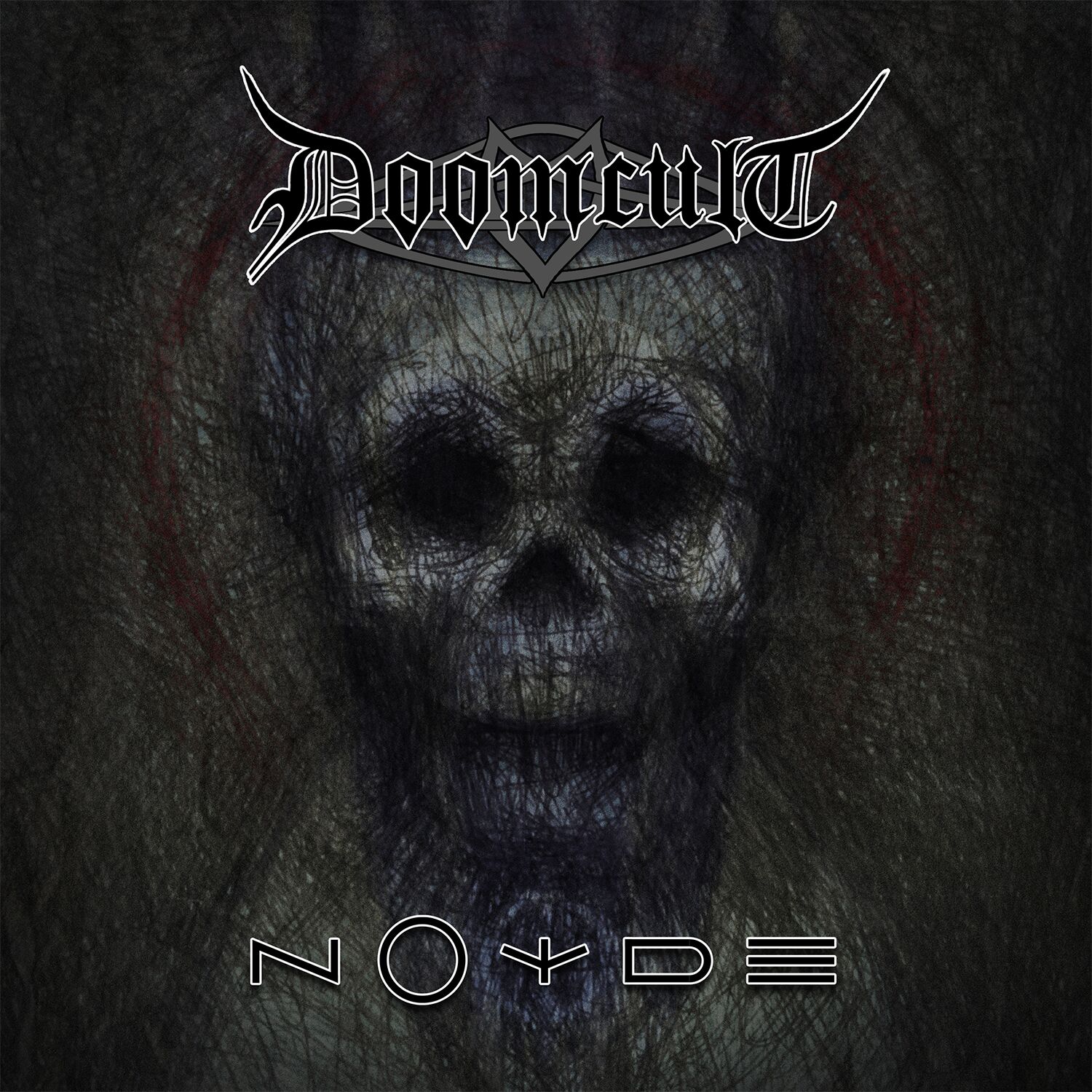 Dutch doom-metal outfit Doomcult join forces with the mighty Noyde from the Ukraine for over 18 minutes of crushing doooooom on a split-single.

Worldwide release via Loneravn Records on all digital platforms on April 26.

Doomcult is a solo project by J.G. Arts. This single features the track Bloodline: the first appearance as a full blown band with a live studio recording. Guitars performed by Willem Verachtert & Harm Neervens, Drums performed by Bart Bisseling, Bass and Vocals by J.G. Arts. Recording took place at the Volver Studios in Tilburg.

Bloodline offers 10 minutes of doom meandering from funeral doom at the start of the song, via a more psychedelic mid-section, to more traditional Candlemassian doom at the end. As always, Doomcult offers eerie atmospheres, plodding drums and sic melodies, combined with intense screaming. Thematically, Doomcult remain true to their own misanthropic discography, with blasphemous anti-establishment lyrics.

‘Certainly being one of the most genuine and spectacular releases that I’ve ever heard on the genre’ Serge (merchantsofair.com)

The Ukrainian project Noyde was created in 2014 by Anastasia Lazarenko, vocalist and composer of the darkwave-project Edifice and guitarist of groove metal band Sunstroke Nikolay Romanov. The main genre of Noyde is pronounced doom metal, with a mixture of various subgenres varying from song to song. Claiming the instability, the band uses various paces, moods, vocal ranges and technics to avoid intellectual stagnation and decline.

"Powerfully effective blend of genres that defy logic, this is art, pure and simple."
by Dave Nowels
(metal-temple.com)

"The slow, heavy riffs sound familiar to me in the ears, and can compete with the better ones from doom-death metal."
by Chris van der Aa
(wingsofdeath.net)