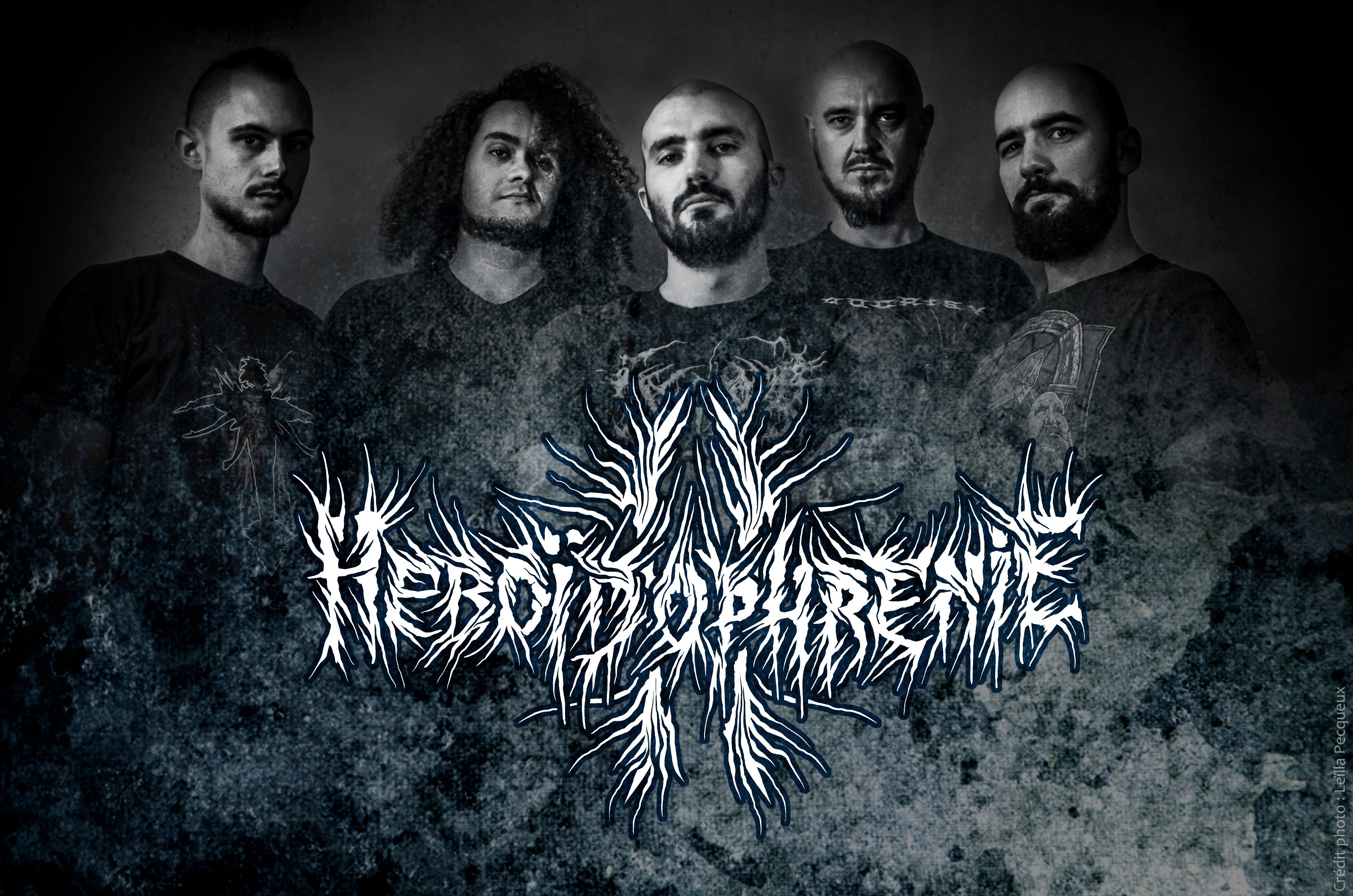 BIOGRAPHY :
Created in 2010, the primary goal of HEBOIDOPHRENIE is to deliver a raw, primary Death Metal, without making concessions, all while drawing its origins in various Extreme Metal styles. Thus, was born in 2013 its first mischief (Full-lenght) "Origin of Madness" whose story is articulated around a poor fool who gradually sinks into the most horrible nooks of the human mind. After having scoured European asylums and dismembered its audience was born, under these aggravating circumstances, its offspring "Cannibalism for Dummies" in 2020. This time, our hero is in full quest for fulfillment and becomes passionate about culinary arts, therefore trying to give us his own tormented vision, to say the least !