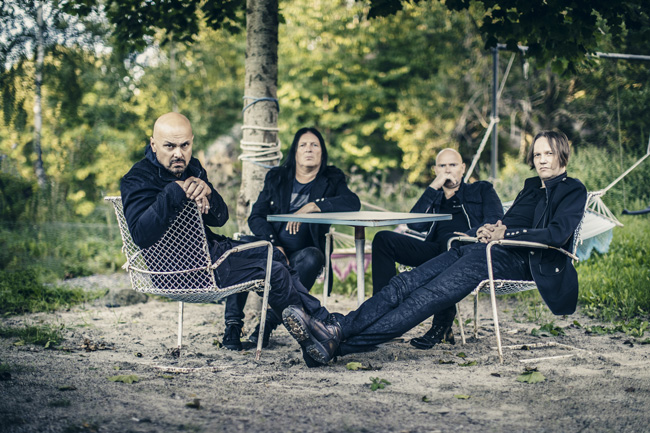 Conception announce special ‘pre-listening party’ for their fans and new tour dates for 2021. Album State of Deception is out today

The first reviews are in and since they are mostly enthusiastic – some even celebrating prog metal legend Conception’s State of Deception as the “comeback of the year” – tension increases for the fans as we get closer to the date many of them have anticipated for so long now. Good news is: It’s only one more day until the Norwegians release their first full length offering in over two decades. State of Deception is available for pre-order (and later order) here: orcd.co/conceptionstateofdeception

While this is a reason to celebrate, there were of course some highlights the band had planned around this special day that are just not possible anymore in the current situation, like the various fan events that had to be postponed or even canceled. For a band like Conception, with a strong connection to their fans, it’s always particularly hard to lose possibilities to spend personal time with them. That’s why the band came up with a few other ideas to stay in contact during this time, talk with everyone on the special day tomorrow, get direct feedback for the new album from some of their most important critics and hopefully bring “a little Conception positivity” to everyone over the coming days, as the band states on Facebook. It all starts with a ‘pre-listening party’ available to fans from today, April 2nd, (orcd.co/conceptionlisteningparty, this link expires at midnight, European time), allowing them to listen to the album before it’s officially out, and continues with an “Ask Me Anything” Q&A Facebook livestream with guitarist Tore Østby on Friday morning, 11:30am (European time). Fans can already come up with questions for that under the band’s respective Facebook post.

State of Deception Tracklist:
1. In Deception
2. Of Raven And Pigs
3. Waywardly Broken
4. No Rewind
5. The Mansion (featuring Elize Ryd)
6. By The Blues
7. Anybody Out There
8. She Dragoon
9. Feather Moves (remastered)

And for all those who missed it earlier this week: There was another great news just in time for the album release! The planned 2020 tour, that had to be postponed for reasons everyone is familiar with, has now new dates and thus become the “State of Deception Tour 2021”. Here’s the official statement from the band:
“Folks, we are delighted to announce that our postponed 2020 tour dates have now been rearranged and confirmed for alternative dates, when the current crisis will well and truly have passed. Existing tickets will remain valid for the rearranged dates, so please do hold on to them. Whilst we had been looking forward to these shows immensely anyway, the extraordinary turn of events we are all experiencing currently only means that we will double our efforts to ensure we deliver to our absolute utmost! So stay safe, and we look forward to playing for you when it is entirely safe to do so.”

Tickets for the new dates and all details are available here:
https://conceptionmusic.com/tour/