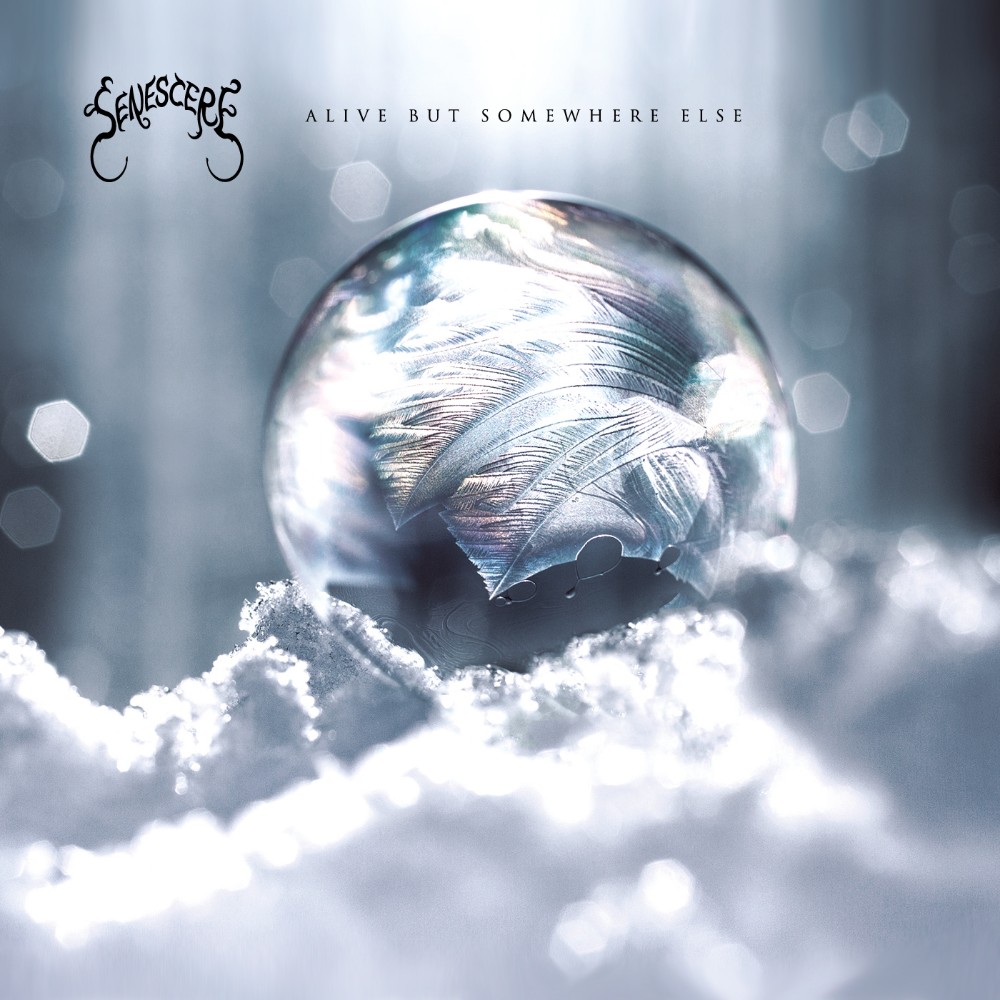 SENESCERE – Alive But Somewhere Else

Looking at the rich, colorful cover and the band’s logo two unrelated things come to mind: the Finnish melodic gothic/death metallers, Sentenced, and the 2nd album from 80s German disco/pop artist Modern Talking, "Let’s Talk About Love", but neither can actually be associated with these progressive melodeath Marylanders and their 2nd installment, beyond the cover, that is. The album is not a laughing matter but quite mature work in the vein of old In Flames, mid-era Dark Tranquility and contemporary Omnium Gatherum with some Tool and Alice In Chains influences, rich instrumentally and compositionally, signaling the entry of a new serious player in the genre.

Senescere was formed in Westminster, Maryland (USA), as an instrumental/acoustic solo-project by guitarist Alden Bradstock who independently released "The Warmth And The Loss" in 2015. For the 2nd album, the subject of this review, Alden coopted Josh Clark (additional vocals, production), Nathan Heavel (bass), and Andy Stark (drums) while debuting growling vocals similar to Mike Hrubovcak’s (Monstrosity, Azure Emote), which, at first, threw me off but quickly assimilated with the music.

Musically, Alden reached into the melodeath’s best and most celebrated caverns retrieving, as previously hinted at, old In Flames a’la "The Jester Race" (Resonate), Omnium Gatherum progression from "Beyond" (Freezing Of The Hillside) and Dark Tranquility of "Damage Done/Character" variety ("The Low Clouds", "Moon And Sun" recalling "My Negation") and old Amorphis as well as Barren Earth (Heartspace), but they can surprise with an almost black metal touch that’s eerily Opeth-ian (Aging Affinity) or a Tool-ish "Aenima"/Alice In Chains-ian stylings (Moon And Sun). Everything is mostly beautifully written and executed.

Unfortunately, the album contains two significant flaws: the production and songwriting inconsistency. Josh Clark’s production is a bit muddy and the riffs don’t have the sufficient power for the proper impact whereby the album sounds flat in places. As for songs, the two Pink Floyd-ian instrumentals, the opener "Freezing Of The Hillside" and "Melted" seem to serve no purpose, except for the latter to maybe kill the momentum after "Alive", which along with "Lost In The Cold" and "Resonate" don’t impress as much as "The Low Clouds", "Aging Affinity", "Heartspace", or especially "Moon And Sun".

"Alive But Somewhere Else" is an excellent testimony to the fact that not everything has been said, done or even attempted in progressive melodeath, with great potential for Senescere to be the next big representative of the genre. If you like albums such as Omnium Gatherum’s "Beyond" or Dark Tranquility’s "Damage Done/Character" you’ll appreciate this one. I, for one, will keep an eye on these guys from here on.

IN SANITY – Welcome To The Show