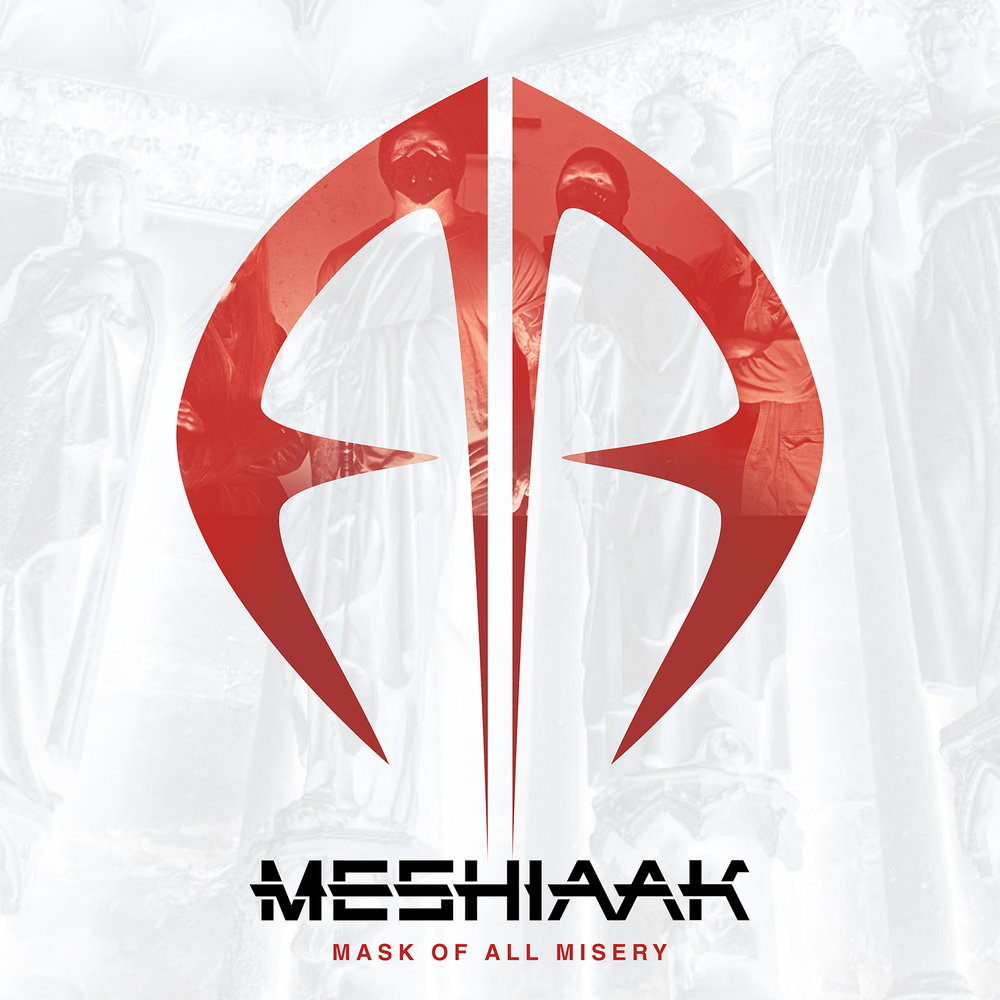 MESHIAAK – Mask of All Misery

Meshiaak’s debut album, "Alliance Of Thieves", was a decent slab of thrash metal with strong progressive leanings, hinting at that direction for the follow up. Released about 3 years later, last month’s "Mask Of All Misery" presents a more mature band, with less thrash and more traditional metal/hard rock leanings, even blurring the line between the two genres throughout the very good, if inconsistent effort.

Named after Hebrew term "moshiach" (messiah), the band was formed in 2014 in Melbourne, Victoria, Australia. Although Meshiaak is not a Christian band, per se, one of the founding guitarists, Dean Wells, is apparently a Christian from a progressive Christian metal band Teramaze, so, naturally, Meshiaak’s lyrics tend to lean in that direction which was immediately evident from the debut album "Alliance Of Thieves" (2016). Expertly produced, "Alliance Of Thieves" was Slayer-based thrash carefully flirting with alternative and hard rock melodicism surrounded by powerful Machine Head-ian riffing, instrumentally impressive but struggling for compositional balance. Seeing as this was a debut I nevertheless saw the potential I looked to see fully realized on the follow up.

"Mask Of All Misery", a 10 track affair recorded as Daniel "Danny Tomb" Camilleri (guitars, vocals), Dean Wells (Teramaze) (guitars), Nick Walker (bass) and David Godfrey (drums), is a much braver, riskier effort. We will surely find thrash metal scorchers, such as the Exodus/Death Angel/Testament styled "City Of Ghosts" or the Machine Head-ian "The Blackening" – leaning closer, the favorite, "Godless", with plenty of roaring and heavy riffing in between, but the album is very carefully structured and could rightly be called progressive. Take the Queensrÿche/Alice In Chains flavored excellent melodic number, "Bury The Bodies", or the emotionally explosive ballad "Doves", fabulous, despite its clear Nickelback inspiration (Nickelback wishing they could write something half that good, that is) or the explosive progressive Shadows Fall-like "Face Of Stone" with the best and the most complex chorus or Faith No More-ic "In The Final Hour". These are all testimony to Meshiaak’s impressive compositional abilities as well as to the progress they have made since the debut.

Needless to say, the individual performances, aided by the excellent, vibrant, organic, powerful yet clear production, are superb, especially the newcomer’s David Godfrey’s who hits his drumset with precision and power as though asking: "Jon Dette (ex-Slayer, ex-Testament), who?", in reference to his predecessor’s departure. But there’s a single performance which blew me away from the first listen and that’s the work of Mr. Daniel Camilleri (guitars, vocals). I have already written of both his compositional and guitar prowess purposely understating his vocals up to this point. What this man is capable of and what he presents on this disc is so incredible, he can rightly be compared to the likes of Queensrÿche’s Geoffrey Wayne "Geoff" Tate or Evergrey’s Tom S. Englund or Metallica’s James Alan Hetfield (Bury The Bodies), Faith No More’s Michael Allan "Mike" Patton or Anthrax’s Joseph "Joey Belladonna" Bellardini (In The Final Hour), Slayer’s Tomás Enrique "Tom" Araya or Trivium’s extraordinaire Matthew Kiichi „Matt” Heafy (title track), Dark Angel’s Mark Osegueda (City Of Ghosts), Shadows Fall’s Brian Fair, Nickelback’s Chad Robert "Kroeger" Turton (Doves), the Christian rockers’ Casting Crowns’ John Mark Hall (with the vocal lines in "Doves" clearly echoying "Slow Fade") and many others I can’t quite identify. His range is incredible and he is the most progressive and the most highly developed aspect of the band barely on their second album!

Enough of the praise, as the album does contain significant flaws which keep it from scoring higher. While the emphasis on progression at the cost of less thrash is a winner for half the disc, some songs stick out like sore thumbs, even appearing as if they were hard rock covers. I particularly get that from "Tears That Burn The Son", a simple hard rocker based around a riff similar to Alice In Chains’ "Man In The Box". Outside of Camilleri’s fantastic vocal performance, the track is not much to write home about. Similarly, the opener, "Miasma", brings to mind Machine Head-ian instrumentals such as "Real Eyes, Realize, Real Lies" or "Imaginal Cells", both of which sounded like stillborn thrash attempts to begin with. But "Miasma", especially because of its interesting synth/violin arrangments, alerts us to the fact that half the album are arena-oriented songs (although NOT AOR) with very simplistic structures on the basis of one or two riffs. The riffs themselves may be great but why not make them a part of a more ambitious composition, after the manner of the perfectly balanced "Godless", which marries the ferociousness of Corrosion Of Conformity’s "The Door" with Pantera-ic groove and thoughtful profuse melodiscism of Trivium’s "Declaration"?

Instead of making a thrashier, meaner follow-up to "Alliance Of Thieves", Meshiaak chose to go the way of Metallica of "Load/Reload", Megadeth’s "Risk" or even God Forbid’s "Earthsblood". Depending on their intent, they either succeeded or they didn’t. In terms of stylistic variety "Mask Of All Misery" is a winner, but as far as song quality is concerned, the Australians are only halfway there. Here’s to hoping they will achieve that delicate balance on disc number 3.