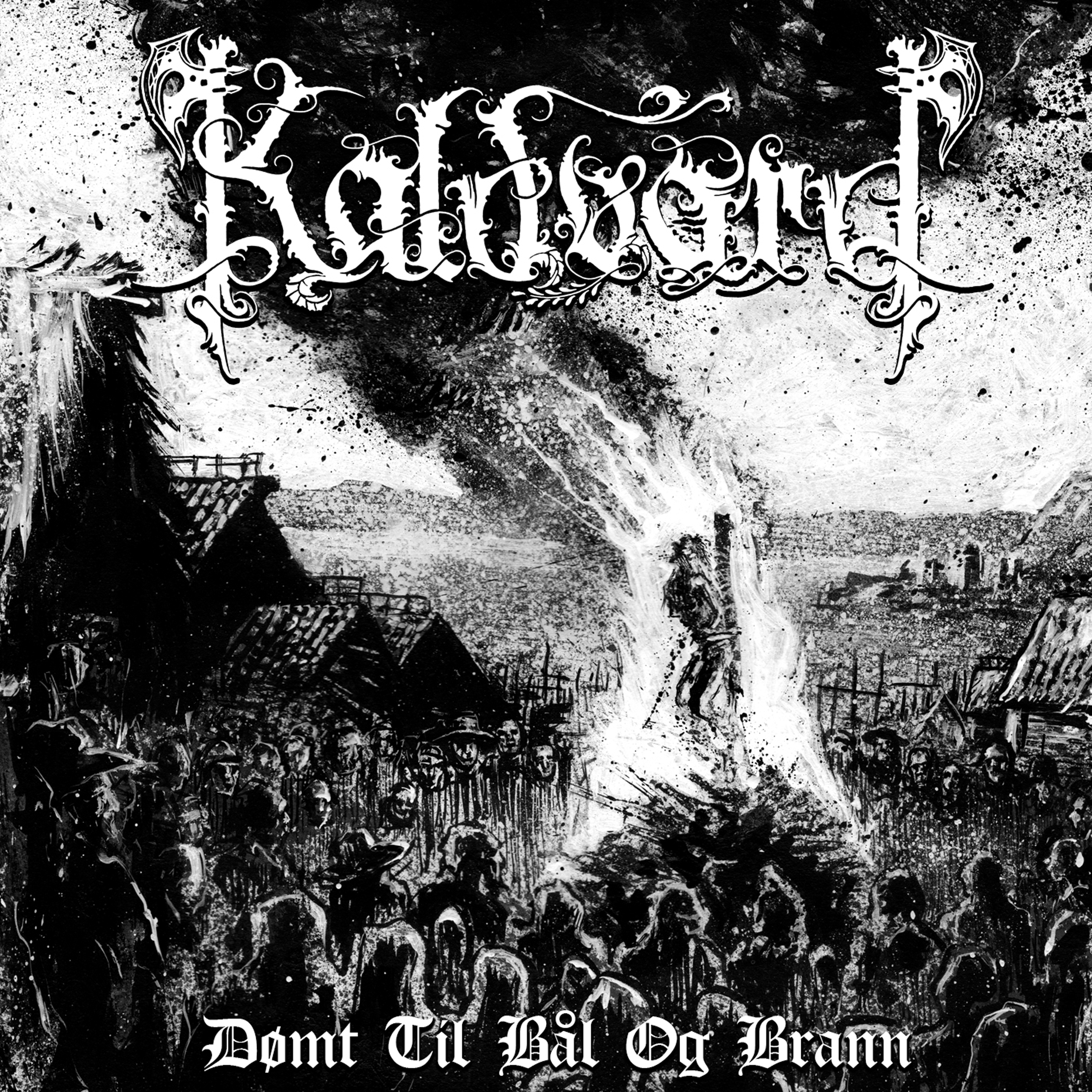 Last year yours truly had the pleasure of reviewing Kaldvard’s very first output, namely the 8-track offering that was “Fossegrimens Pant”. Although I was not blown away or swept off my feet by that particular release, their intriguing mixture of pagan metal and black metal had potential aplenty to it and there were some truly beautiful melodies to be found on the thing. I am delighted to say that this upcoming effort of theirs entitled “Dømt til Bål og Brann” is way better and comes across as a much more confident and determined piece of work with a clear focus and a strong sense of discipline coursing through it from beginning to end.

As with its glorious title, the actual music is evocative and hugely atmospheric, and listening to the seven majestic compositions that constitute this album as somewhat akin to embarking on a journey through medieval history and the dark ages. I suppose another way of phrasing that would be to say that this new batch of material lends itself well to the imagination and possesses the ability to transport the listener back in time, if that makes sense. The sound is pretty decent too and I love the fact that it strikes a real good balance between rawness and bombast. Another thing that really stands out here is the arrangements and how much more connected the various different parts seem this time around compared to the “Fossegrimens Pant” demo. There is a great flow to “Dømt til Bål og Brann” that displays growth on the part of the band with respect to crafting dynamic tunes that function as cohesive pieces, and the entire affair reads and works like a tale or a story of sorts, which is obviously a brilliant thing.

Acts such as Galar, Cor Scorpii, and Helheim do come to mind when listening to this melodically rich opus, but I think it is fair to say that Kaldvard have stumbled on a musical feel and expression of their own here as opposed to ripping off others. Interestingly, the skilled V’Gandr (Helheim, Taake) makes an appearance on the song titled “Tilbake” and as usual, he delivers the goods. The same goes for Ares (Aeternus, ex-Gorgoroth) who turns up in the epic title track (which focuses on Anne Pedersdotter – a supposed witch who was famously burned at the stake in Bergen, Norway). As to my personal favorite and album highlight, the one named “Lyderhorn” is pretty damn marvelous thanks to its solemn vibe, diversity, and meaty riffs, and it is arguably the most haunting and passionate cut in the Kaldvard catalog yet.

I am highly impressed by “Dømt til Bål og Brann” and it is fantastic to see just how much these guys have improved since their debut album. If black metal and/or pagan metal appeals to you, make sure you check this inspired, consistent, and memorable record out.