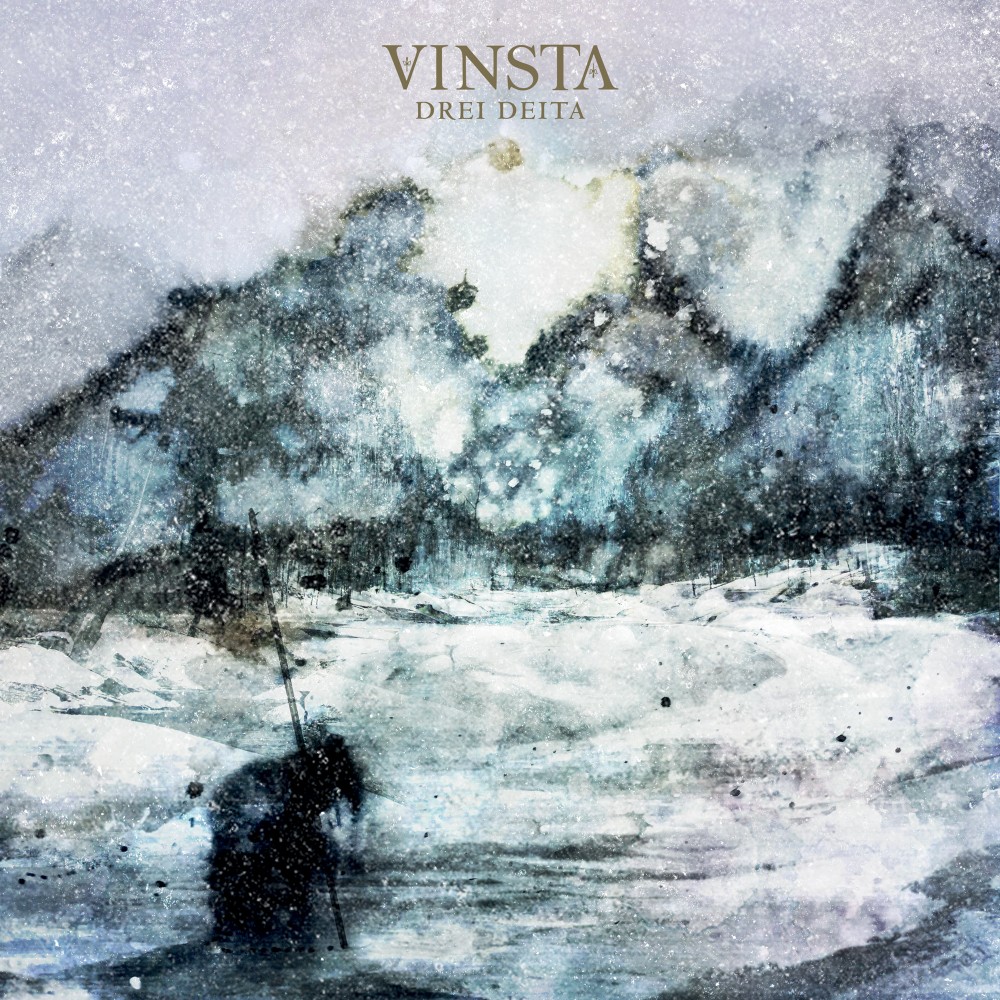 A little while ago I reviewed the new Haunter album, an impressive take on the old Opeth, having remarked on how many bands attempt to tap into that, admittedly, rich vein. This Austrian yodeling melodic death/folk duo has a similar approach, but draws the line between ancient Opeth and where Opeth begun to get bored with death metal, with mixed results.

Formed in 2014 as a solo project of one Christian Höll (all instruments, vocals, drum programming), Vinsta (Dark) debuted with eponymous album of purely folk (as in: zero metal) music before incorporating progressive melodeath on their 2nd LP ""Vinsta Wiads" (2017). For the creation of, this here, 3rd endeavor, Christian recruited female singer and violinist, Monika Hahn whose violins have a tone reminiscent of My Dying Bride or Extol (especially on "Undeceived"). Thus, while the debut introduced folk and the follow up progressive melodeath, the 3rd album balances the two elements.

Most songs are very good if a little self-indulgent, such as the first track proper, the over 9 minute "Weisse Deckn" (White Mantle) or the "Morningrise/Still Life" Opeth-ian "Tiafn" (Depth), where, at times, Vinsta seems to forget the hooks and just go progressively folk, although the latter number’s recalling of the "April Ethereal" ending is a pleasant flashback. To recognize Christian as good a songwriter as members of In Mourning or Katatonia consider the Extol-ic "Raunocht" (Harsh Night) or "Heir Apparent" Opeth-started "Fiachtn" (Fear), with a touch of Dark Tranquillity-ic melodicism, whereby repeated exposure allows for increased, not diminished listening pleasure, while the production values really shine through every instrument. Are these songs the blast of brilliance in the otherwise elegant tapestry or, rather, are those my personal anesthetics rearing their head?

There are two significant flaws of "Drei Deita" (Three Foreboders): self-indulgent songwriting and songwriting quality/complexity inconsistency. In this the demarcation line between 1996-2003 Opeth (Opeth loves death metal) and 2005-2011 (Opeth begins to fall out of love with death metal and finally divorces it for progressive rock) is drawn, but it is at the cost of songwriting quality, hence the ho-hum "Oafocha Loda" (Simple Man), title (!) track (Three Foreboders) and the closer Einklong (Harmony). This is the kind of mainly acoustic progressive noodling that never made me a rabid Opeth fan, only a selective one.

In the market saturated with Opeth clones, it is good to hear some good material from Vinsta and discover that yodeling, when appropriately handled, can add an innovative touch to extreme values, but Christan Höller should have spent more time editing before hitting that "record" button, on one hand, and more time composing, on the other. The album, although, overall a very good one, feels unfinished and here’s to hoping the 4th exposure will provide that much needed closure.