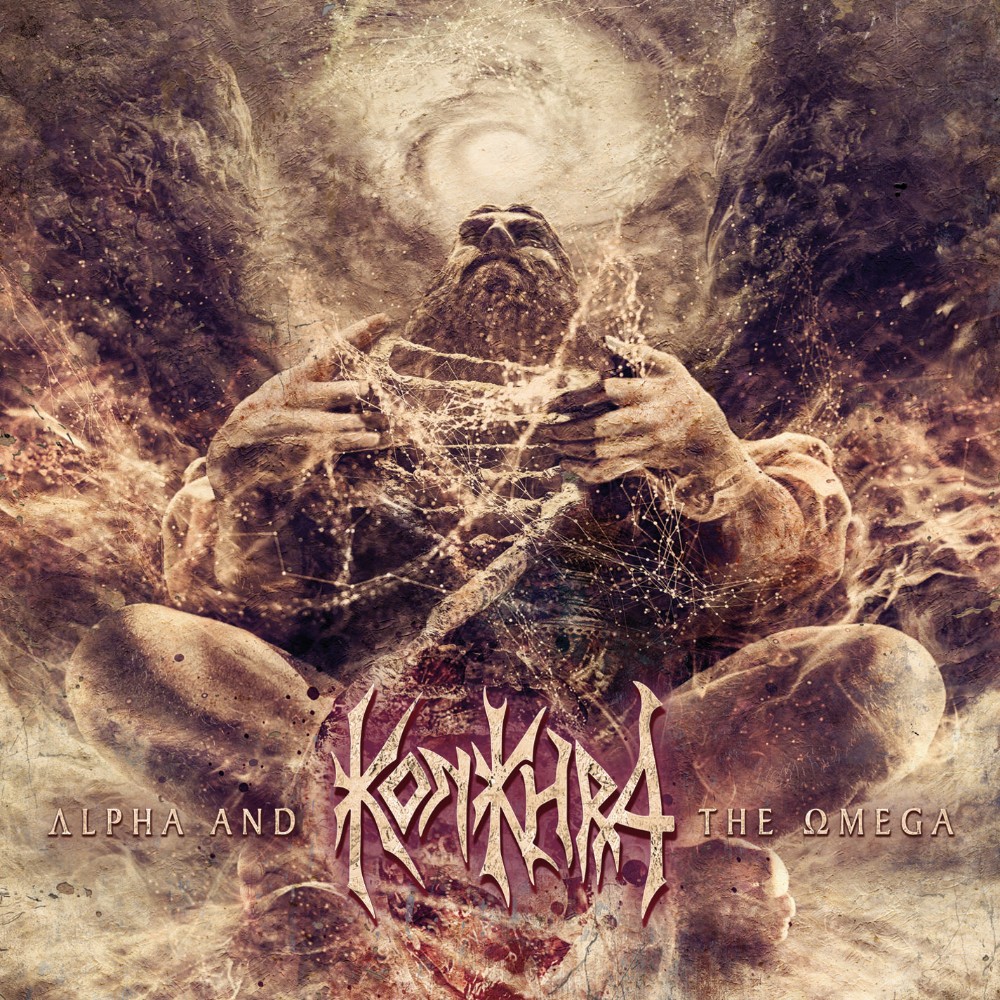 KONKHRA – Alpha And The Omega

In the early 90s, thrash/groove, spearheaded by Exhorder, Pantera and Machine Head, stood up to the sudden grunge/alternative tsunami, and later to nu metal and metalcore. Some adapted to stay popular but others, such as this Danish quartet Konkhra refused the change. Their 7th full length finds them doing very well while able to meld not just two but three genres into one.

Born Vicious Circle in Copenhagen, Denmark, in 1988, the ensemble changed its name to Konkhra, in 1990, debuting, accordingly, with "The Vicious Circle" demo (1990), then "Sexual Affective Disorder" 3 years later. My first encounter with the band was the third, "Weed Out The Weak" album, (1997) which had legendary James Murphy (ex-Death, ex-Obituary, ex-Testament, etc, etc.) as well as Chris Kontos (Machine Head’s "Burn My Eyes" drummer) on it. I particularly liked "Crown Of The Empire" with its ability to seamlessly meld Testament-ian thrash with Machine Head-ian groove. Back then, albums such as "Low" and, especially, "Burn My Eyes" and "The More Things Change…", respectively, were my daily musical bread, and anyone who could combine the three had my immediate attention. 4 albums later we have, this here, 12 track 7th album starring Anders Lundemark (vocals, guitars), Kim Mathiesen (guitars), Martin Kristensen (bass) and Johnny Nielsen (drums), an album recorded a whopping 10 years after the last one (Nothing Is Sacred). Have they managed to stay relevant in the often capricious and unpredictible scene?

I may have lost track of Konkhra for over 20 years but I am happy to report they have not only failed to lose their grit but managed, in addition to their Testament/Machine Head/Pantera/Sepultura thrash/groove, to incorporate death metal stylings of Nile, Behemoth or early Fear Factory for a thrash/groove death album where it is often hard to tell the 3 genres apart from one another. Compositions such as the very well written opening title track or the more ambitious, slightly progressive "Darkest Millenium" are a testimony to their strengths and songwriting ability, while the "Replica/Descent" Fear Factory-ish "Sandblasted" with industrial style samples proves, for the most part, that Konkhra are not a one trick pony, which brings me to the flaws.

It is that one trick pony syndrome in a few tracks which causes the album to sound a little safe for what most of the material showcases. The Nevermore-ish/Nile-istic "Collosal Rains" Paradise Lost-driven "Thoth" is fine as an experiment but it is a very simple song, while "Blood Reign" seems to ride on a single riff in different configurations which can get boring if you’re not Omnium Gatherum or Insomnium. The video single "Floodgates" is a ferocious uncompromising thrash anthem and so is the "Dictatorshit" Sepultura (also) closer (I Am Pharaoh) but they are both a little short and the near-Pantera tribute "By Instinct Be Driven", opening with a riff similar to Trivium’s "Rain", is a little messy, with some diabolical laughter suggesting a tongue-in-cheek approach.

Overall, Konkhra seems to be focusing too much on the Pantera/Lamb Of God groove (Divine Wind, Babylon) and not enough expansion into death or thrash causes the listener to become a little irritated the way a listener of some latter Lamb Of God may get. Finally – and this is a big one – there’s very little melody, mostly in the, admittedly excellent Megadeth-ian leads (Bow To Moloch). Even if Konkhra intentionally moved away from the verse/chorus structure, there are moments where "Alpha…"could have benefitted from a well-placed hook or melody instead of constant merciless pounding of the weary flesh. Some reviewers also complain about the production which is, indeed, a little muddy, but it is not exaggerated and that aspect could be rated an easy 5/6 on its own.

With "Alpha And The Omega" Konkhra proves that, like their biggest influence, Testament, they age like wine, with incredible power and skill, wherein they give Lamb Of God or even defunct Pantera a run for their money while leaving present day Sepultura in the dust of its former glory. Their prowess may not always translate to great songwriting but that is why I think we have not heard the last from them and they will yet positivily surprise us.