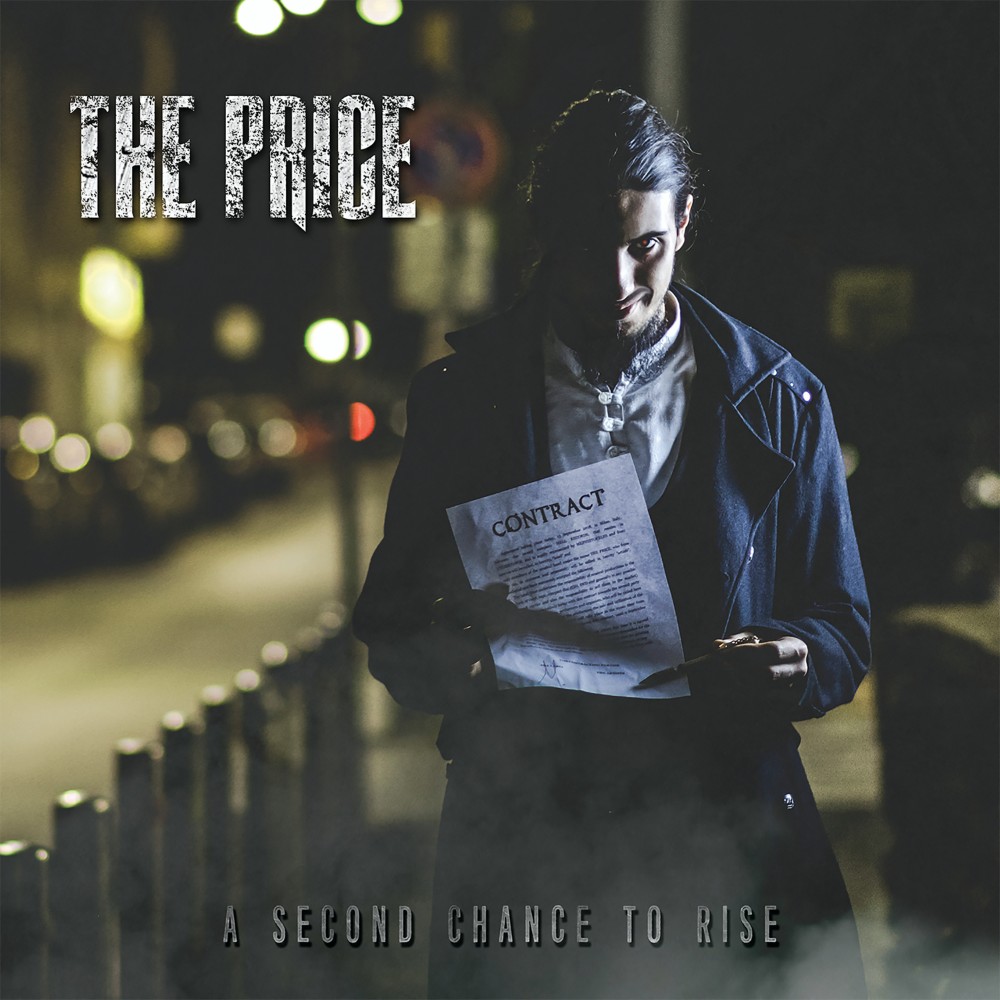 THE PRICE – A Second Chance To Rise

The Italian producer, musician and songwriter for numerous Italian projects, Marco Barusso, sums up his overall experience in a pop/rock/hard rock solo project involving numerous session musicians, with influences ranging from Pink Floyd to Nevermore, with good if inconsistent, but mostly formulaic, songwriting.

Marco Barusso is known from his tenure with bands such as Heavy Metal Kids (2002-2010), Cayne (2006-2014) as well as involvement in Lacuna Coil, Him, Thirty Seconds To Mars and Coldplay, and a long list of Italian mainstream artists. The Price (and its first installment, "A Second Chance To Rise") is a synthesis of his journey as a musician, songwriter and a producer for the aforementioned bands. As such, it is a solo project but it involves many renowned artists from the international and Italian music scene, some of whom he worked with in the past. The nature of solo work is usually not commercially oriented but is "art for the sake of art", that is, it is mainly created to please the creator. It appears this is also the case with The Price, although I can see how some of these uncomplicated songs could become commercial hits.

The disc starts out with one its best moments (Tears Roll Down), as the Tom Petty-sque catchy chorus and some Pink Floyd-ean guitarwork bodes well for the rest of the 12 tracks. "MG Of Stone" recalling Soundgarden, and the Breaking Benjamin meets Linkin’ Park (a’la "2 Minutes To Midnight") "My Escape" both engage with a very melodic, catchy tapestry, but this is where the album takes a nosedive and does not recover until the second half with the ballad-ic "Stormy Weather", a hard hitting number recalling Seven Mary Three (remember them?), Collective Soul (where are they now?) and, very effectively, Alice In Chains. "On The Edge Of Madness", recalling Katatonia’s "Discouraged Ones" is even better, indeed, probably the best track, certainly with the best chorus. Again, the material is pretty average thereafter, until the very strong Nevermore-ian closer (Strange World) with humanistic philosophical lyrics, a very fitting end for the record.

The biggest flaw of this album, which ties in with and influences the other flaws, is the boring and flat production which sounds totally uninspired, whereby even the best tracks could have been better had the production been dynamic instead of this soulless Counting Crows pop tart studio-micromanaged fluff. Don’t get me wrong – you can do pop or rock or even easy listening and have a killer production which emphasizes every aspect or you can kill even a brutal death or black metal album with a plastic production. In fact, it is a good thing I know that this stuff is Italian, otherwise you could have fooled me with the American paper-or-plastic crap sound which overwhelms every audio channel in the world today, from department store elevators to radios installed in shower cabins. We have a saying in Poland for this, "ciepłe kluchy" (literally "warm noodles", figuratively for something lukewarm and lame), which I think totally aplies in this case.

Accordingly, to turn to the next flaw, which is songwriting, when the tracks themselves are bad and uninspired it really shows. Take the djent approaching nu metal of "Enemy" or the bad Soilwork-sounding emulating In Flames’ "A Sense Of Purpose" riffing of "Under My Skin" or Tool-ish "E.C.P", what do they all have in common? They have some of the most unininspired and rushed poppy choruses I have ever heard. The alternative American 90s were full of such fluffy thieves of the radiowaves. I realize this may be one of the most scathing negatives sections in my reviewing tenure where the score is actually fairly positive, but it is precisely where the 2 points deduction lay.

What Marco Barusso wanted to do with The Price has been accomplished, but why he chose such a flat, fluffy, uninspired production for it, considering some of his more metal past associations, is a mystery for the ages. He plans on making several videos which deal with human pathology in domestic relations and its consequences, eventually hoping to turn it into a small movie. Good luck with it, but please, if you continue The Price, to borrow from the 90s Christian Slater movie classic, pump up the volume!

OXX – The Skeleton Is Just A Coat Hanger