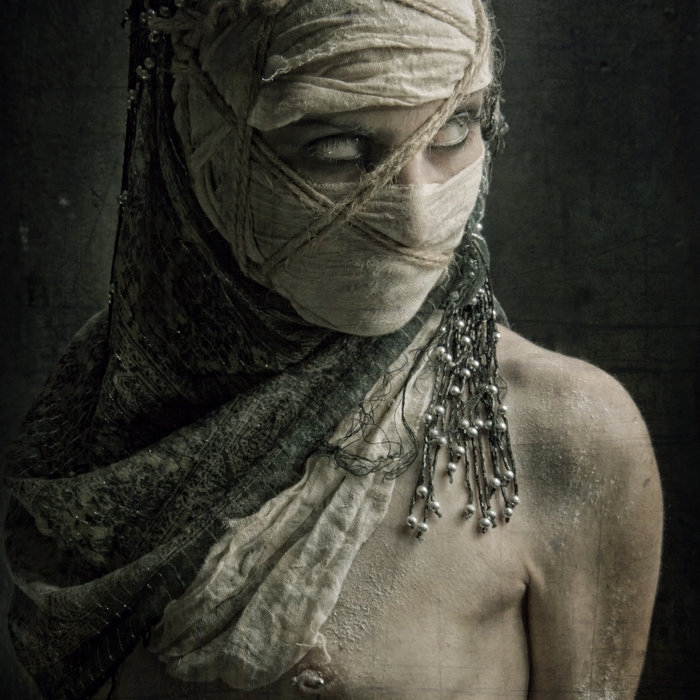 Odious, having formed in 1998, independently released their first demo "Summoned By Night" twice (2000, 2003), slightly altering it for the re-release, before finally securing a deal with Sleaszy Rider Records for their debut full length, "Mirror Of Vibrations" recorded as a quintet Rami Magdi (drums, tabla), Bassem Fakhri (vocals, keyboards, orchestrations), Mohamed Hassen (lead guitars, oud) Alfi Hayati (bass) and Mohamed Lameen (rhythm guitars). The 2007 original contained two instrumentals from the demo (Silver Sea, Dillemma) which opened and closed the album in the same manner as on that demo. Odious released their 2nd album, "Skin Age", in 2015 on The Leaders before Shaytan Productions expressed interest in re-releasing the debut without the demo instrumentals and in altered track order. Thus, this here "Mirror Of Vibrations", released March 22, 2019. Having not heard the original I am in no position to compare the two so I just assess this album as any other debut.

The first association created by the opener (Poems Hidden On Black Walls) is Sadist’s marvellous debut "Above The Light", particularly the superb "Enslaver Of Lies" in both the atmosphere and raw sounding riffing, the second, Cradle Of Filth’s "Cruelty And The Beast" for the chaotic melodicism, while the slower, more monumental moments recall My Dying Bride’s death/doom masterpiece "The Cry Of Mankind". The Egyptian folklore somewhat reminiscent of early Nile, interwoven throughout the decidedly black metal stylings becomes more dominant on "Deaf And Blind Witness", together with bombastic keyboarding reminiscent of Therion’s brilliant debut "Symphony Masses: Ho Drakon Ho Megas", which becomes very influential from now on all throughout the disc. Not until the magnifiscent "Invitation To Chaotic Revelation" does Odious truly spread their creative wings, breaking the standard fare black metal pace for ebbs and flows, combining Dimmu Borgir-ian epic and Cradle Of Filth’s chaotic melodic sensibilities while savagely bombarding it with Egyptian snake-charming folklore, Opeth-ian acoustics interwoven for good measure.

Nothing could have prepared me, though, for the masterpiece that is "Smile In Vacuum Warnings", where I was not only at loss for words but also could not name a single influence, track perfectly balanced, with great dramatic transition gradually intensifying for excellent dynamics, the sort of music you seem to absorb not merely with ears but with all five senses, to say nothing of the sixth which awaits to awaken through the opening of your third eye. I’m not sure if the closer (Upon The Broken Wing) is less impressive or perhaps just slightly overshadowed by the predecessor but I still found its nods to Amorphis’ "Tales From A Thousand Lakes" or the parting Paradise Lost/Dark Tranquillity melody spellbinding.

With all the accolades for the standouts which showcase their creativity (a careful reader of this review could detect a break-in-praise) there are some tracks which, by no means fillers, seem to just plod along without so much as raising the temperature of blood which will boil later. "For The Unknown Is Horrid" should appeal to fans of melodic Hypocrisy or My Dying Bride but I am not convinced by the construction, while "Split Punishment" seems to rely too much on the momentum, not to mention what comes next. Then again, this was a debut and for a debut to have already masterpiece tracks is unusual while fillers are more common, expected and therefore accepted.

"Mirror Of Vibrations" showcases Odious’ tremendous creativity, attention to detail and brilliant understanding of dynamics and balance and Shaytan Productions did well to reload it to wider acclaim and possible reaching out for "Skin Age", as I intend to do.

EXCUSE – Prophets From The Occultic Cosmos

BROTTHOGG – Echoes of the Past